The listing for this new-construction duplex in Mechanicsville makes no bones about it: This place is for people who want to live tall near downtown.

Climbing five stories above Ormond Street (if you count the garage entry and rooftop hangout zones), the street-fronting Unit A listed this past weekend at $529,000, which would notch a new sales record for Mechanicsville.

Listing agent Bill Harris of PalmerHouse Properties says the other half of this duplex, Unit B, will be ready for sale within about a month.

With 2,865 square feet, the first option to list isn’t short on sheer space, counting three bedrooms and three and ½ bathrooms throughout. (The pricing breakdown of $185 per square foot is a ship that sailed years ago in most eastside neighborhoods.)

But as the priciest home listing in Mechanicsville at the moment, it’s aiming to set the new sales benchmark for the neighborhood, eclipsing a smaller townhome’s $490,000 deal in October. 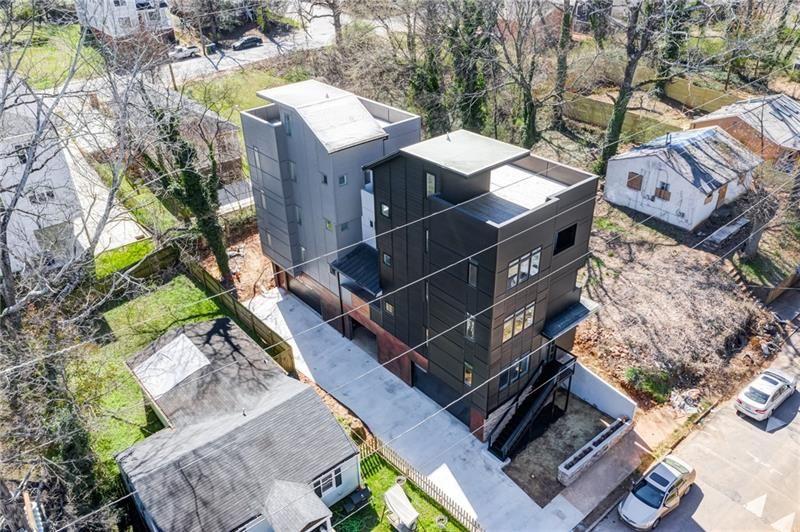 Equally tall Unit B is located at the back of the property. Photography by Cherokee Drone Services; courtesy of PalmerHouse Properties

Perks include a sprawling rooftop space with views that capture downtown and many points east and west, including Center Parc Stadium (formerly Turner Field). There’s a two-car garage described as “rare” at the base, plenty of hardwoods and quartz, lighting choices that qualify as chic, and a private terrace off the owners suite well-suited for virtually any type of activity. One thing missing: an elevator. Which could be an issue for anyone not accustomed to—or who can’t physically handle—the walk-up lifestyle.

The building type, as audacious as it may seem, is nothing new to Mechanicsville.

A wave of modern townhomes in the neighborhood began just down the street with the TaC Studios-designed Ormond Overlook project, completed about 15 years ago. The MetroVille townhomes on Pryor Street (sold out before construction finished), and more recently the Vertical Row project, have continued the trend. 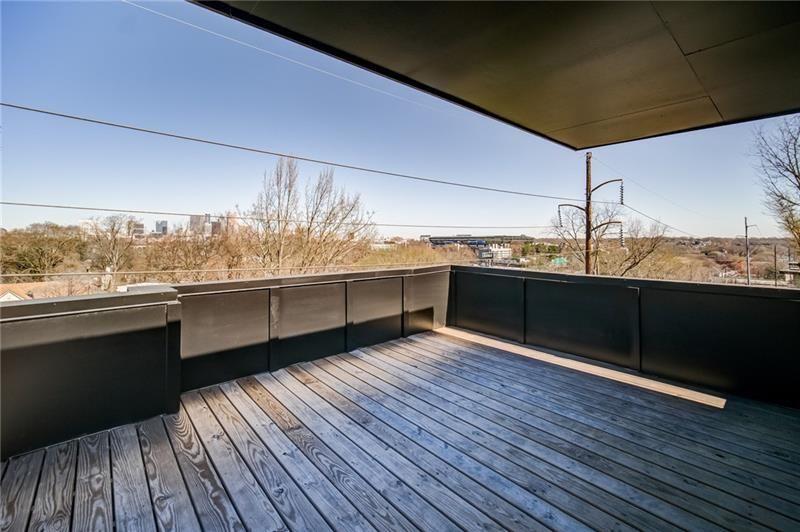 The listing cites everything from Grant Park and The Beacon to The Benz and Summerhill’s coming-soon Publix as selling points for the area. Have a gander in the gallery above—no glute workout required.