Georgia Tech is putting plans in motion that officials say will set the stage for the next phase of Tech Square’s evolution: a block-altering, multi-tower project that’s been percolating for more than two years.

Two low-rise buildings fronting West Peachtree Street will be razed for what demolition permits describe as “an interim parking lot on gravel and grass pavers.” 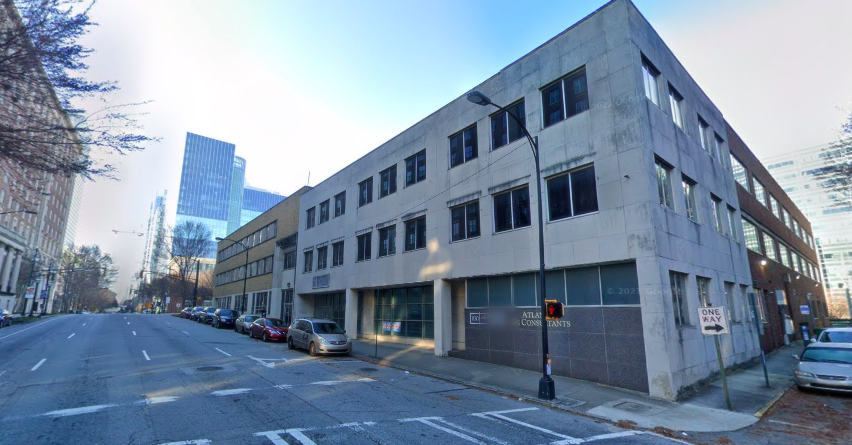 That eastern side of the block is being converted into a temporary campus “flex area” for additional parking and greenspace, where outdoor concerts, food trucks, and pop-up restaurants are also expected to be staged in the short term.

The flex space will eventually house a complex totaling 400,000 square feet with at least two towers. 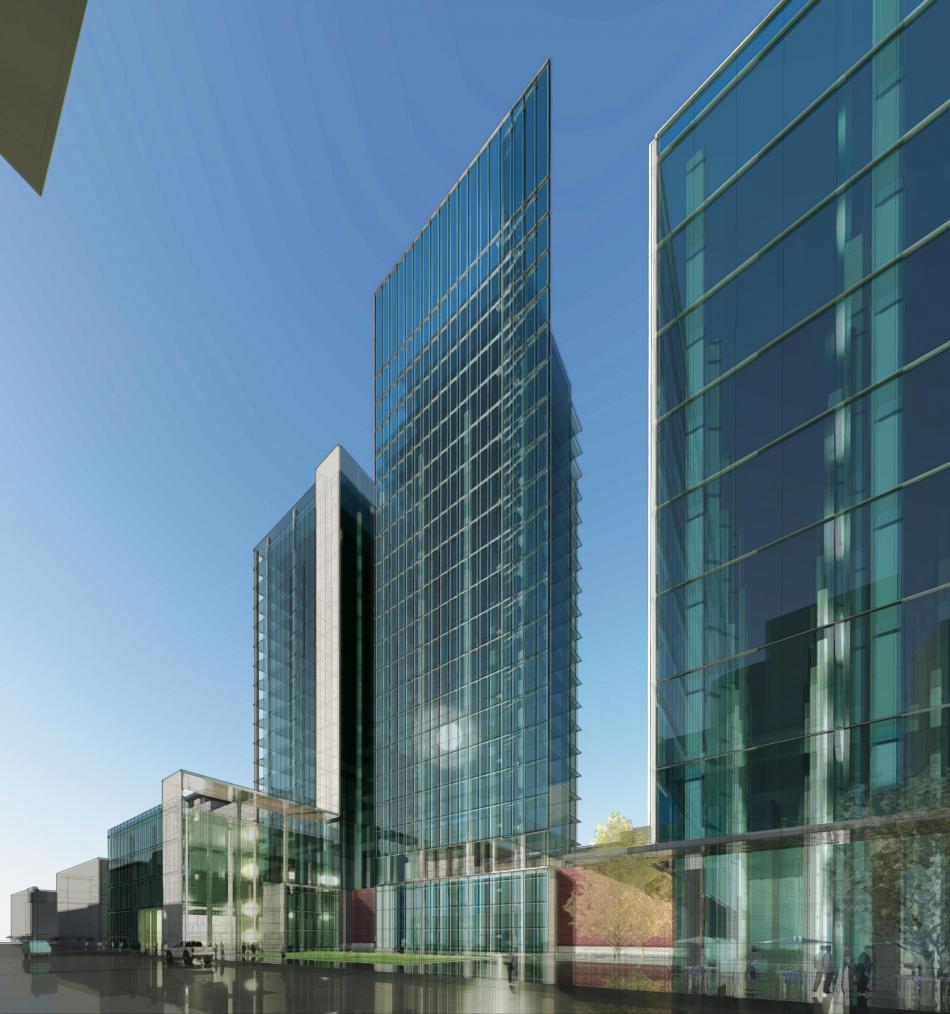 The most recent Phase III rendering available. Georgia Tech says designs in this artistic interpretation are likely to change. Courtesy of Georgia Tech

Named for philanthropists Penny and William “Bill” George, the George Tower will be home to the highly ranked H. Milton Stewart School of Industrial and Systems Engineering, in addition to other programs, according to Georgia Tech.

Tech officials say both new Phase III towers are scheduled to open by 2025.

In the meantime, demolition work will close sections of the block’s existing parking lot and sidewalks.

To help mitigate that, part of 5th Street’s westbound lane will be converted into a bike lane, while eastbound lanes remain open to cars and bikes. Biltmore Place will be westbound only, according to project leaders.

This preparatory work for Phase III is set to last until February, and updates on construction are expected to be issued in coming months. 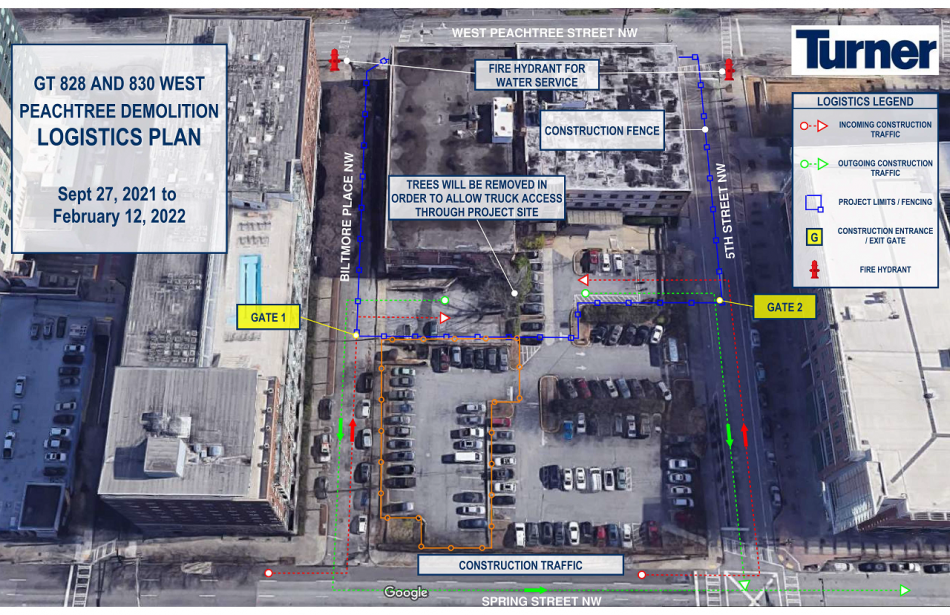 Plans for the Midtown block throughout fall and winter. Courtesy of Georgia Tech

The block and bike lanes in question at 5th and Spring Streets, as seen in December. Google Maps

The first sections of Tech Square opened in 2003, transforming what had been barren lots on the western edge of Midtown into an educational hub on the opposite side of the Connector from Georgia Tech’s campus.