Saved from a ghastly state of disrepair four years ago, this midcentury modern dwelling in Southwest Atlanta recently came up for resale—and quickly drew interest from prospective buyers far and wide.

It’s not hard to see why, especially for anyone eying ATL from pricier markets.

“I received calls from buyers on it from around the nation, as far as Miami and Los Angeles,” says Atlanta Fine Home Sotheby’s agent Arvie Magnuson, who holds the listing.

Built in 1960 with a hallmark butterfly roof, the three-bedroom, two-bathroom residence is perched on a hill in the pint-sized Westwood Terrace neighborhood, a magnet for retirees near John A. White Golf Course and the wooded trails of Lionel Hampton-Beecher Hills Park.

Scenic Westview Cemetery is a couple of blocks north, and the BeltLine’s Westside Trail is due east. 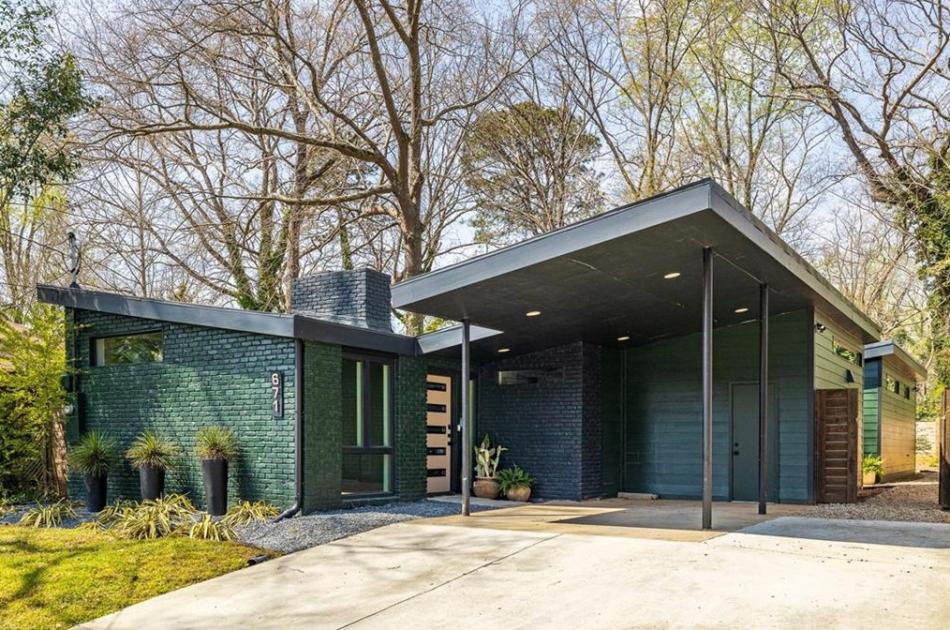 The new hue applied by the current sellers, with the distinctive carport at right. Photography by Daniel Stabler; courtesy of Atlanta Fine Homes Sotheby’s International Realty

Marketed as an architectural “gem” in a quiet setting surrounded by trees and privacy fences, the 2,105-square-foot property listed Thursday at $550,000.

The first of eight offers started coming in by Saturday, Magnuson says, and the home was pending Monday. 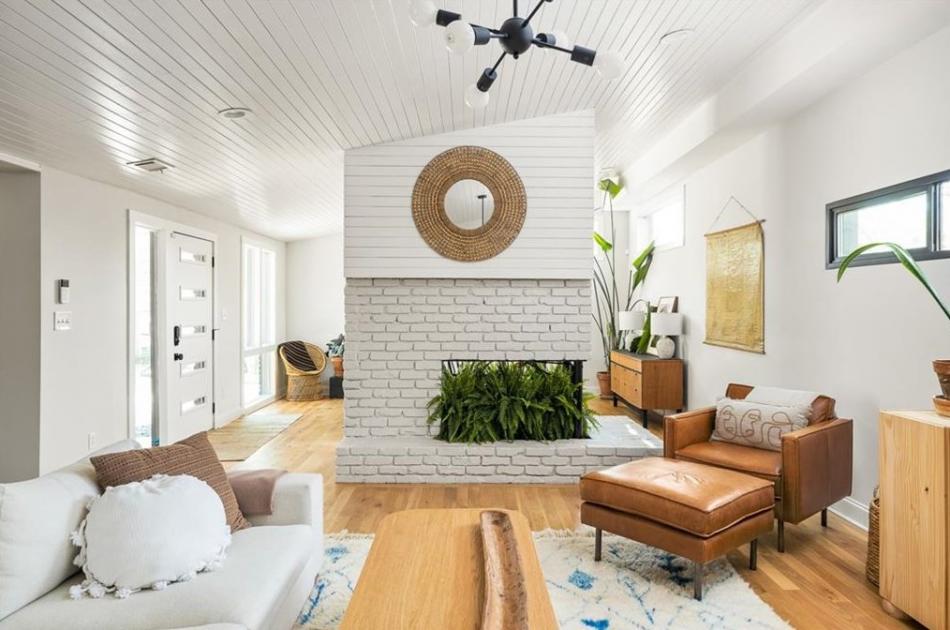 Cool features include a wood-paneled patio cove off the kitchen, a hip backyard hangout, and a central fireplace that couldn’t be much more quintessentially MCM. An added bonus, in Magnuson’s estimation, is that the current sellers painted the exterior back to its original groovy green.

Records indicate the home last traded—following its rescue from decrepitude—for $379,900 in late 2018. Swing up to the gallery for before/after glimpses, and to see what north of a half-million buys southwest of downtown today.