Four years after it began delivering, a multifaceted Sandy Springs community billed as an “oasis” of country-like serenity near highways and MARTA transit has been attracting pandemic-era homebuyers from afar—and from suburbs next door, according to project reps.

With a theme of English Arts and Crafts-style architecture that harkens the 19th century, Aria by Ashton Woods has sold hundreds of homes, townhomes, and lofts since its 2017 debut next to Mercedes-Benz’s USA headquarters.

Recent buyers include expats from other states and overheated intown locations, especially Buckhead, in addition to nearby ’burbs East Cobb and Johns Creek, officials told Urbanize Atlanta as part of a project update this month.

“All of our homeowners love the convenience of the amazing live, work, and play opportunities that are all offered right within the community,” noted an Aria rep via email. “As the intense pace of best-offer bids continues alluding … homebuyers, expanding their search is turning out to be the only way to find a home that meets their needs.”

Those opportunities now start in the high-$500,000s for townhome buyers. 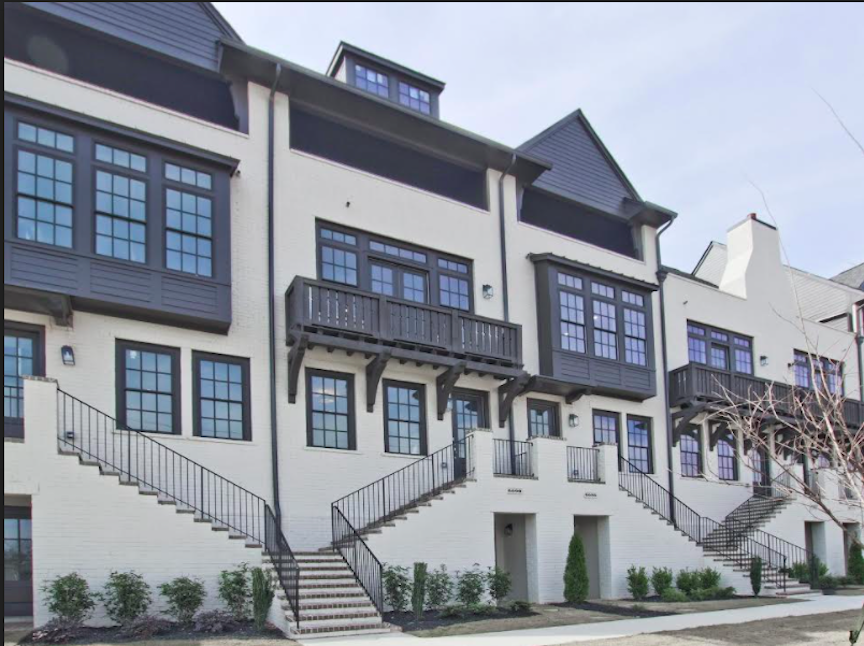 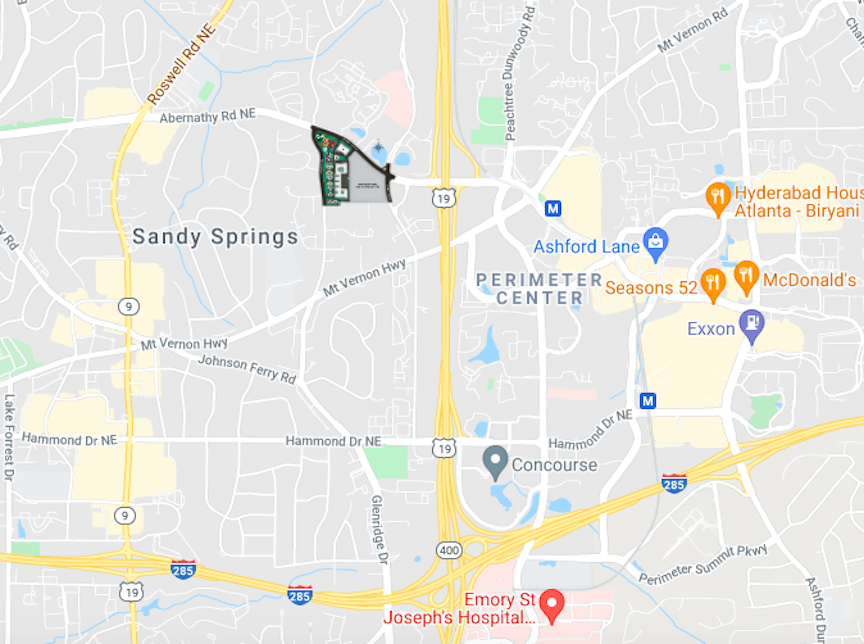 The project's Aria South section, in relation to the I-285 Perimeter and Ga. Highway 400. Courtesy of Ashton Woods

Straddling Abernathy Road, just west of Ga. Highway 400, the Aria development has seen a wide variety of home options over the years, ranging from lofts priced from the mid-$300,000s up to a sprawling townhome that fetched north of $1.1 million in early 2020.

Other facets include upscale apartments Alastair at Aria Village and a retail section.

Atlanta-based homebuilder Ashton Woods, which has developed communities in Sunbelt cities from Raleigh to Phoenix, describes Aria as a blend of “nature and urbanity” and “a living symphony.” Fittingly, available townhome plans carry names like Prelude, Concerto, Crescendo, and Pavarotti.

In terms of what’s available now, we’re told that eight, four-story townhomes are finished in the Aria South section near retail and a new communal pool. Elsewhere, townhome sites are prepped to be built upon. 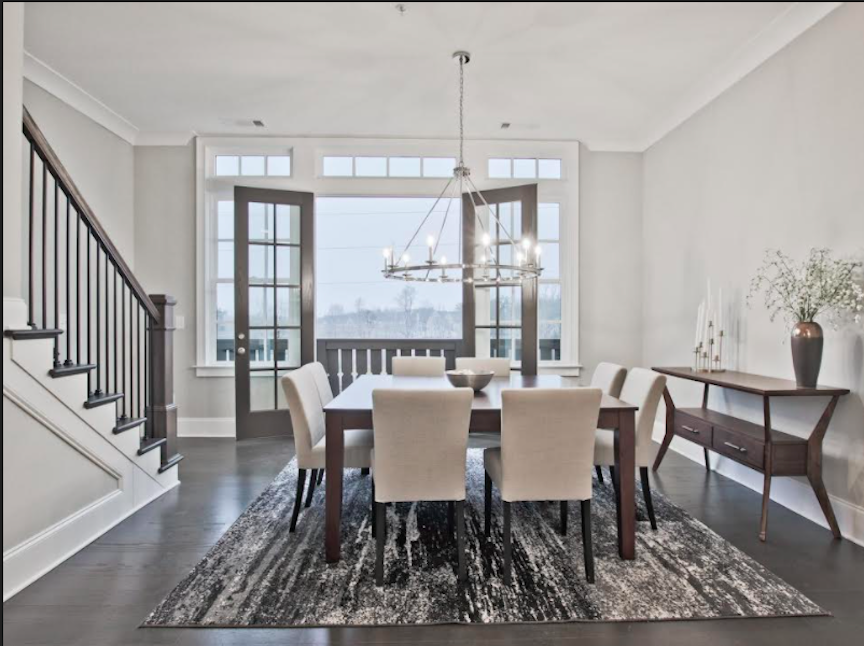 An example of a dining room in a current Aria townhome model. Courtesy of Ashton Woods 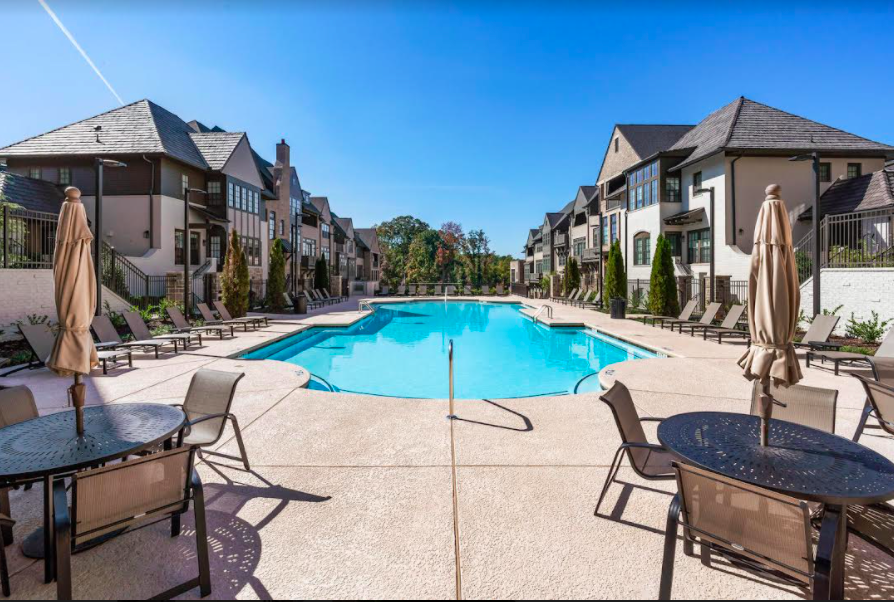 In the Aria North section, 13 single-family houses—all spanning more than 3,400 square feet—are expected to open in coming weeks next to Aria’s 13-acre park. We’re told pricing for those houses isn’t yet available.

The entire community spans three tracts of land, including the site that once housed grandiose, demolished Tudor mansion Glenridge Hall.

Large sections of forests covering the land before circa-1929 Glenridge Hall’s demise have been clear-cut. But a focal point of development, as officials have stressed, is lush greenery and trees, along with access to new walking trails.

Have a look at where Aria stands today in the gallery—no commute required.