Three years after its initial drawings were unveiled, another Reynoldstown multifamily venture dangling proximity to the Atlanta BeltLine and Memorial Drive has opened, replacing the funky bungalow where embattled arts nonprofit WonderRoot once operated.

Now called Gibson by Radius (a nod to one cross street), the 192-apartment building replaced several residential structures in the neighborhood, two blocks east of the BeltLine’s Eastside Trail. The location is touted as being “ideal.”

Designed by Smith Dalia Architects, the Gibson project continues a billion-dollar surge of development along Memorial Drive between downtown and East Lake, rendering the corridor unrecognizable from years past.

The Gibson building’s reddish façade stands six stories along Memorial Drive and slopes to four stories as it nears the neighborhood’s single-family homes. At street level, the building’s amenities include a business center and outdoor hangout area but no retail. 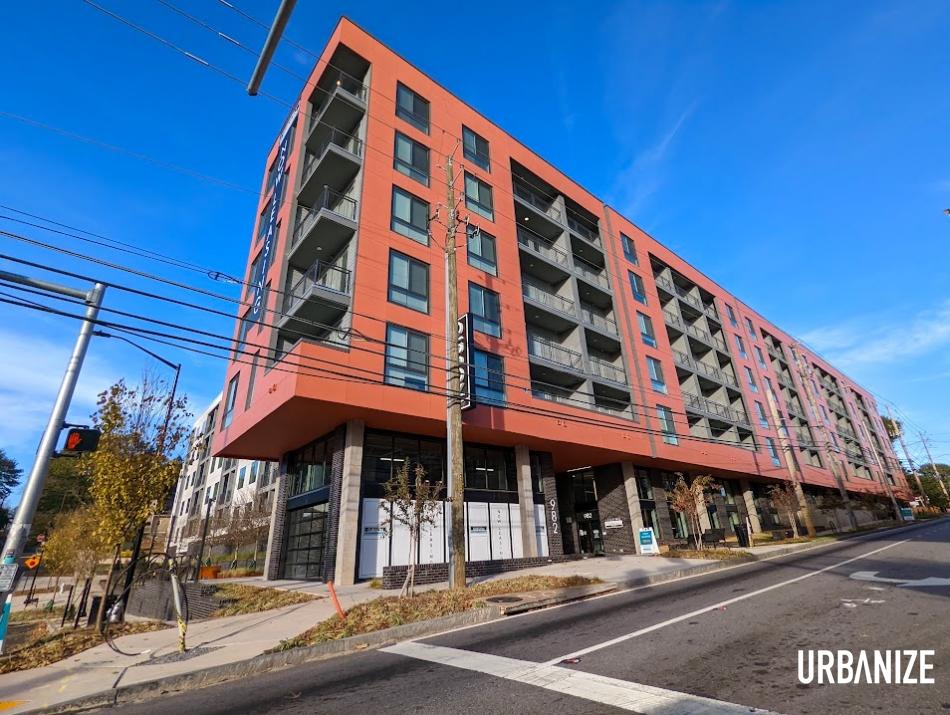 Other amenities include a rooftop pool and fire pit, a dog spa, communal office spaces, and what’s described as an “art/creative studio.”

Perks beyond the building: proximity to Publix and Home Grown’s sinfully delectable Comfy Chicken Biscuits across the street.

Listed rents at Gibson by Radius start from $1,425 monthly for very space-conscious studios with between 408 and 420 square feet. The priciest options, meanwhile, start at $2,400 per month for two-bedroom, two-bathroom flats with 905 to 919 square feet. 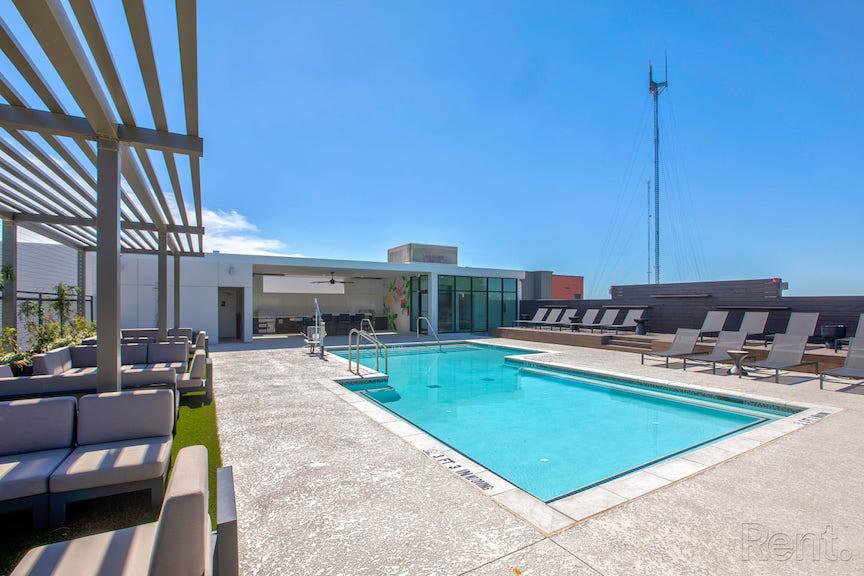 The building's rooftop pool and fire pit highlight the amenities. Rent./Gibson by Radius

The project was a joint-venture between Prestwick Companies and Urban Realty Partners. The latter developer's previous Memorial Drive projects include The Leonard, The George, and the Oakland Park condos.

Other transformative projects nearby include Fuqua Development’s 17-acre Madison Yards across the street, plus Atlanta Dairies and Modera Reynoldstown a few blocks west.

Visit the gallery for a look at how this Memorial Drive block has changed, and what these nearly 200 new residences are offering now.