Longtime observers of Atlanta’s nontraditional, residential real estate may recall this concrete-clad anomaly that took shape in Kirkwood about six years ago.

Christened “Brutalist No. 1” for its minimalism and use of raw concrete, the three-bedroom dwelling was designed and owned by Joseph Guay, an Atlanta artist known for West Midtown’s “The Border Wall” and other politically provocative pieces—and a penchant for incorporating weaponry into artwork.

Guay, who lived in the home until selling it in 2018, once described the Memorial Drive property as a “livable sculpture” and cubist piece of art that—following a long process of redesigns—found a way of being domesticated as a house.

Following a renovation by new owners last year, the artist’s debut as home designer reemerged on the market in recent weeks with a few alterations both drastic and not. 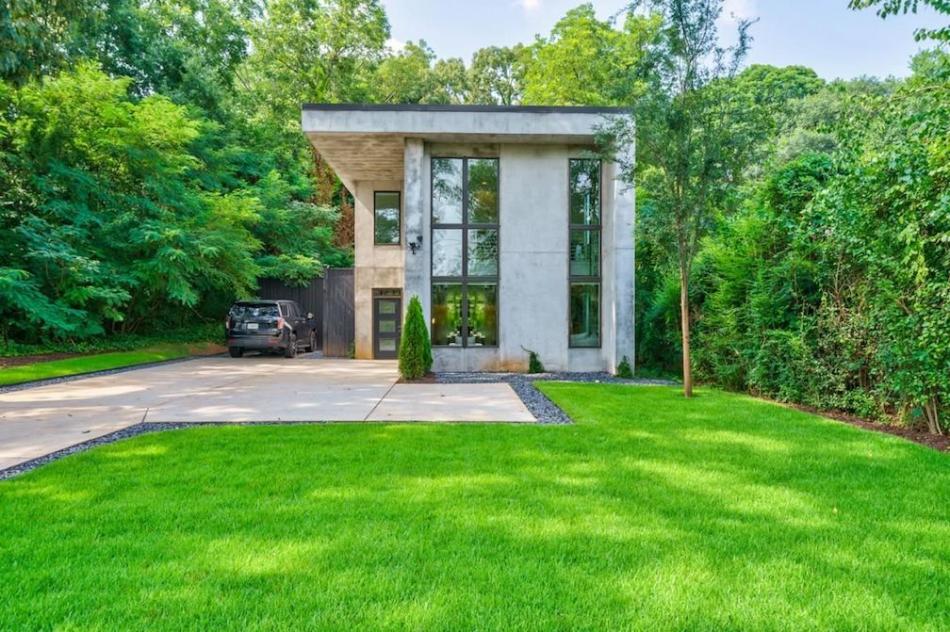 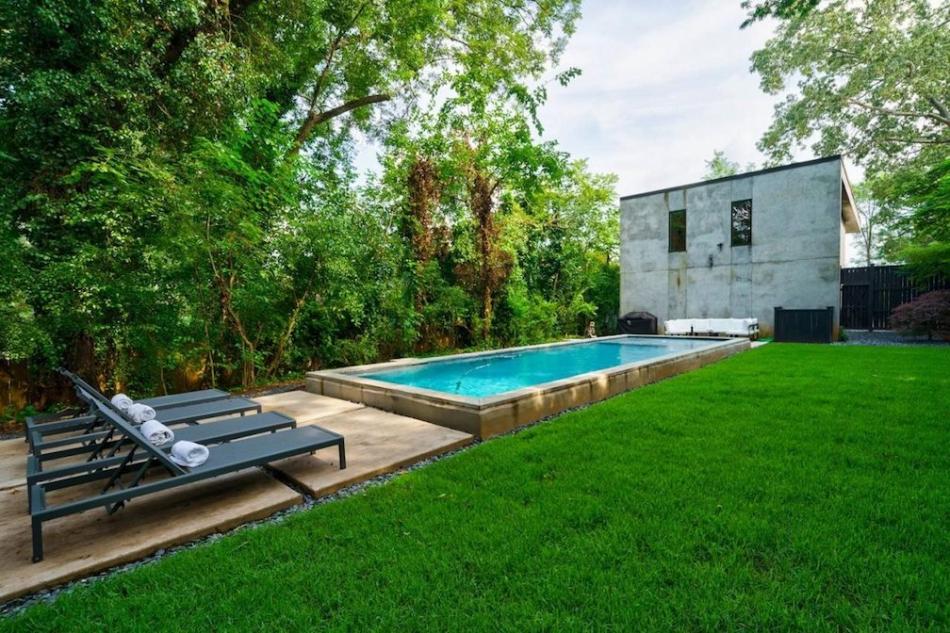 A heated, saltwater pool has been added behind the home, while the rest of the deep lot received professional landscaping. Fireplaces were installed in the two-story living room and owner’s suite upstairs, which saw hardwoods laid over the original concrete. (Don’t fret, minimalists: Plenty of epoxied concrete flooring remains on the base level.) The changes, per the listing, were extensive but managed to honor Guay’s original aesthetic.

The 1,950-square-foot home listed in late July at $825,000 and went under contract about five days later. It last sold in July 2020 for $537,000, but that was prior to renovations and dramatic property value increases across much of Atlanta.

Sales records show that roughly a dozen Kirkwood houses have traded for $800,000 or more in the past year.

Beyond the house itself, five-minute walkability to Kirkwood’s downtown and the address’ first-tier status for entry into Drew Charter School are listed as perks. 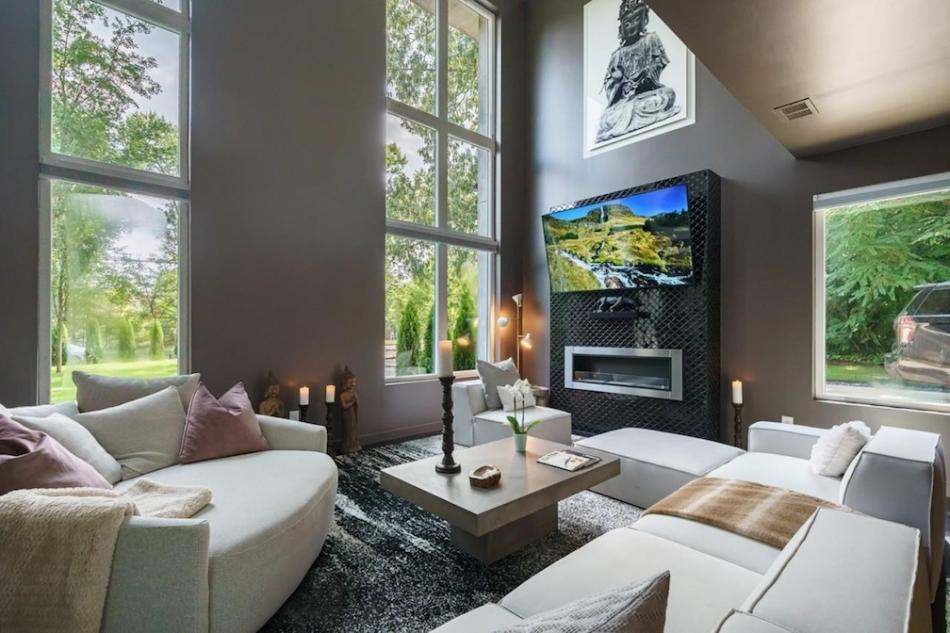 Overall, it’s called “a stunning trophy-residence for the discriminating buyer who deserves a low-maintenance luxury lifestyle,” and somebody apparently agreed.

George Graham of Real Living Capital City holds the listing, and he advises that the property’s virtual tour is “fantastic.”