In an effort to blend with what’s already there, a revised plan for the $5-billion transformation of downtown’s Gulch puts connectivity to existing streets and pedestrian access at the forefront, according to the project’s development team.

The changes to Centennial Yards' master site plan—a massive endeavor expected to cover at least a dozen city blocks in the shadows of State Farm Arena and Mercedes-Benz Stadium—have come in response to feedback on earlier plans.

The updated site plan aims to make Centennial Yards more of an extension of surrounding city blocks by continuing the style and scale of existing buildings, while adding what project officials call increased walkability and access.

The revised district’s “pedestrianized routes, shared surfaces, and landscaped plazas form a vibrant public realm that can accommodate a broad range of experiences and opportunities,” reads an announcement by The Centennial Yards Company provided to Urbanize Atlanta, “while providing outdoor gathering spaces for all Atlantans.”

The changes comes as Centennial Yards Company, now headed by former Invest Atlanta and BeltLine leader Brian McGowan, is submitting its latest Special Application Permit application to the city, which officials call a milestone in moving one of the country’s largest new sports-and-entertainment districts forward.

Project officials also announced that London-based architecture firm Foster + Partners has been hired to collaborate with Perkins & Will architects on forthcoming designs.

The British firm studied Atlanta’s historic street grid to envision Centennial Yards as a walkable environment that embraces the city’s penchant for being outdoors—although at last check, the project’s new blocks will technically be private property once finished.

With the recent "crucial" permitting work, the goal "is to enable the infrastructure work and lay the groundwork to support vertical development” at Centennial Yards, as McGowan noted in a prepared statement.

More than 1 million square feet of the project is in design now, with expectations of opening for commercial and residential uses by roughly 2024. At the adaptive-reuse portion called Centennial Yards South, about 130,000 square feet of offices and retail is being delivered now, along with 162 loft-style apartments.

Centennial Yards is envisioned as a mix of retail, apartments, offices, and hotel rooms, all backed by a nearly $2 billion tax-incentive package—the largest in Atlanta history and subject of a lawsuit struck down by the Georgia Supreme Court last year. Officials with developer CIM Group have stressed that 20 percent of all residences that rise out of the former Gulch will be designated as affordable for 99 years.

Have a broader look at the revised site plan in the gallery, and here’s a before/after glimpse at how blocks of surface and stacked parking in today’s Gulch would be replaced, per the latest Centennial Yards plans: 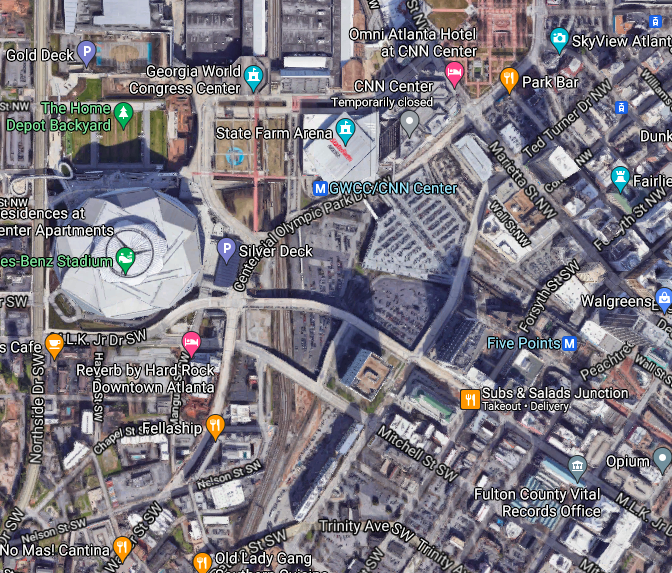 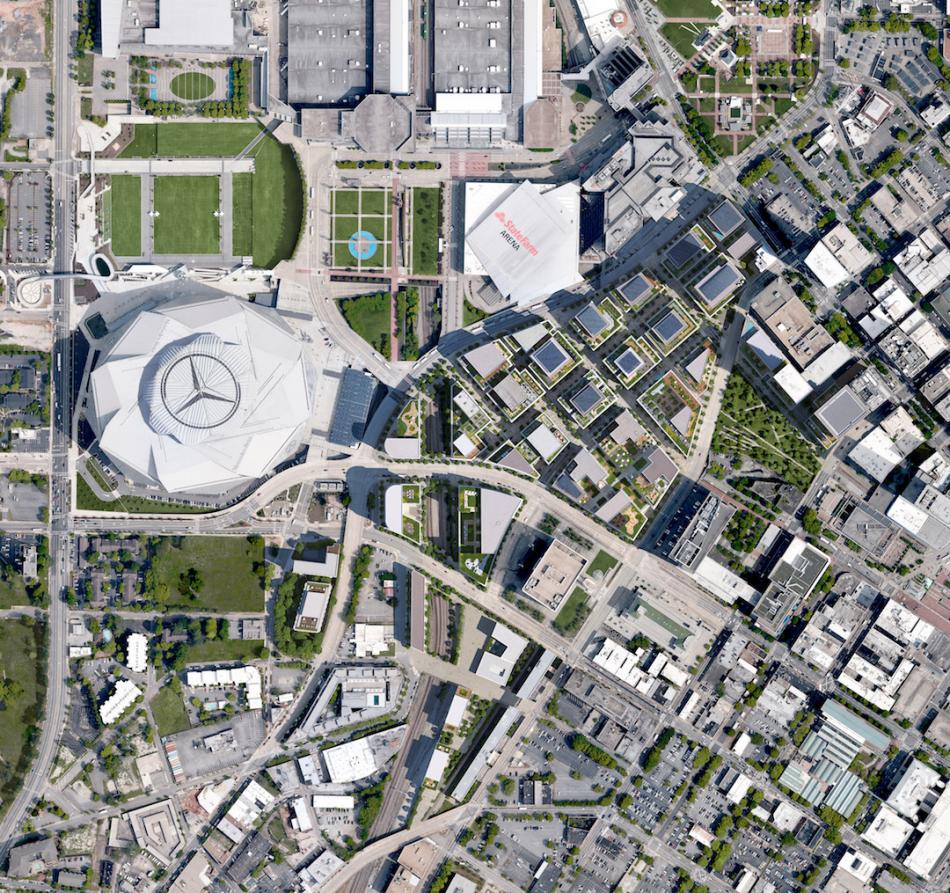