Whether it be sheer population growth, the fallacy of an urban exodus, or the rebound of the office sector in particular, one analysis after another has shown metro Atlanta to be anything but stagnant as the country emerges from a stifling health crisis.

But a new report by JLL, a Chicago-based real estate and investment services firm, might paint the warm and fuzziest picture of the Big Peach in recent memory.

JLL’s analysis, titled “Why Atlanta,” accentuates the merits of Atlanta and the broader metro from myriad angles. It portrays the region as the Southeast’s economic powerhouse and an epicenter of population growth that’s managed to cling to a relatively low cost of living and high quality of life, generally speaking.

Granted, JLL has a vested interest in companies doing business here, but their findings set metro Atlanta apart in most categories, especially in terms of Southeastern competitors. It trails only Dallas and Houston, respectively, in net population change (443,000 people added) between 2015 and 2020, JLL found. 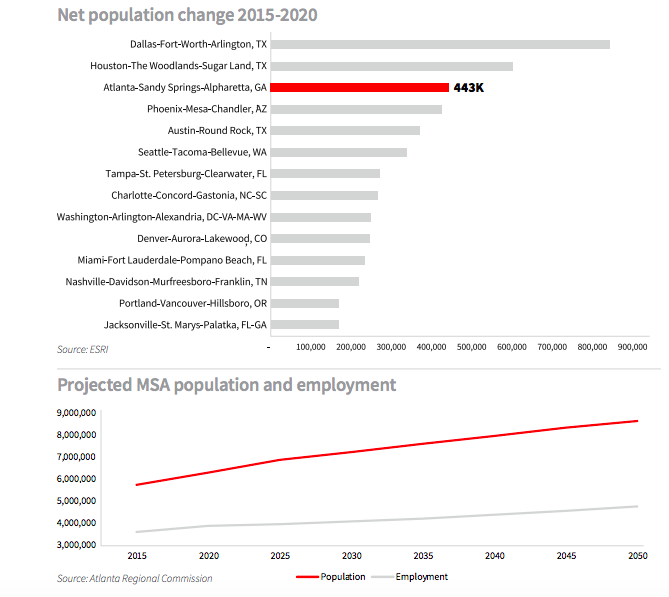 The report also examines the trajectory of “suburban nodes” from Decatur to Brookhaven and Woodstock, the metro’s status as global film production hub and magnet for corporate relocations, the status of total tech jobs, and the region’s above-average COVID-19 recovery.

A few nuggets, pulled from the research:

Within the Atlanta BeltLine tax overlay district, the city’s population has swelled by almost 22 percent since 2010—and 83 percent of those residents hold bachelor’s degrees.

Meanwhile, about 1.6 million square feet of Class A office space has materialized near the Eastside Trail alone. That far exceeds the square footage of Bank of America Plaza in Midtown, the Southeast's tallest skyscraper. 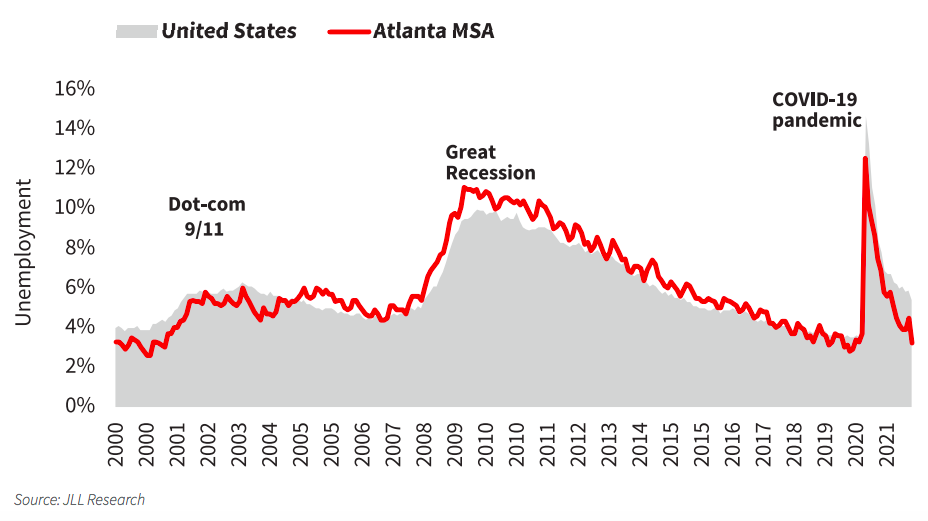 How metro Atlanta employment has fared during recent cycles and turbulence, per JLL. JLL

The sheer number of jobs in the metro is growing by 6 percent each year, and the region continues to pack on nearly 80,000 people annually. That lends credence to the Atlanta Regional Commission’s projections that metro Atlanta will be flirting with a population of 9 million by the early 2050s—or the difference between 1992 and now.

A few more key points from JLL’s report, presented in graph format below: 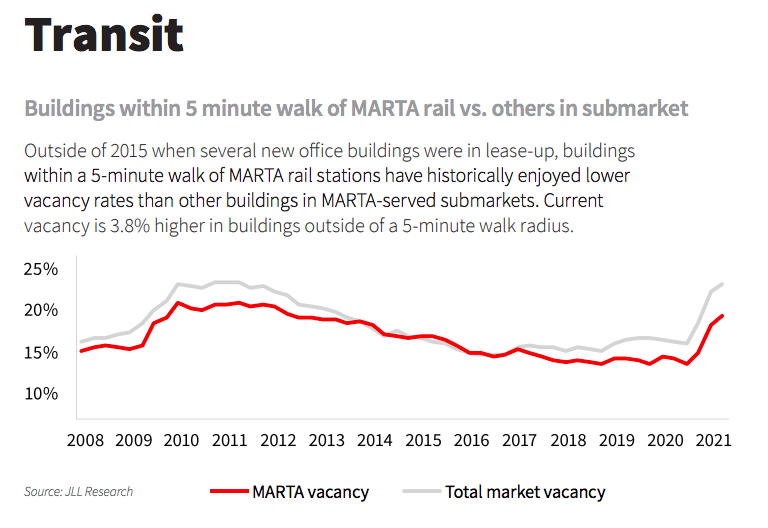 A correlation between MARTA proximity and office space desirability? Appears so, per JLL's analysis. JLL

A look at pre-pandemic in-migration. Regional locations are represented in purple, and Southeastern hubs in dark grey. Lighter colors are major northeastern and western markets. JLL 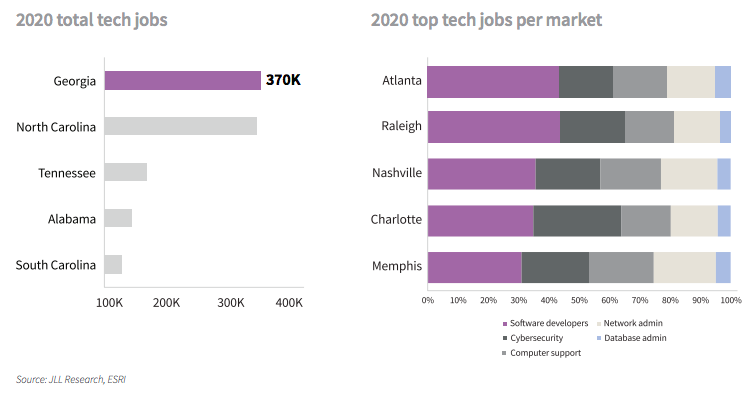 A graphic that includes recent leasing activity in Atlanta by tech firms with household names such as Google, Microsoft, and Facebook. JLL 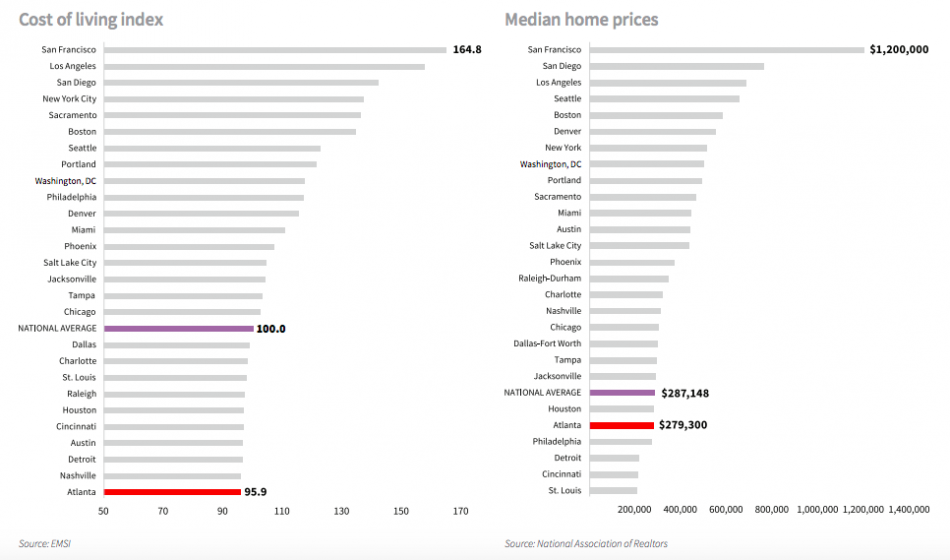 A comparison of relative affordability in U.S. metros. JLL

• In race for Atlanta mayor, who's the best choice? (Urbanize Atlanta)