A visit to the Healey Building in downtown’s Fairlie-Poplar district will prove within minutes that wrecking-ball-happy Atlanta hasn’t eradicated all of her gorgeous early 20th-century structures—and that they truly don’t make ’em like this anymore.

In more recent years, the 16-story, Gothic Revival-style building from 1913 has been a destination for downtown condo seekers who happily trade relatively low prices for a lack of onsite parking.

That’s the case here at Unit 5D, a sharp one-bedroom unit that shows turnkey condos priced in the low $200,000s in walkable intown locations still exist. Which is crucial, as is nearby MARTA access, because the home comes with no dedicated parking spots. (There is metered parking on the street, or rentable spaces in two nearby garages.) 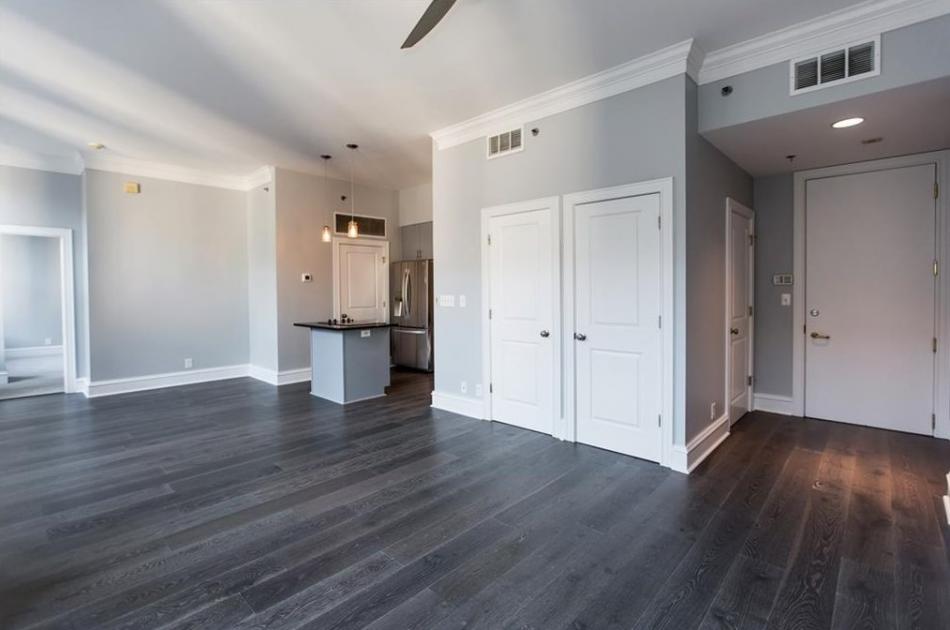 Inside renovated Unit 5D, which listed in late January at $229,900. Photography by Tom Sullivan; courtesy of PalmerHouse Properties

Located at 57 Forsyth Street, the Healey Building has been called the last major skyscraper built during Atlanta’s pre-World War I construction boom. The Morgan and Dillon firm designed it, with help from architect Walter T. Downing, who also designed Midtown’s The Wimbish House and many notable standing residences around the city.

The fifth-floor condo in question listed in late January with PalmerHouse Properties for $229,900. (HOA fees, it should be noted, clock in at a considerable $644 monthly.) 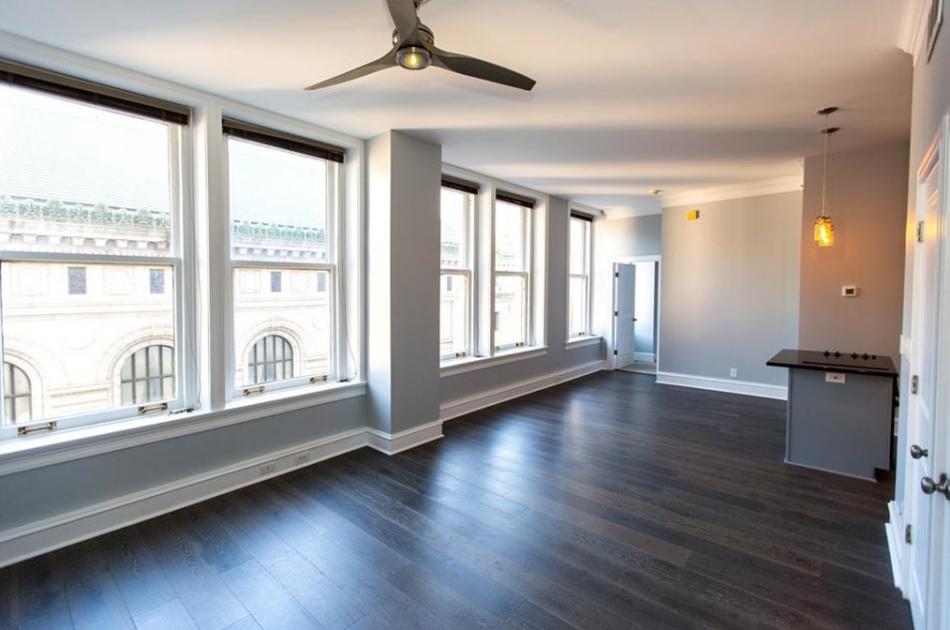 It’s one of a half-dozen units for sale in the building right now, priced from $167,000 up to the mid-$200,000s, some including all furniture and a year’s worth of off-site parking. But it could be the best renovation of the lot.

The reno included new granite from the foyer bath to the kitchen and master, three built-in bookcases in the bedroom, fresh paint, a built-out closet, blinds for each of the many windows, and modernized cabinetry that’s not too modern throughout. 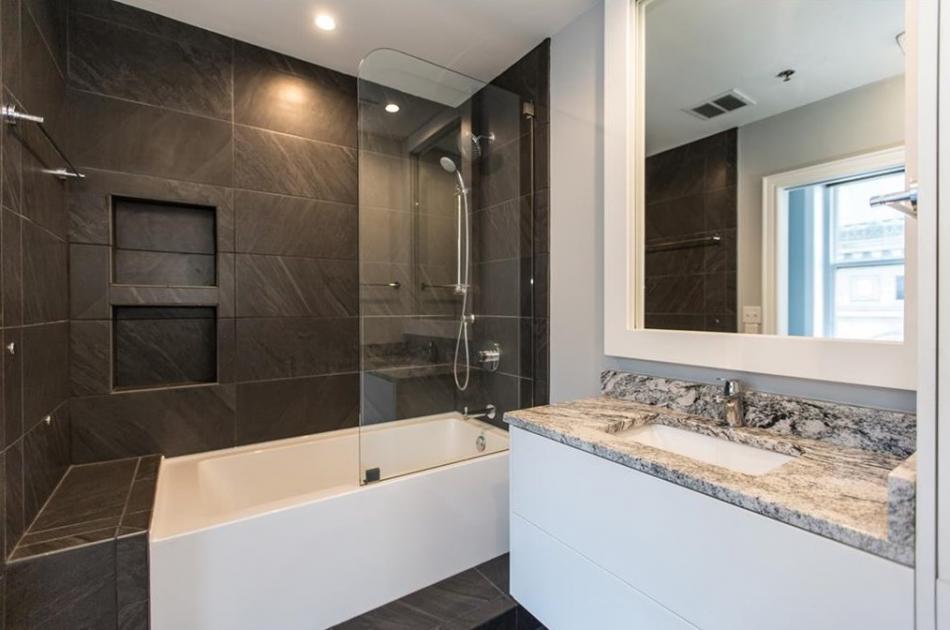 Those HOA fees do pay for around-the-clock concierge, a gym, and business center. The building also offers a short-term rental for visitors that's currently being renovated, per the listing.

An added bonus is the unblockable view from the living room and kitchen to the ornate U.S. Court of Appeals building across the street, as the Westin Peachtree Plaza and other high-rise landmarks stand in the distance. Head up to the gallery for a closer look.