Atlanta development watchers may recall being incredulous when news broke in early 2019 that a residential tower would be built atop a downtown parking garage that’d been standing for almost 20 years.

Two and ½ years after breaking ground, so to speak, the $125-million Greystar venture at 161 Peachtree Center Avenue is a rare, non-student high-rise downtown that could inject vibrancy into the blocks north of Georgia State University.

Along with top-shelf amenities across two levels, including a rooftop space called the Elevé terrace, the project has brought 345 apartments and townhomes with orientations that made skyline views a priority. Rentals start on the 12th floor.

Rents for two-story townhomes with large, north-facing patios and about 2,400 square feet climb as high as $6,500 monthly.

Seventy units—or roughly 20 percent of the building—are being reserved as “workforce housing” for residents earning 80 percent of the area median income or less, meaning they’d pay around $1,200 monthly.

Banyan Street Capital, which owns the revamped Peachtree Center food and shopping hub across the street, will operate the parking deck. It was designed to be the base of an early 2000s office tower that was cancelled during the Great Recession.

We toured the building this past summer to take in the new perspectives it offers on Atlanta’s original high-rise district. More recently, project reps supplied photos of finished aspects of the building. Those are filed below—alongside a street-level, exterior pic we took in May—in before/after format against the project’s renderings. 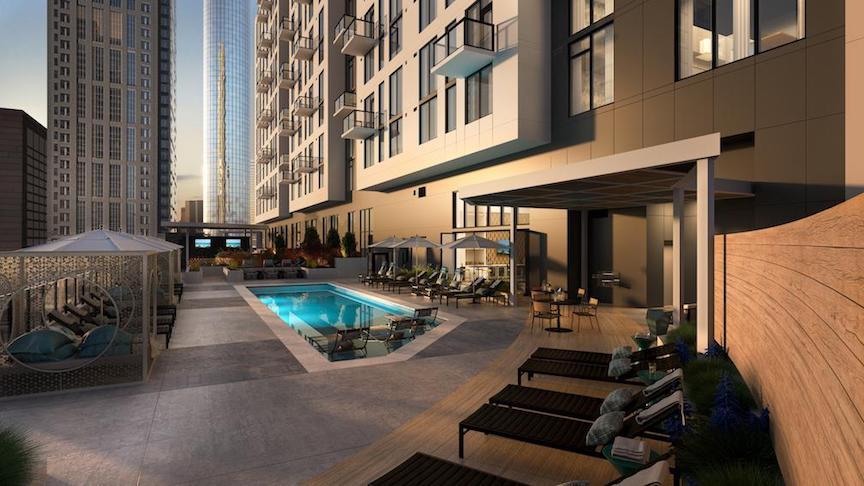 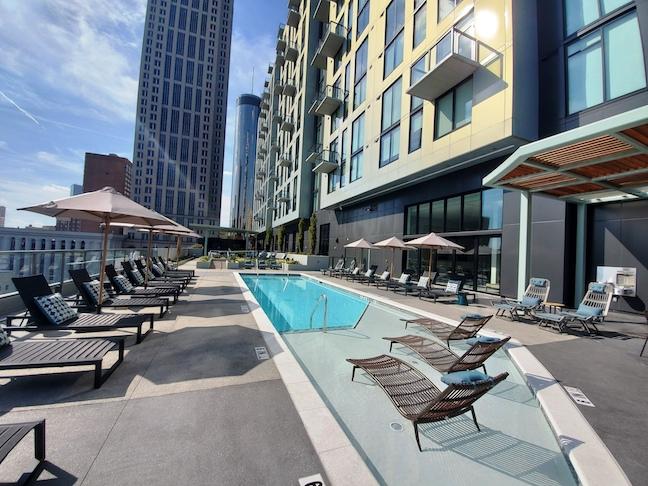 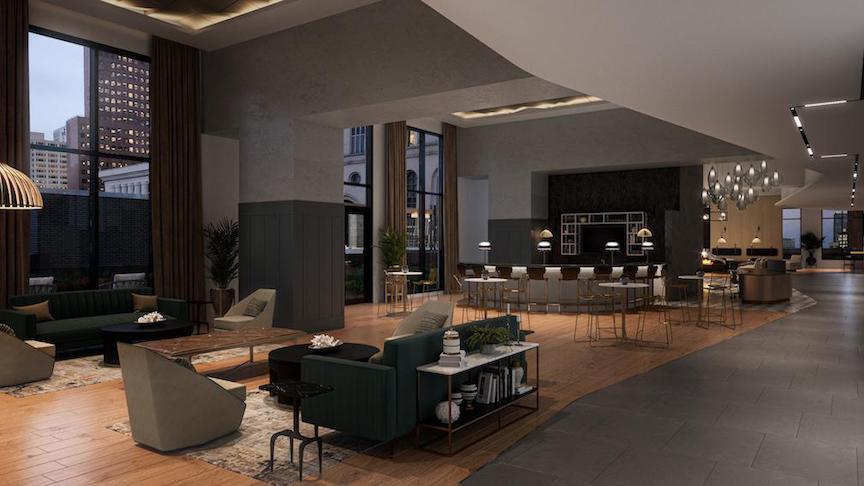 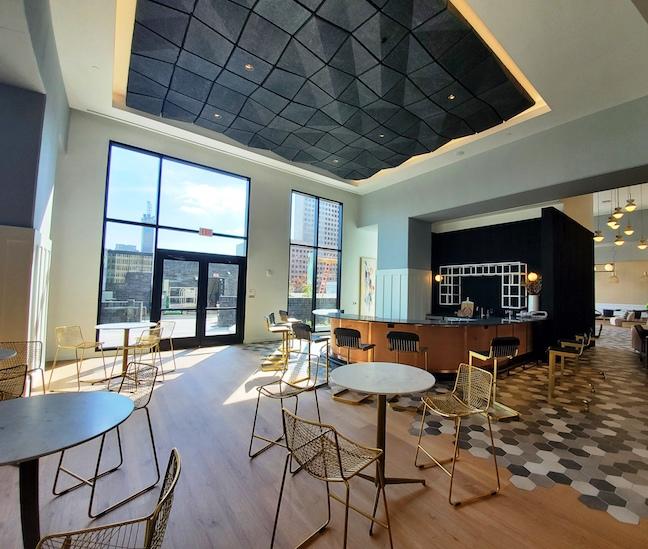 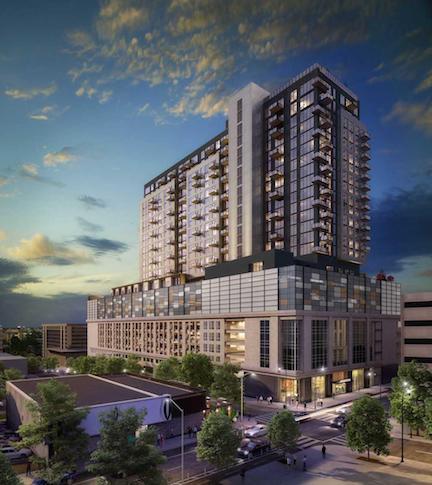 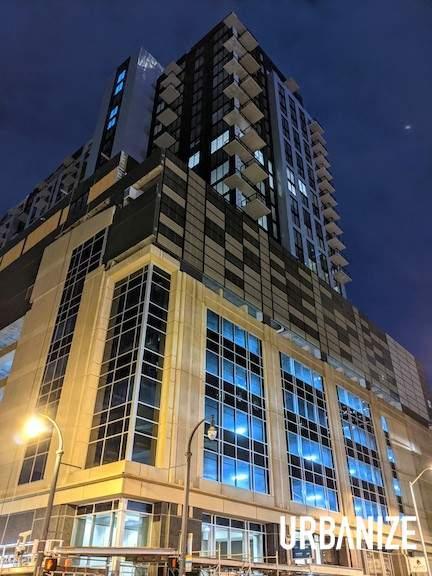 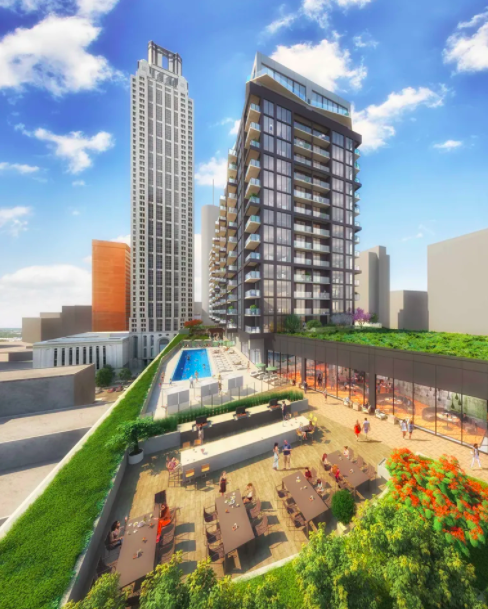 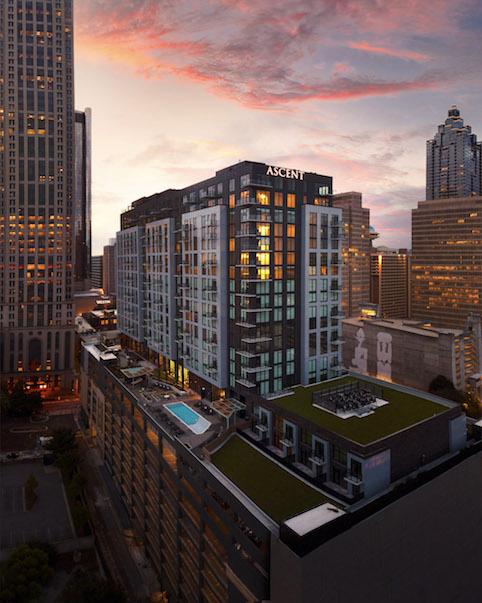