On a January day that qualified as blisteringly cold for Atlanta (read: high of 41 degrees), something dawned on us while sipping a pint outside at Atlanta Dairies: The project’s central courtyard space—the subject of stylish renderings exhaustively shared in news reports over the past half-decade—seems pretty much finished.

This month marks six years since developer Paces Properties announced plans for the $125-million Atlanta Dairies complex, an attempt to replicate the adaptive-reuse success of their Krog Street Market project a couple miles farther south on the BeltLine’s Eastside Trail.

The vision called for a 24/7 hub of good food, drinks, a market, and live music, with a residential component (the 312-unit Alta Dairies apartments) and future offices along booming Memorial Drive.

With its Art Deco façade fronting Memorial and recognizable milk carton sign, Atlanta Dairies had enjoyed a proud 60-year history in Reynoldstown, but following the departure of food and dairy company Parmalat in 2004, the facilities swiftly decayed. Paces grappled with lender frustrations and unforeseen construction obstacles, but the 11-acre project has managed high-profile openings with Wonderkid restaurant in December 2019 and the Three Taverns Imaginarium brewery in October.

The latter joins Dairies Coffee House and Cold Brew Bar in overlooking “The Yard,” the core greenspace with 4,430 square feet of outdoor patios. But with the COVID-19 pandemic still festering, the main Dairies attraction—a 2,200-seat indoor music venue called “The Eastern”—remains quiet, though construction appears to have wrapped.

Paces Properties reps haven’t returned emails in recent weeks seeking an update on the music venue, remaining retail spaces, and other aspects of Dairies. Neither of the concert promoters who’d signed on to operate The Eastern’s expected 150 shows per year, AEG Presents and Zero Mile Presents, mention the new venue on their respective websites.

In any case, given the pint-fueled revelation, it seemed an opportune time to compile Urbanize Atlanta’s inaugural Renderings vs. Reality comparison, with the Atlanta Dairies’ courtyard at centerstage:

Another facet of the property in 2017, with downtown beyond.Paces Properties

The tiered property, as seen on a blustery January day, encourages groups of patrons to cluster at a distance. Josh Green/Urbanize Atlanta

The facade and second-floor patio of Three Taverns Imaginarium, which opened in October. Josh Green/Urbanize Atlanta

An overview of "The Yard," from the upper Three Taverns patio. Josh Green/Urbanize Atlanta

How the facade of the recently completed The Eastern music venue turned out. Josh Green/Urbanize Atlanta

What appears to be the ballyhooed rooftop bar space atop the music venue. When announced in 2016, officials said the elevated social space would have impressive skyline views. Josh Green/Urbanize Atlanta

One of several fireside seating areas within The Yard. Josh Green/Urbanize Atlanta 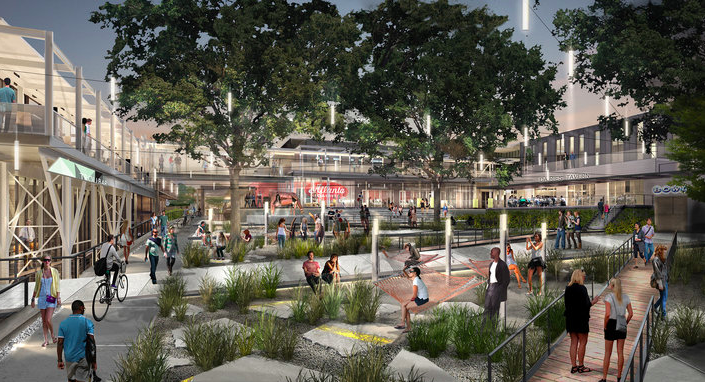 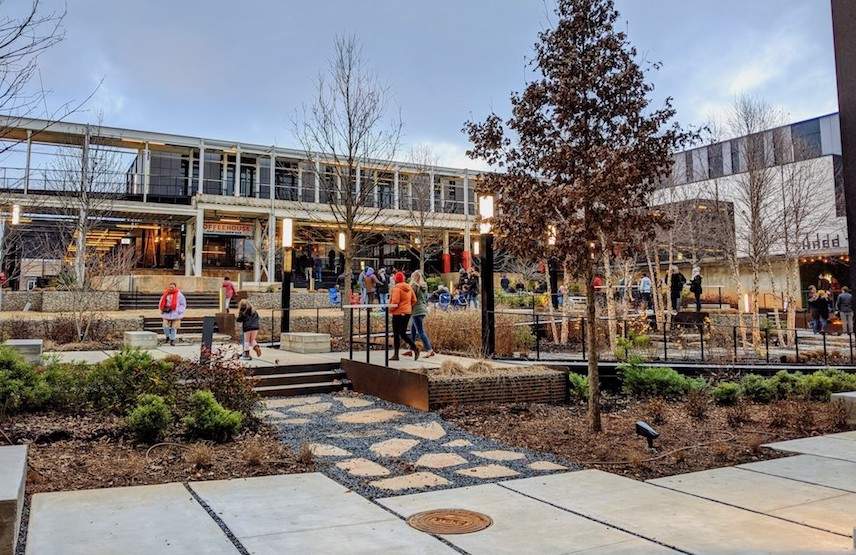