The proposal to swap an eastside dessert factory with almost 700 homes across more than 20 new buildings is making its way through Atlanta’s localized governing boards—and coming into sharper focus with project renderings.

Toll Brothers is now partnering with Hanover Company, a national multifamily developer, to build 695 apartments, condos, and townhomes across the 13.3-acre site.

The property is located next to transit-oriented development that’s sprung up around MARTA’s Edgewood/Candler Park station the past five years. It would continue an intown push—from Brookhaven to East Point and myriad points between—to locate denser housing types within walking distance of MARTA stations.

Project reps in recent weeks have come before Edgewood and NPU-O governing boards with updated plans, seeking to rezone the current factory site from a heavy-industrial classification to one allowing for mixed-uses and more affordable housing, per NPU-O’s October 26 agenda.

According to Dusty Miller, Edgewood Zoning Committee chair, the revised development plans passed both boards by “an overwhelming majority.” 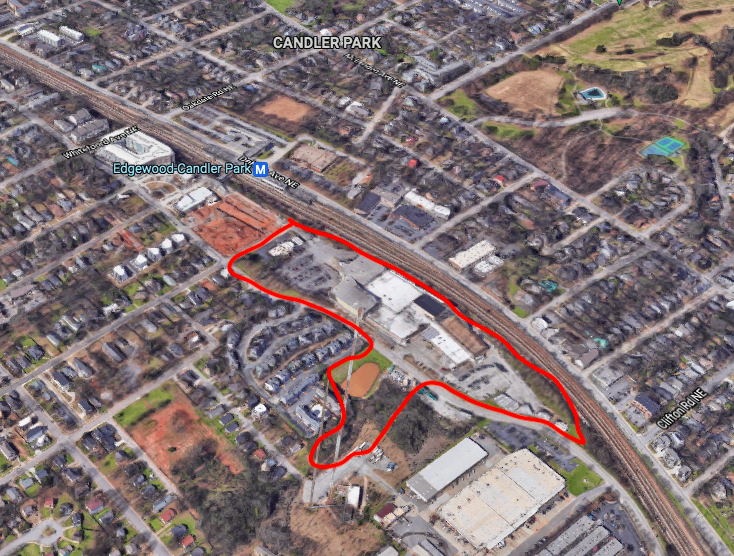 A depiction of the acreage in question, just east of transit-oriented development around the Edgewood side of MARTA's rail hub. Google Maps/Urbanize 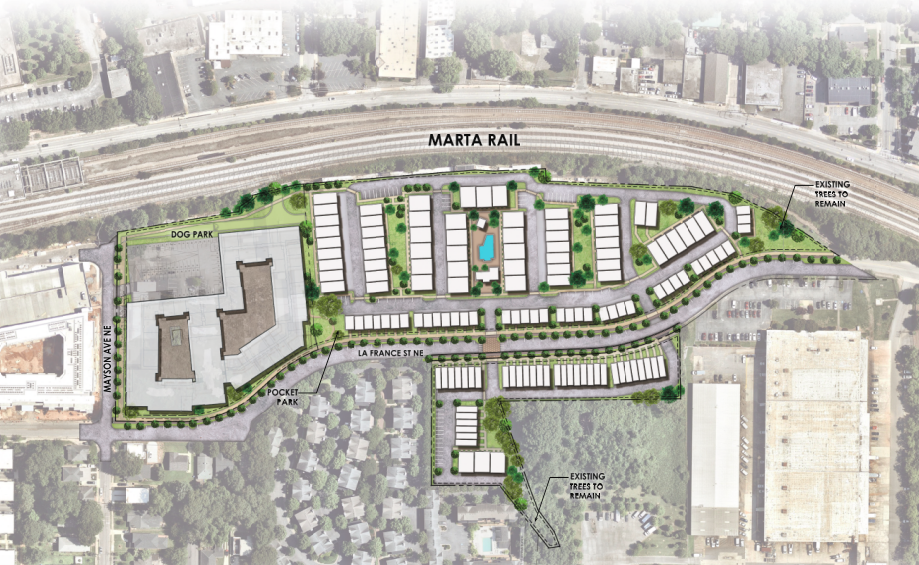 An aerial of the property showing residential uses on both sides of La France Street, where the factory formerly stood. Toll Brothers

Plans call for 24 separate structures spread across the acreage, including 450 rentals with retail at the base that appear to be branded “Hanover Eastside,” per preliminary renderings. Rents are expected to range from $1,650 to around $3,300.

The remaining units would be for-sale condos and townhomes ranging from $200,000 to $575,000, as What Now Atlanta has reported. 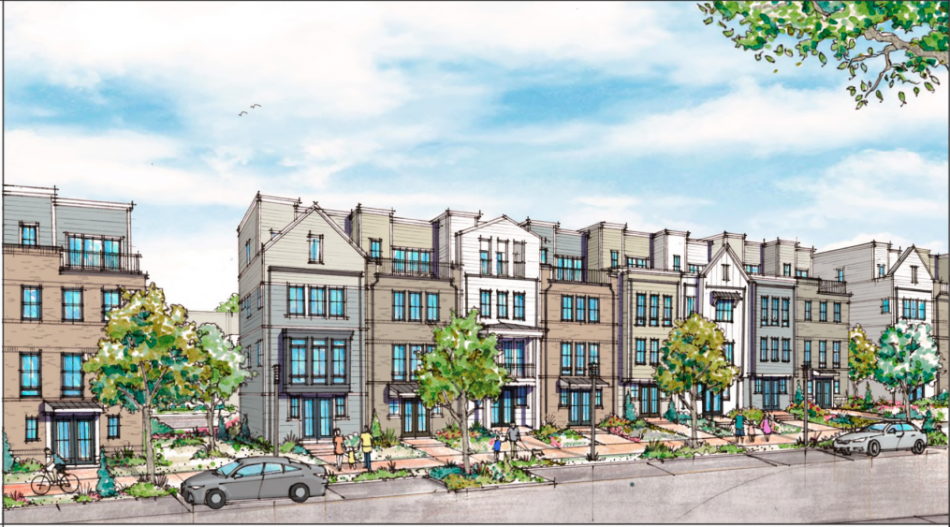 Following approvals in Edgewood and at last month’s NPU-O meeting, the Toll Brothers and Hanover proposal is expected to come before the city’s Zoning Review Board later this month.

We've asked Toll Brothers reps for a projected construction timeline and other details, and we'll update this story if responses come.