When it debuted nearly 20 years ago, MARTA-connected Lindbergh City Center was heralded as one of the country’s first true transit-oriented developments, setting the stage for future Atlanta TOD projects currently growing in Grant Park, Edgewood, and eastern Decatur.

But by last year, roughly half of Lindbergh’s commercial space was vacant, and AT&T’s lease of the project’s twin 14-story towers ended in December.

Rubenstein’s redevelopment of the 47-acre property is officially underway, and new renderings compiled by the ASD/SKY design firm lend the clearest idea yet what the refreshed Uptown Atlanta might be. 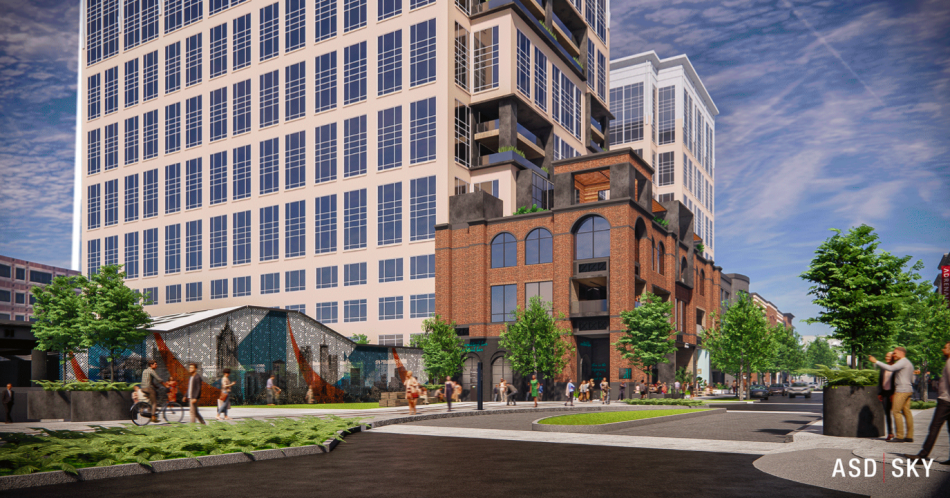 Rubenstein bought the tired city center—home to Taco Mac, Tongue & Groove, 26 Thai Kitchen and Bar, and national chains like Dunkin’ and LongHorn Steakhouse—in 2019 for $187 million. Their hope is that the Uptown branding, in the lexicon of regular Atlantans, will soon apply to basically everything from Interstate 85 to Central Buckhead. Renaming the busy Lindbergh MARTA Station to “Uptown” might also be possible, development officials have said.

“Atlanta has a downtown, a Midtown, a Buckhead, and now, finally, an Uptown,” the marketing tagline goes. 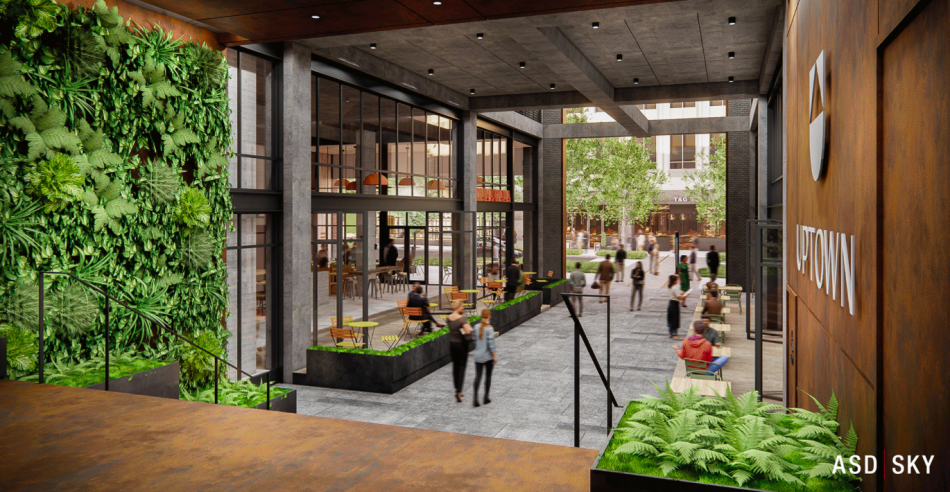 At the towers’ base, Rubenstein plans to create a 35,000-square-foot atrium with amenities aimed at a younger, more dynamic workforce: a game lounge and fitness center, plus dining options and a 500-seat conference facility. Storefronts will be reconfigured to allow for more outdoor dining, socialization, and covered seating areas protected from the elements, officials have said. (Rubenstein doesn't own the roughly 700 apartments next door, some of which were heavily damaged in a fire last summer.)

Now, the development team is staging weekly events on site that range from art markets and movie nights to outdoor yoga sessions and comedy shows.

Rubenstein has a national portfolio and counts the recent 8West project on Howell Mill Road in West Midtown, along with office properties at the Perimeter and in Alpharetta, among its holdings. Head to the gallery for a closer look at what the company has in store for “Uptown.”