A 1950s former auto garage in the heart of Inman Park’s commercial district is set for a modern update, according to project reps.

The 309 N. Highland Avenue property, located on the easternmost corner of Elizabeth Street and North Highland Avenue, is home to office spaces and Italian restaurant Fritti, which plans to expand patio seating and add exterior entrances, per plans filed with the city.

In a past life, the circa-1950 building functioned as an automotive supply shop before it was vacated and became an overgrown eyesore in Inman Park. Jones Pierce Studios designed an adaptive-reuse transformation that created the restaurant space and office suites, totaling about 10,000 square feet, when the area was still dotted with vacant lots.

Building permits for the next exterior alterations to the structure were approved in April, according to city records. 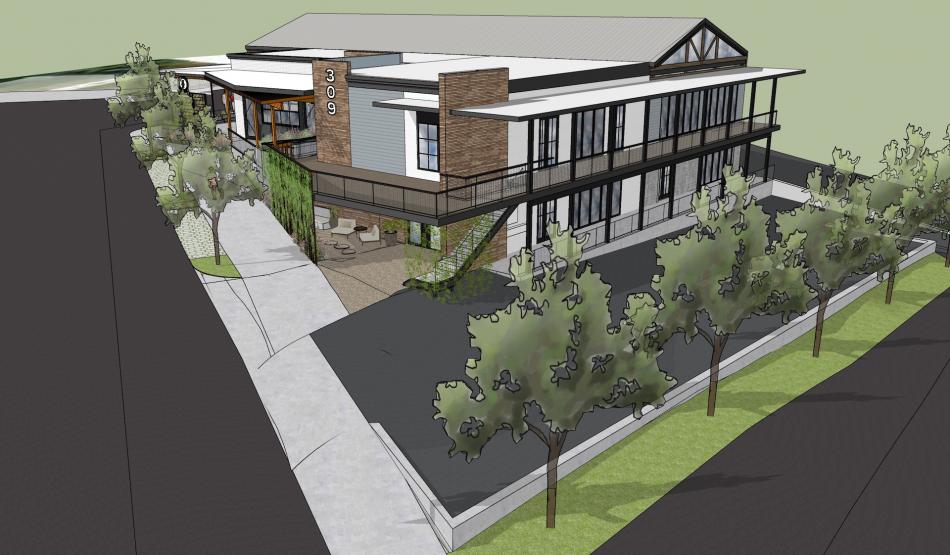 According to broker Dana Armour, 1,200 square feet of retail shell space is available at street level, where Elizabeth Street and Atlantis Avenue meet, across the street from Savi Provisions.

Armour said construction is tentatively scheduled to begin in February.

The building also faces the Inman Quarter development’s Beetlecat restaurant property, which functioned as a small surface parking lot until 2014.

The added density, like the advent of the BeltLine’s Eastside Trail nearby, contribute to the corner’s strong Walk Score (89) and Bike Score (79).

Have a look at the latest renderings provided by Armour—and the property’s previous condition—in the gallery above.