Buyers in the market for grand Buckhead housing are usually willing to sacrifice walkability—because in the land of estates, they have to be. That’s not always the case, however, in neighborhoods like Garden Hills.

Case in point: this custom modern from 2015 that spans more than 4,500 square feet but counts a “very walkable” Walk Score of 87.

Tucked a couple of blocks from Peachtree Road high-rises, the angular four-bedroom dwelling doesn’t give two flips about subtlety, as it’s being marketed as the “most distinctive home on this coveted section of Grandview Avenue,” per the Atlanta Fine Homes Sotheby's International listing that went live Friday.

Aspects of the $2.35-million residence are described as durably commercial-grade, while others provide Zen-like privacy with natural stone and planters. 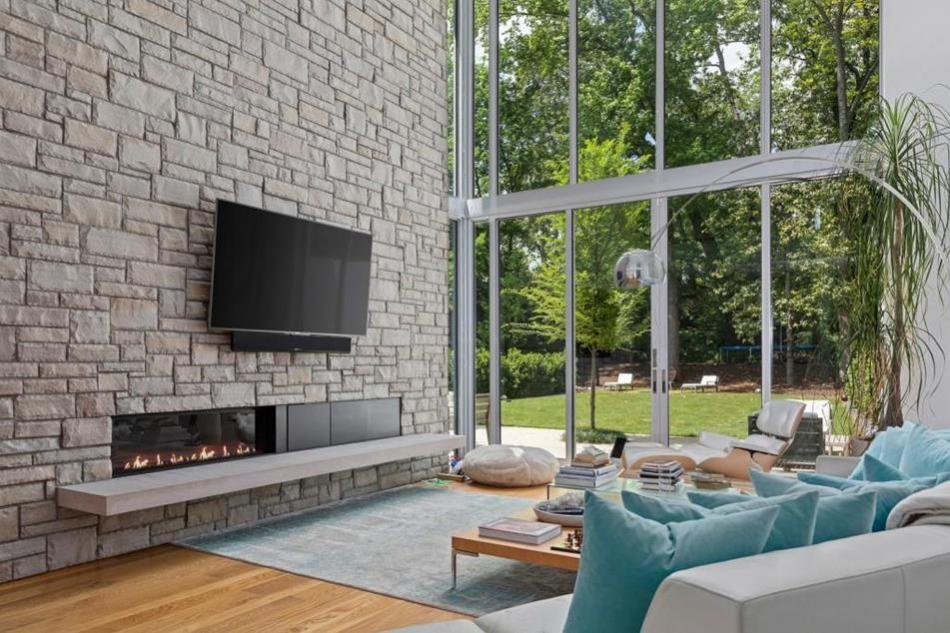 The soothing stone continues in the soaring family room, with its two-sided fireplace, glass stair railings, and access to a deep, flat backyard.

The owners suite, located on the back of the house, includes a huge steam shower and bidet (not pictured), while downstairs is an entertainment space where a room is stubbed for another kitchen or bathroom (potentially adding to four and ½ baths now).

Overall, the five-year-old property is described as being in like-new condition. Which all comes at a price.

It’s the most expensive listing in Garden Hills at the moment by a significant margin—and the only nontraditional-style house available, outside of another contemporary creation that’s still standing firm at $1.99 million.

Records show the Grandview Avenue property last sold for $375,000—without the current house, obviously—back in 2013. 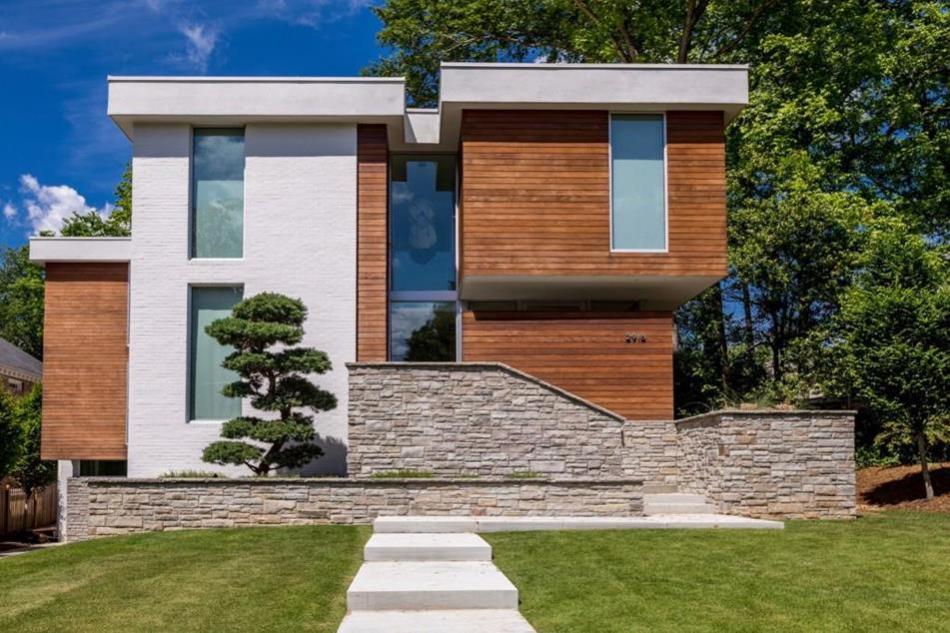 The only glaring absence, in such a subtropical climate, is the lack of a pool, though the “expansive” 1/3-acre lot would theoretically allow for that addition. For buyers who don’t consider pools a minus, that is.