Travan Foster and his wife came to Lakewood Heights as first-time homebuyers three years ago. And like any homeowner who cares about his community, he’s become an advocate for it.

Which is why it perplexes Foster that a historic neighborhood, conveniently located three miles south of downtown and dotted with regional attractions, isn’t getting more love as intown real estate prices balloon and development in the city flirts with record levels for several years running.

“The neighborhood is changing for the better, yet we still don’t get any recognition?” Foster writes to Urbanize Atlanta via email. “Quite frankly, we’re a diamond in the rough—think Kirkwood but more diverse, over time.” 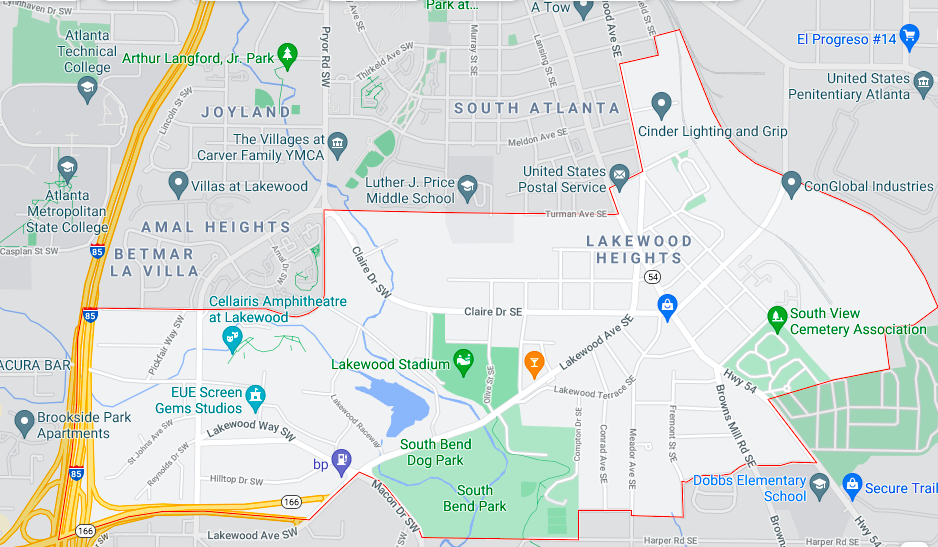 Lakewood Heights' boundaries next to the Connector, about three miles south of downtown, just north of the airport. Google Maps

Historically a Black and Jewish working-class neighborhood with roots dating back to 1895, Lakewood Heights is more than its famous music venue—the 19,000-capacity Cellairis Amphitheatre at Lakewood—though that’s certainly a marquee draw. Foster also points to EUE Screen Gems’ studios, a 33-acre complex that was Atlanta’s first full-service studio to open in 2010. "Stranger Things," "Black Panther," and nearly 30 other TV shows and movies have filmed there since.

In terms of development, Foster calls the newly renovated, 28,000-square-foot Ali @ Lakewood venture “a staple for our neighborhood.”

A rendering of the 28,000-square-foot office and events facility in Lakewood Heights. Ali @ Lakewood

On the residential real estate front, Lakewood Heights is dotted with lots and fixer-uppers priced from about $40,000 to the mid-$200,000s. 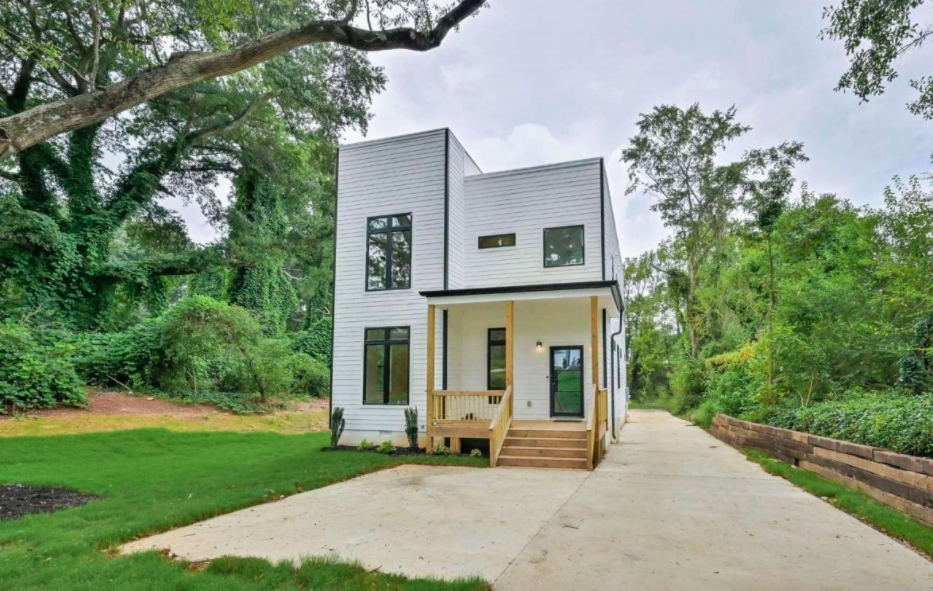 Records indicate no home in the neighborhood has sold for more than the mid-$300,000s in recent years.

Elsewhere, a century-old, meticulously well-kept bungalow is on the market for the first time in three decades in the heart of Lakewood Heights. It’s asking $425,000 for four-bedrooms in 3,900 square feet. 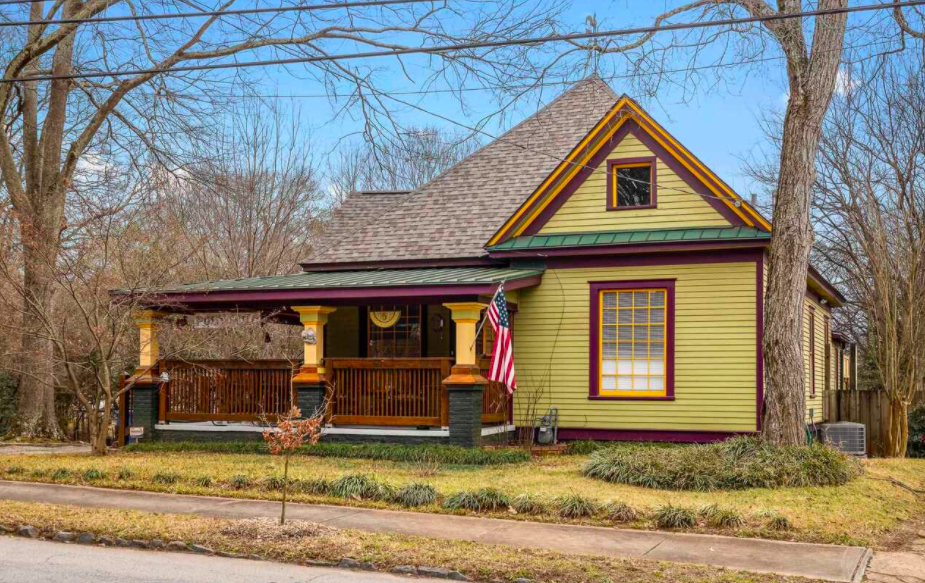 The circa-1900 facade of 151 Claire Drive SE. Shana Arnold/Adams Realtors

Other neighborhood attributes, as Foster sees it, include one-mile proximity to the BeltLine’s Southside Trail corridor, with multiple ways to access it. Summerhill development and places like Chosewood Park are easily accessible, and Lakewood Heights also serves as a “back door” to Atlanta’s airport and major southside highways.

“Lakewood Heights,” Foster says in summation, “is on the rise!”