One of the buzziest Atlanta debuts of 2021, Van Gogh: The Immersive Experience, might be nearing the end of its run at Pratt Pullman District (through January 3), but other new facets of the historic industrial property are only beginning.

Those include a science-art fusion at a newly renovated building, a rotating chefs market, and the first residences ever on site at the century-old, former Pratt-Pullman Yard.

As property owner Atomic Entertainment continues work on three new film and TV production soundstages wrapped with 250 apartments and retail, leasing efforts have begun for 345 apartments next door, on the south end of Pratt Pullman District.

Broadstone Pullman, another intown complex developed by Alliance Residential Company, is offering six weeks of free rent for apartments at “the only community where you can live on location every day,” as marketing materials put it. The project’s brick-and-steel aesthetic is meant to pay homage to the property’s industrial past. 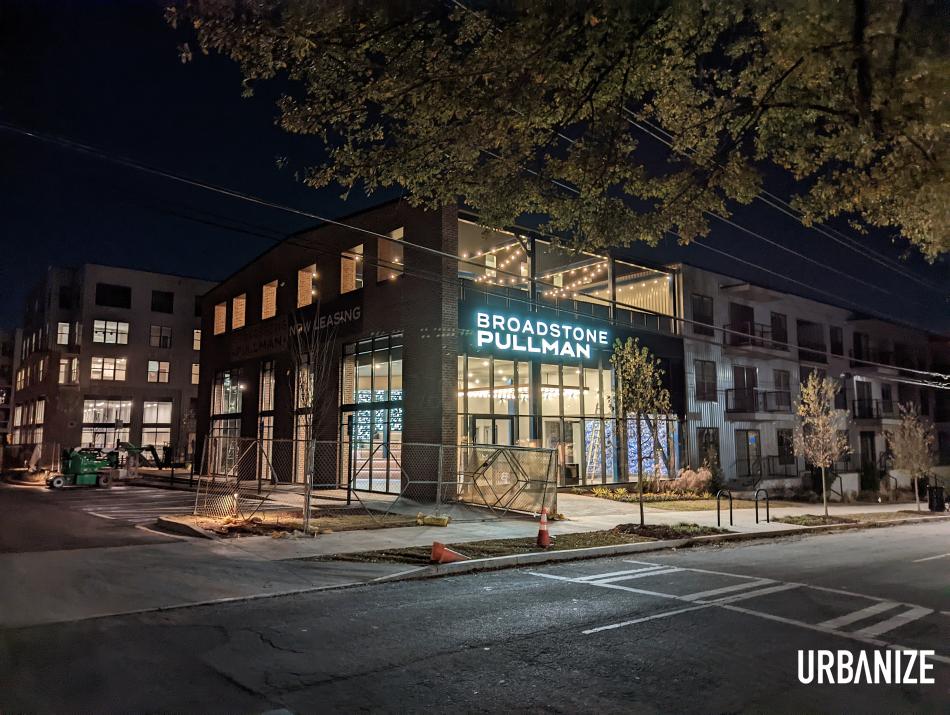 Just north of the new apartments, in a building that’s being rehabbed near the center of the Pullman property, the Science Gallery at Emory University is partnering with Pullman leaders to stage a series of exhibitions beginning in the spring. The venue is one of 12 buildings on site now.

The first exhibition is called HOOKED: When Want Becomes Need. It’s co-produced with Science Gallery at King’s College London and will feature a collaboration between Emory researchers and local artists.

Science Gallery at Emory University is “one of eight unique partnerships across the world creating one-of-a-kind, interdisciplinary, learning experiences for teens and young adults,” according to a recent announcement. “By merging science, art, and technology, Science Gallery will showcase a variety of exhibits and programs created to provoke thoughtful dialogue and enrich the minds of its target audience: youth and the creators of tomorrow, as well as the community and visitors to Atlanta.”

All programs and exhibitions at Pratt Pullman District will be free to attend.

Lastly, in a brick structure at the property’s northwest end, a pop-up chefs market series is expected to debut in March, next to Abby Singer, the district’s first brick-and-mortar restaurant. 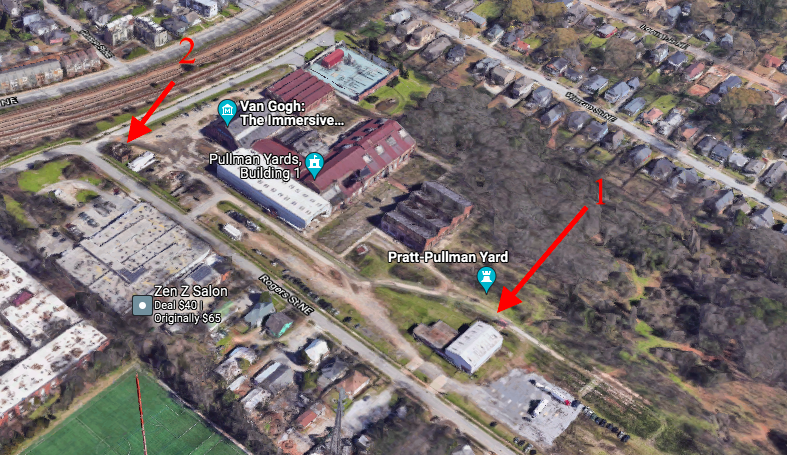 As seen prior to renovations at the Pratt Pullman District, the building (1) where Emory's Science Gallery will be located is being refurbished. The forthcoming chefs market (2) is at the northern edge of the property. Google Maps

Echoing events held at Pratt Pullman District in 2020, the series will see a rotating roster of chefs take over the kitchen for limited amounts of time, with the intention of incubating their businesses, as the Atlanta Business Chronicle reported.

Originally, that space (called Building 7) was expected to be home to a restaurant called Bellsmouth from the owners of 8 Arm on Ponce de Leon Avenue. In the two years since Bellsmouth's announcement, per the ABC, all parties have amicably decided to move on.