Maybe you missed it as the world was swept up in a theatrical U.S. Presidential election and pulverizing health crisis in November, but something else of potentially monumental importance was afoot in Atlanta back then.

The monthlong registration period for architects and designers to submit their vision for RitaWorld Inc.’s downtown skyscraper expired the afternoon of November 27.

RitaWorld, which bills itself as an international real estate developer with a hand in everything from gas to movies, announced in October it was angling to build a “key project” on an unspecified site downtown: an elegant supertall skyscraper, rising between 1,200 and 1,500 feet, that would take design cues from everything from iconic high-rises and aerodynamic chairs to long-stemmed drinking glasses. 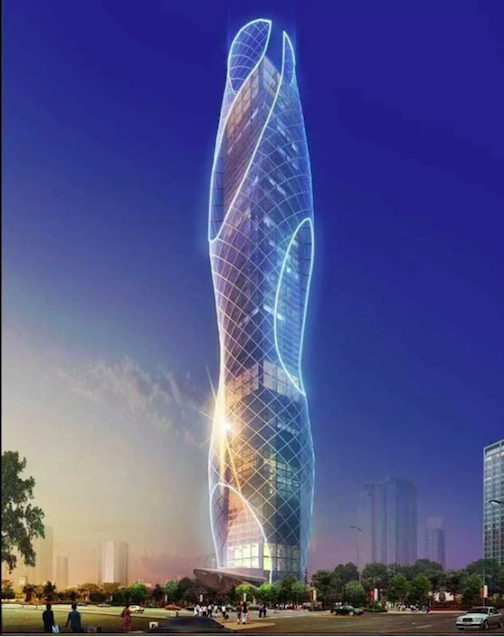 A rendering from someplace not Atlanta that RitaWorld Inc. cites as a design reference—along with wine glasses and other dinnerware. via RitaWorld Inc.

RitaWorld, albeit a registered company, has become something of an inside joke and shorthand for outlandish ideas in real estate circles after formally proposing to transform the Turner Field area into an exotic, regal, gigantic seaside district when the Atlanta Braves departed.

Or as Atlanta magazine put it in 2017, unmasking the crude enigma that was RitaWorld Pearl Kingdom: “[T]he company’s vision was one part Sim City, one part Dubai, and one part Robert Moses,” all jockeying to replace “a sea of parking with a literal sea.” Costs were estimated at more than $7.5 billion, as RitaWorld head Okey Isima Jr. told the magazine, because so many private islands, cypress trees, sky-piercing buildings with thousands of homes, and trucked-in ocean water isn’t cheap. 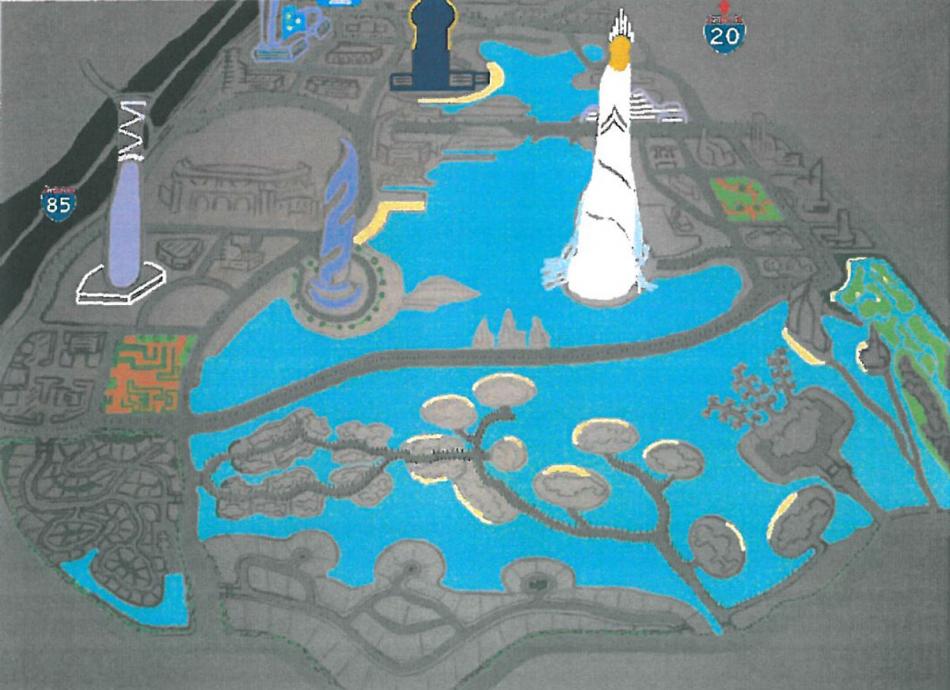 This image of the RitaWorld Pearl Kingdom proposal has become iconic for its WTF kindergarten gloriousness. It was submitted to the Atlanta Fulton County Recreation Authority in 2015 as part of RitaWorld Inc.'s vision for Turner Field's redevelopment. RitaWorld Inc. 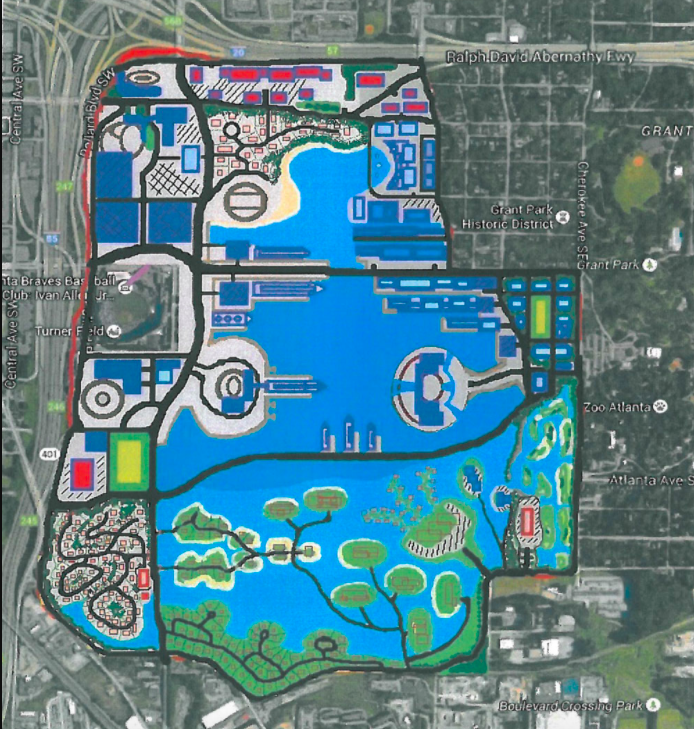 An overview of RitaWorld Pearl Kingdom, which would have swallowed Summerhill and cost north of $7.5 billion but—alas—wasn't picked by governing officials. RitaWorld Inc.

As for the downtown skyscraper initiative, RitaWorld asked designers to submit their best proposals in AutoCAD, 3D video, paint, or even colored pencil and markers.

“Our company will pick from the top two designs for consideration to be built,” read the posting.

More specific instructions called for a crystal-like building with silver or gold accents, a beacon on top, eye-catching lighting, and roomy offices inside. “The skyscraper should come with a spire that glows at night,” read the instructions. “Make sure the buildings are beautiful, but realistic enough to build.”

We reached out to RitaWorld for updates via the company’s website. The automated reply said a response will come within 48 hours, but it had yet to arrive as of press time.

Filings with the Georgia Secretary of State’s Corporations Division indicate RitaWorld was officially formed in September, with offices in an Alpharetta office park near Avalon. Isima is listed as company CEO, CFO, and secretary.

RitaWorld isn’t registered with Atlanta’s Better Business Bureau, but not all developers are.

City records show no property in Atlanta owned by Isima, RitaWorld, or any of its affiliate companies.

The call for dazzling designs did include a caveat: “If none of the designs are acceptable, then no design will be chosen.”

Beneath that, one commenter issued advice: "Their companies under RitaWorld Kingdom look shady. They have not built any building, but they showed other ... works as if they have built [them], and factories as if their own business. Check them out first. They are not real developers."

• Architect: Why Atlanta's next skyscraper could happen soon, despite pandemic (Urbanize Atlanta)