Maybe it seems like yesterday, but it’s been seven years, as of this month, since the first leg of Buckhead’s PATH400 multi-use trail opened with a chilly bike parade, offering an off-street connection between Old Ivy Road and Tower Place—and a northern ITP answer to the Atlanta BeltLine.

Fast forward to 2022, and the 5.2-mile planned trail is more than 80 percent finished, providing a scenic exercise and transportation route from the Lindbergh area northward to Wieuca Road.

But work to make PATH400 a truly regional connector remains to be done. 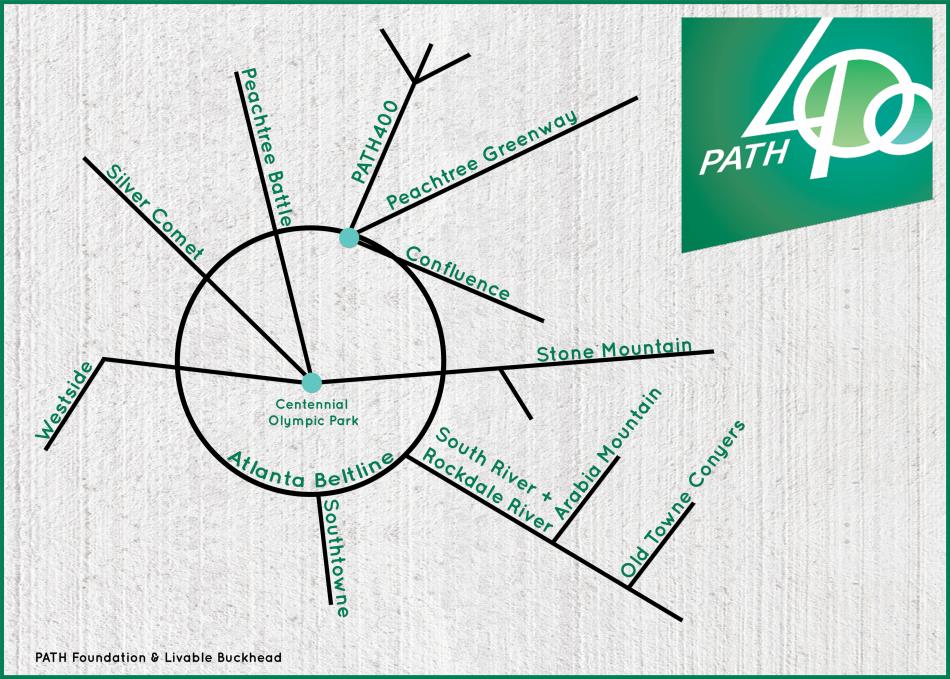 How PATH400 would be configured in a regional multi-use trail network. PATH400/Livable Buckhead/PATH Foundation

The good news, according to Livable Buckhead executive director Denise Starling, is that PATH400’s next planned phase of construction—a push toward similar trail initiatives in Sandy Springs—is making strides.

That leg, from Wieuca Road to Loridans Drive, is finishing the final designs that have qualified it to receive federal funding by way of the Georgia Department of Transportation.

That process should finish within a few weeks, at which point the PATH400 expansion would enter the City of Atlanta procurement stage, when a contractor would be picked to build the trail, Starling said in a recent construction update. (The city’s procurement department had taken lumps under the previous mayoral administration for being dysfunctional, as detractors claimed, risking federal funding for several projects, including the Juniper Complete Street Project.)

“We have all the money in place, the legal agreements executed, and are ready to get moving [on the PATH400 extension to Loridans Drive],” Starling wrote. “It is difficult to predict the procurement process timeline, but our goal is to get construction mobilized this summer, and I am pushing hard to make that happen.” 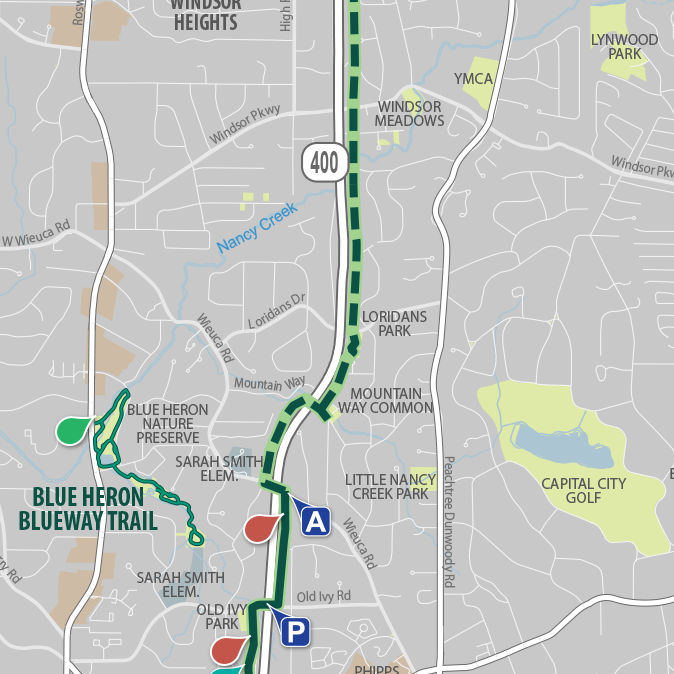 The PATH400 section from Wieuca Road to Loridans Park is planned next. North of that, PATH400 leaders are working with Sandy Springs to construct the trail. PATH400/Livable Buckhead

Starling expects construction to take between a year and 18 months, based on prior PATH400 phases, but it’s not possible to know for certain until a contractor is picked, she said. The Mountain Way Common greenspace is expected to be used heavily for construction staging, and Mountain Drive could be closed at some point, Starling noted.

Livable Buckhead has been spearheading the five-mile greenway project since its inception, with help from the PATH Foundation and Buckhead Community Improvement District. The goal is to link residential areas with offices, parks, and retail hubs throughout Buckhead and beyond. 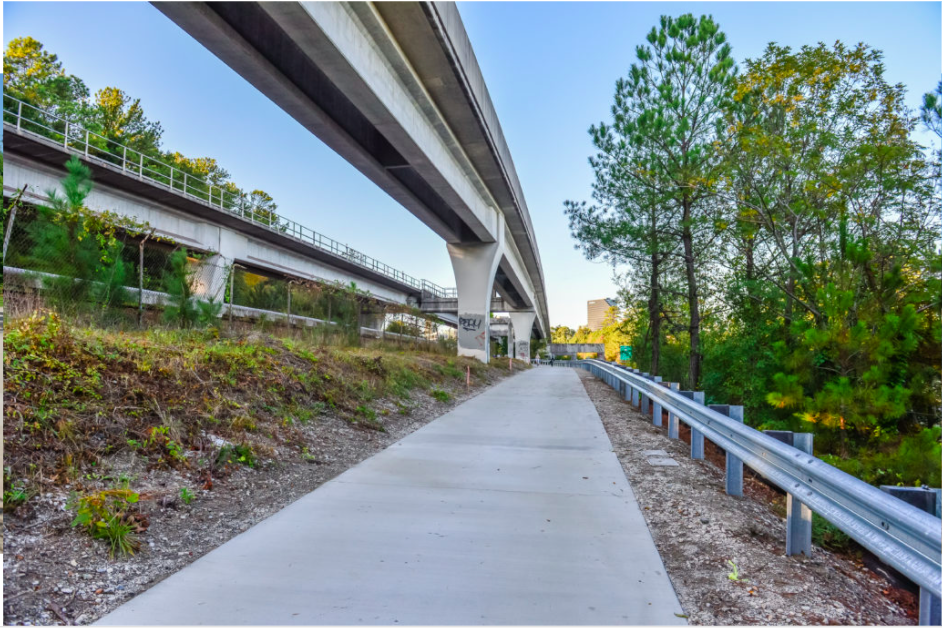 Meanwhile, Sandy Springs is doing its part to tap into PATH400—and by extension, the Atlanta BeltLine.

The Sandy Springs City Council is applying to the Atlanta Regional Commission for federal grant money to bring PATH400 up the Ga. Highway 400 corridor into the growing Perimeter city, as the AJC reported last month.

Funding would come from the ARC’s 2021 Transportation Improvement Program. To be eligible, Sandy Springs would have to pony up a 20 percent local match—an estimated $11.4 million from recent TSPLOST coffers—to extend PATH400 another 2.3 miles north.

The goal is to bring PATH400 up from Loridans Drive to Johnson Ferry Road, outside City of Atlanta's limits. Once in Sandy Springs, the trail would tie into the ongoing overhaul of Ga. Highway 400’s interchange with Interstate 285, where a multi-use trail component has long been planned.