Atlanta’s residential styles might be heavy on ornate Victorians, Craftsman-style bungalows, and low-slung brick ranches, but tucked away near Spaghetti Junction is an oasis of California-style, retro cool, only with more towering hardwoods than Palm Springs cacti.

One of several enclaves of well-preserved, midcentury modern homes is Northcrest, a large swim-tennis subdivision developed between the late 1950s and mid-’70s. It’s an architectural gem—inspired by the timelessly hip designs of Frank Lloyd Wright and Joseph Eichler—where more than half of homes qualify as MCM, and all were customized to fit their lots.

A couple of recent Domo Realty listings exemplify what Northcrest's style is all about.

The most recent, an updated three-bedroom, three-bathroom pad at 3360 Regalwoods Drive, listed for $525,000 and quickly went under contract. 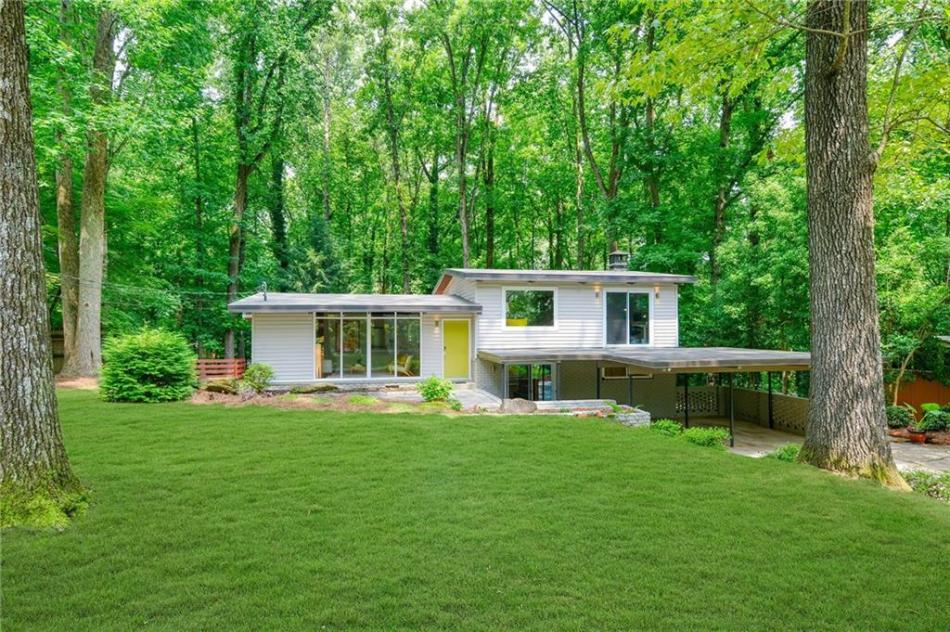 The carport and canopy are quintessentially Northcrest at 3360 Regalwoods Drive. Courtesy of Domo Realty

Beyond its hallmark MCM carport and flagstone patio, the 1961 house includes no shortage of vaulted, tongue-and-groove ceilings and several variations of living levels across 2,263 square feet.

There’s a renovated kitchen, modernized bathrooms, and a downstairs den with a bar that’s practically screaming for the clink of toasting martinis.

A sunken dining space leads to what’s probably the exterior highlight: an expanded deck with a new party hot tub. 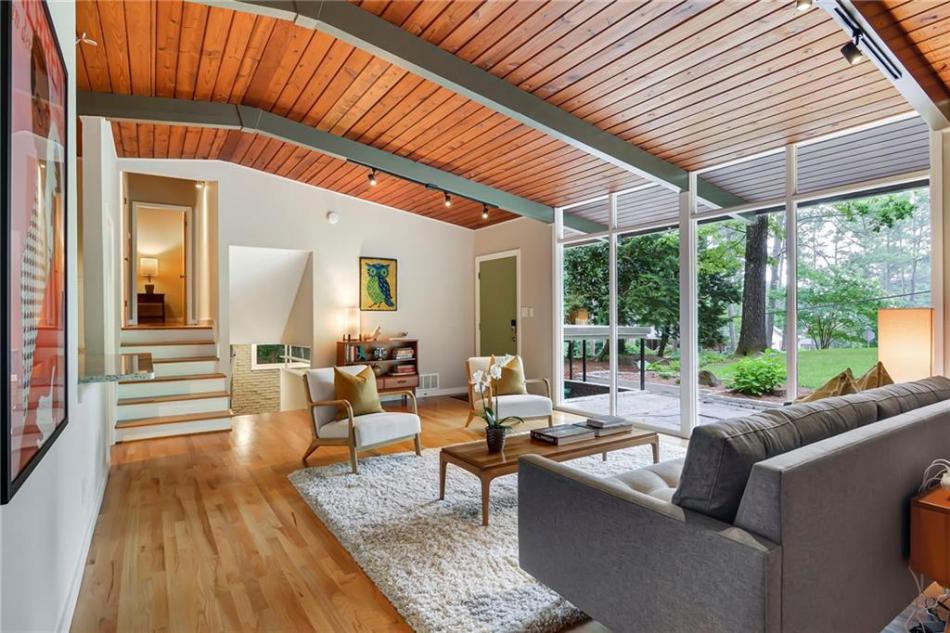 “Privacy abounds in the backyard,” notes the typically candid Domo Realty listing. “[Which is] perfect for skinny-dipping in the hot tub under the fir trees!”

Elsewhere on the same Northcrest street, a slightly larger, late-’50s house sold last week—over-asking at $540,000—after having been on market for just 29 days.

If it looks familiar, the two-story modern was recently featured in season five of MacGyver—as the house the crafty, crime-solving savant grew up in. 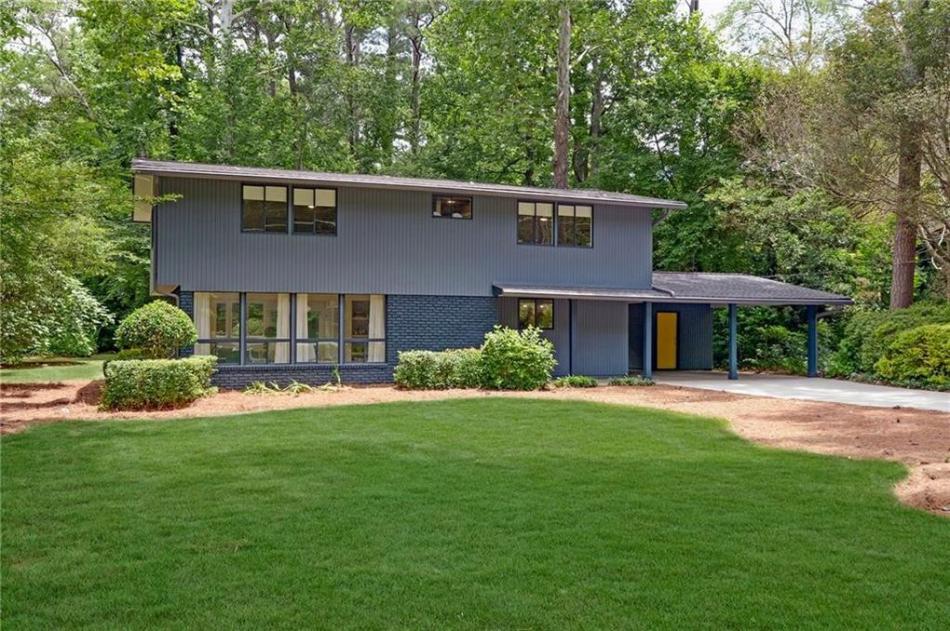 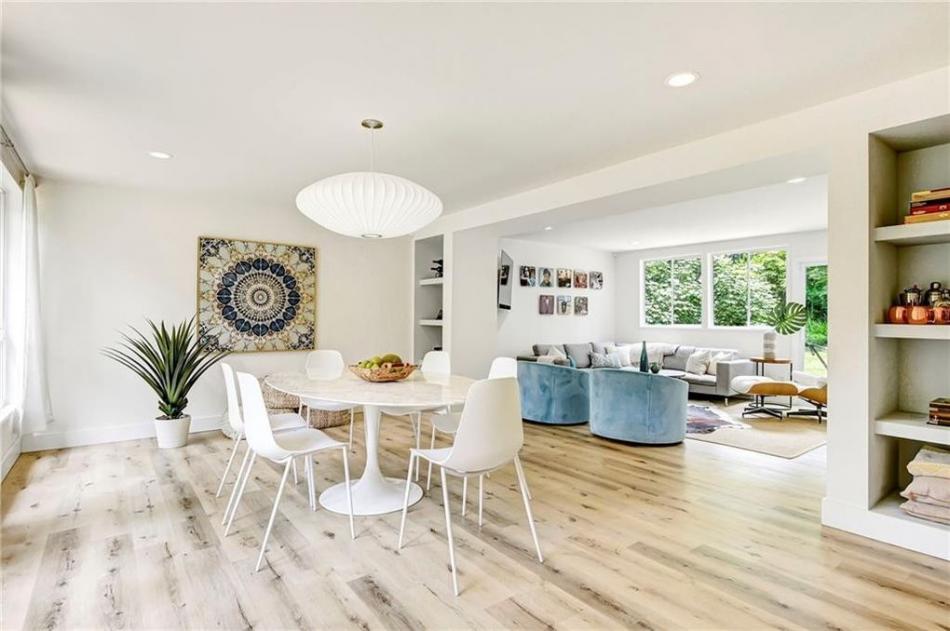 A glimpse at the MacGyver home's interior. Courtesy of Domo Realty

We’re told by a Northcrest enthusiast who recently bought a home in the area that the market’s piping hot: “Everything tends to go within a couple days, or a week.”