No, that’s not a typo: Condos priced in the $100,000s still exist in the walkable, cosmopolitan heart of Midtown. And in some cases, like this one, they aren’t dumps with views.

As the name implies, the Windsor Over Peachtree building has stood over Atlanta’s signature street since 1965, located about a block south of the Fox Theatre. More recently, it’s come to be known as a bastion of affordable condo ownership in a district where million-dollar units aren’t uncommon anymore.

The 16th-floor studio in question has been updated with craftsman-style trim, a redone kitchen, and other detailing to lend the vibe of a luxury hotel, per the listing. It’s just 655 square feet but is a crafty use of space (see: the office in a bathroom closet, and dining ledge in the living room/sleeping quarters). While north views were blocked by Midtown's new Courtyard by Marriott and Element by Westin hotel combo, the balcony does afford vistas to Georgia Tech and other points west.

Priced at $175,000, the property is being sold fully furnished, which is fairly unusual but handy. 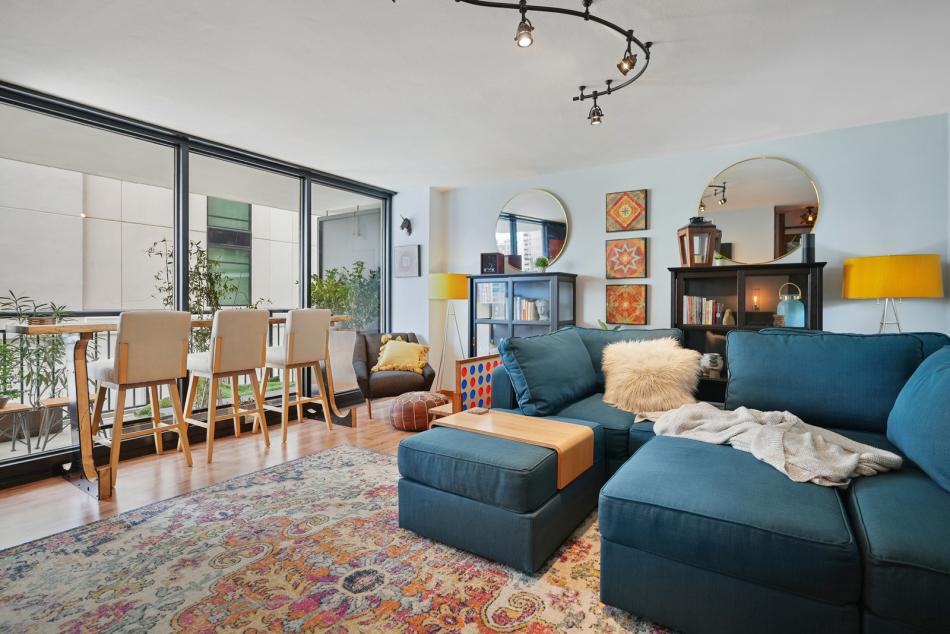 “Not surprising in this market,” Bedgood wrote via email.

No short-term rentals are apparently allowed in the building. And logic says Norfolk Southern’s recently completed headquarters a block away has expanded the condo buyer pool for younger employees or anyone looking for a pied-à-terre crash pad. 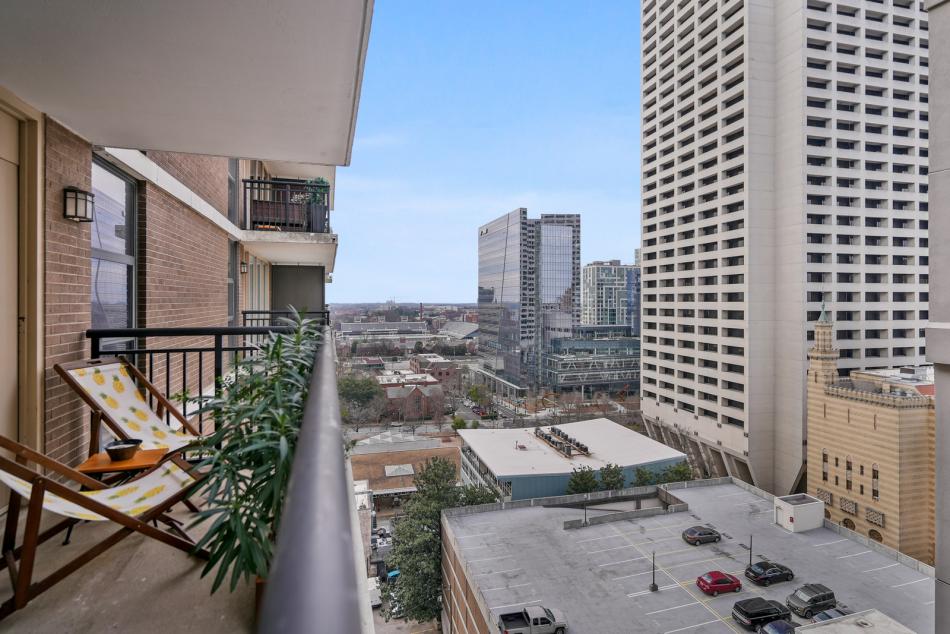 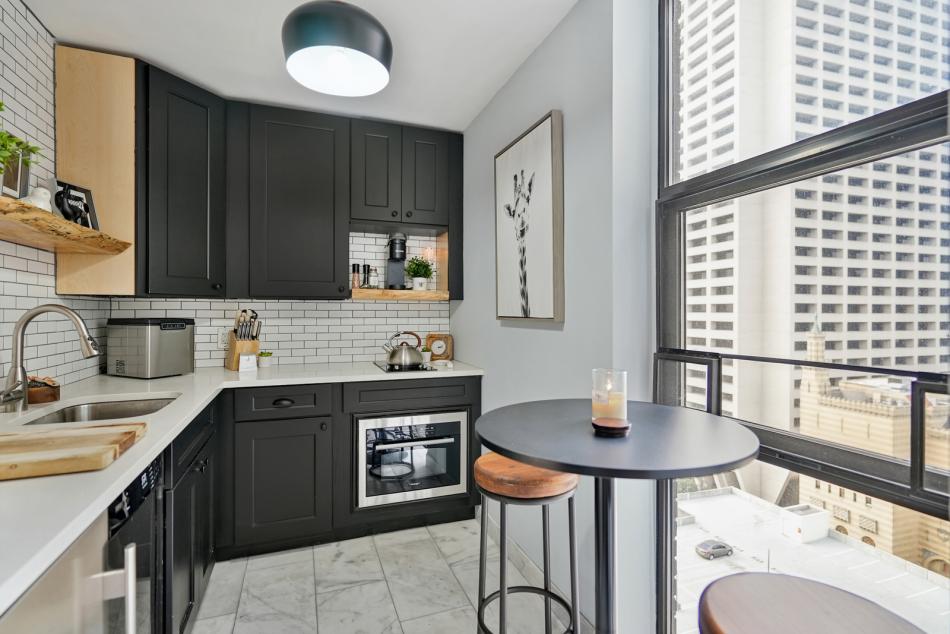 HOA fees clock in at $495 monthly, but that does include electricity, gas, water, and sewer in this case.

Perks around the building include 24-hour concierge services, a communal pool, gym, and full-on laundromat. One gated parking space also comes with the condo.

According to the listing, the building recently underwent a multi-million dollar refresh of the lobby and hallways that also added new elevators and HVACs throughout. (We’ll venture to guess that didn’t extend to the common areas with drop ceilings and ivy carpeting.)

Overall, the Windsor is described as one of Midtown’s “few remaining midcentury modern high-rises,” and it just might be an example of where condo bucks still get lots of bang in Atlanta. Wander up to the gallery for a closer look.