The Pratt Pullman District’s metamorphosis from a moldering, vacant factory complex into a melding of cultural events and large-scale development continues.

The Kirkwood project is expected to debut an outdoor music venue and concert series next month at the heart of the historic 27-acre property.

Performances will be held at what’s called the Pullman Art Center Amphitheater, with a stage set on the property’s historic “transfer table” that moved trains when the site functioned as Pullman Company’s Southeastern hub. It’s being described as one of the country’s most unique performing platforms.

The first all-ages show will be performed by a new 45-piece symphony orchestra, Pullman Pops, on the evening of July 20. Tickets start at $44.

Rosenfelt said the center’s symphony was assembled with Tony-nominated Larry Blank, conductor of the Pasadena Pops. 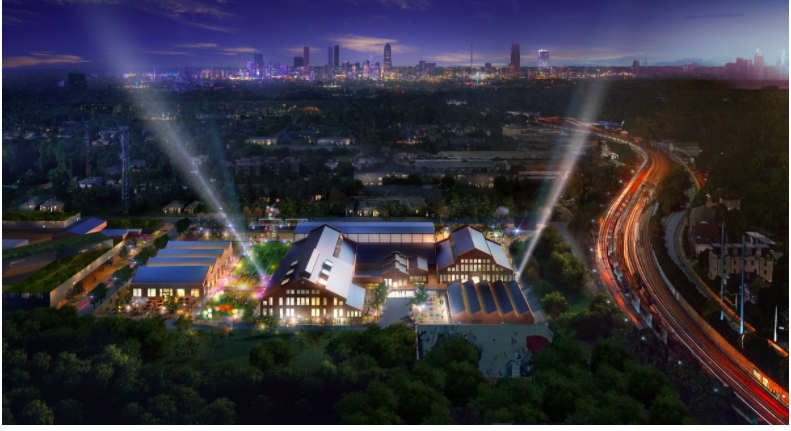 A rendering of historic structures at the Kirkwood site, with the amphitheater component at left in green. Courtesy of Pratt Pullman District 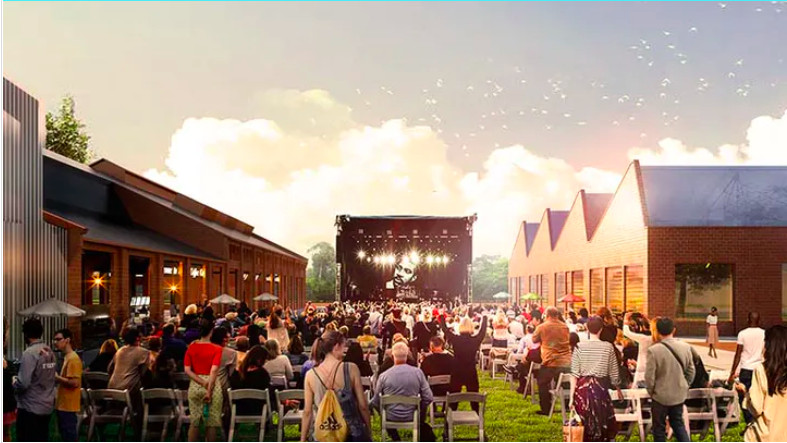 Plans for what developers describe as one of the country's most unique performing stages. Courtesy of Pratt Pullman District

It’s the latest news in a busy year for Pratt Pullman District.

Next to the interactive Van Gogh exhibit, the district opened its first brick-and-mortar restaurant, the Abby Singer, alongside a public-accessible railcar park full of food and drink options last month.

At the south end of the property, Alliance Residential Company is developing a three-building complex of 354 apartments called Broadstone Pullman with a goal of opening in early 2022.

Between the rentals and new amphitheater, Atomic plans to build three new film and TV production soundstages wrapped with 250 apartments and retail spaces, with at least 10 percent of the rentals reserved for residents earning no more than 80 percent of the area’s median income.

The latter plans call for underground guest parking and about 10,000 square feet of retail storefronts.