After more than six decades of redefining Atlanta’s skyline with office and hotel buildings, Portman Holdings is officially under construction on its first residential tower in the city.

The 370-unit project, 1000 Spring, will rise on one of Midtown’s highest points, currently a parking lot at the northwest corner of Spring and 10th streets. 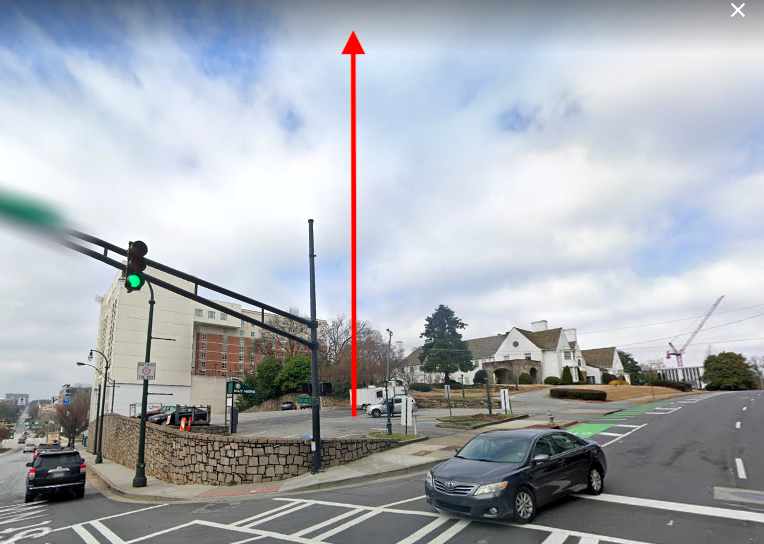 Where the 370-unit residential piece of the 4-acre Spring Quarter site is rising now. Google Maps

The tower was initially proposed at 36 stories—the tallest component of Portman’s plans overlooking the Connector—but renderings suggest it’s been reduced by about 10 stories. We’ve asked Portman media reps and a development official why the changes were made, and we’ll post any further information that comes.

UPDATE: A project rep provides this context regarding the changes: "There isn’t an underlying story. It’s very common that early conceptual designs evolve throughout the process, especially with this particularly complicated and elaborate project."

At last check, the office component at 1020 Spring Street NW was pitched as 34 stories, to be constructed around the nearly century-old Spring Hill Mortuary (H.M. Patterson House). That Philip Trammell Shutze-designed landmark will be adaptively reused and woven into redevelopment plans, Portman officials say. 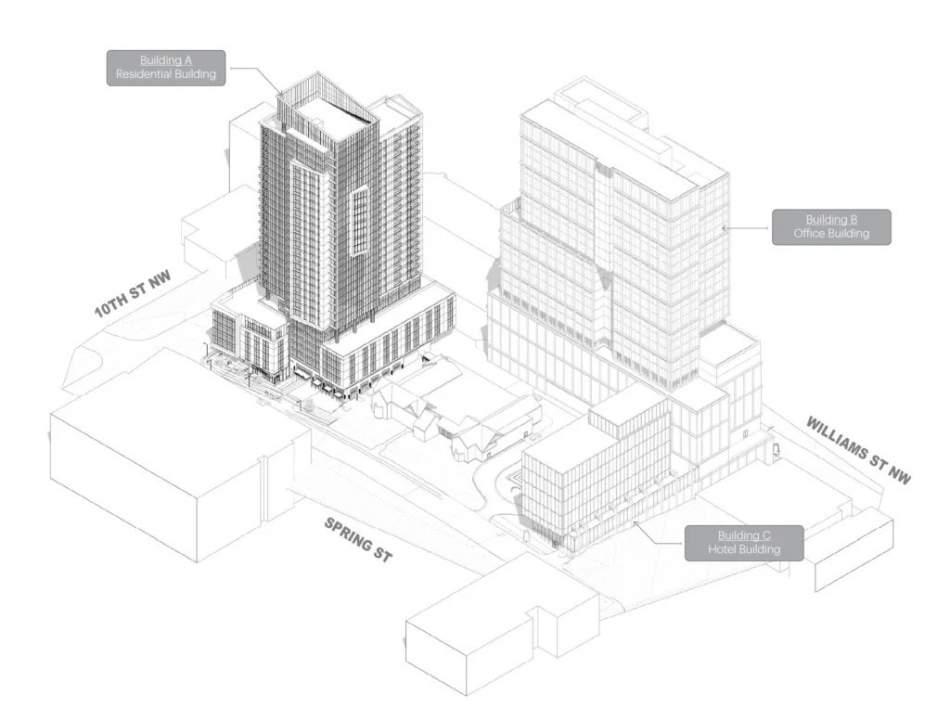 An overview of the site submitted to Midtown DRC last year, showing the residential tower (A), offices (B), and potential hotel (C).Portman Holdings, via Midtown Alliance

Overall, the site is more than 4 acres. A 225-key hotel is also in the mix, next to the office tower along Spring Street, along with “carefully curated street-level retailers to support the local fabric of the neighborhood,” according to a press release this week.

“For more than 62 years, Portman Holdings has been an innovator in design and development of transformational hotel and office properties. Residential was a missing piece,” Harvey Wadsworth, Portman Residential’s managing director, said in the groundbreaking’s announcement. “Now, we bring that same level of excellence to the residential sector with our first project.” 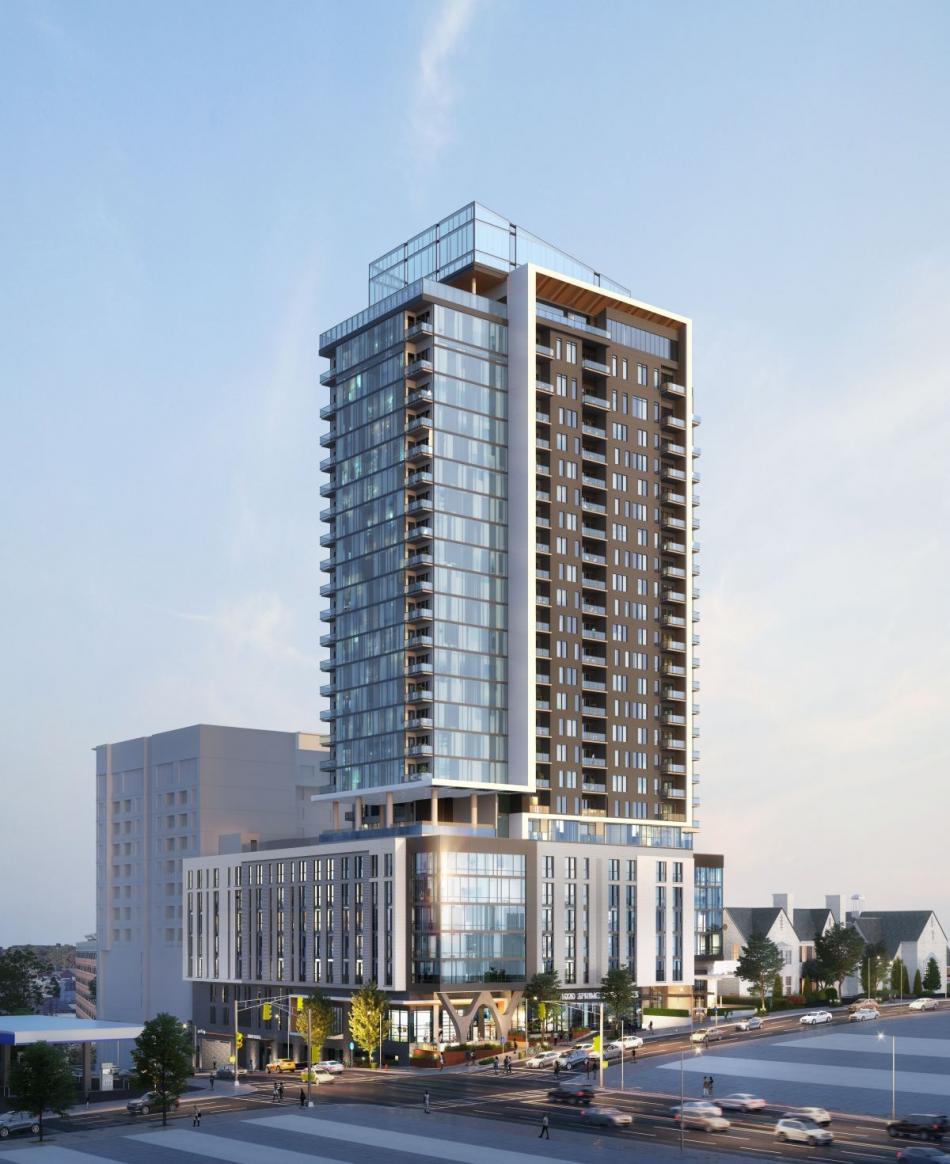