Perhaps you’ve flown into Hartsfield-Jackson International Airport lately and noticed the vast expanse of churned red clay between the runways and downtown Atlanta.

That’d be the rip-roaring Porsche Experience Center getting significantly larger.

As an expansion of its North American Headquarters in Atlanta, and its footprint in the U.S. overall, Porsche broke ground on the first phase of the project in September 2020, located between Interstate 75 and downtown Hapeville. 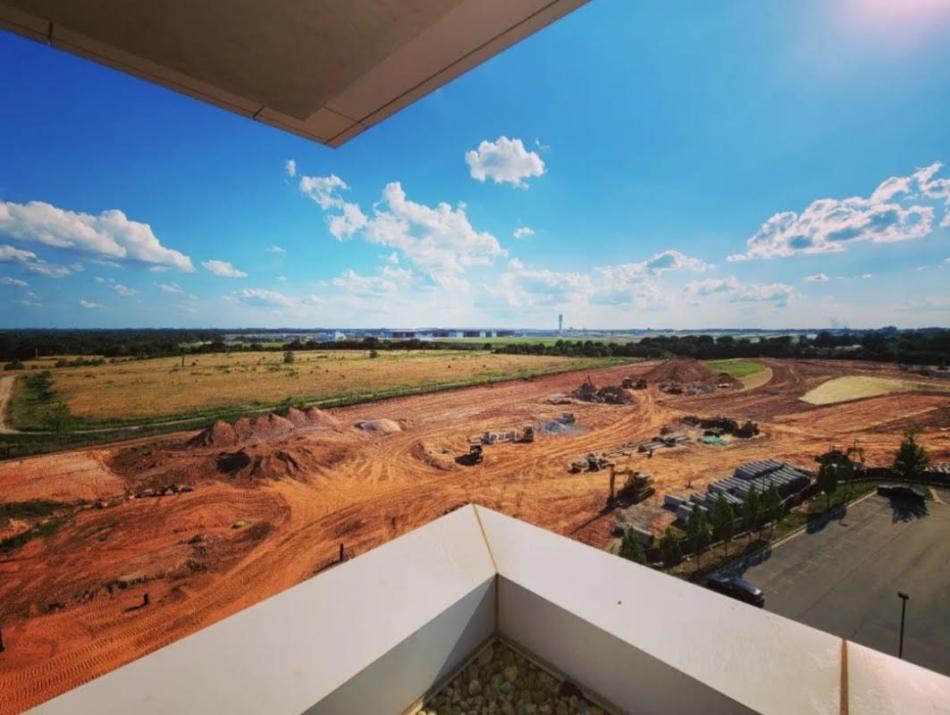 Construction progress on the test track, as seen roughly a month ago from the deck of the Kimpton Hotel. Photo courtesy of Brett Reichert

Positioned at the northeast corner of the Atlanta airport, the multifaceted 33-acre addition will be adjacent (and connected) to the existing 27-acre headquarters that opened in 2015, allowing guests to push the German sports cars to their limits.

Other attractions include a museum and two dining concepts, Restaurant 356 and Carrera Café.

Additions to that initial Porsche investment include a new standalone service center, a Porsche Classic Restoration facility, and yes, a technical new driver development course than can be linked with the existing one for almost 3 miles of track.

Corners of the new course, as Porsche has specified, were inspired by the Nürburgring carousel turn, the Laguna Seca corkscrew, and the Tail of the Dragon road. 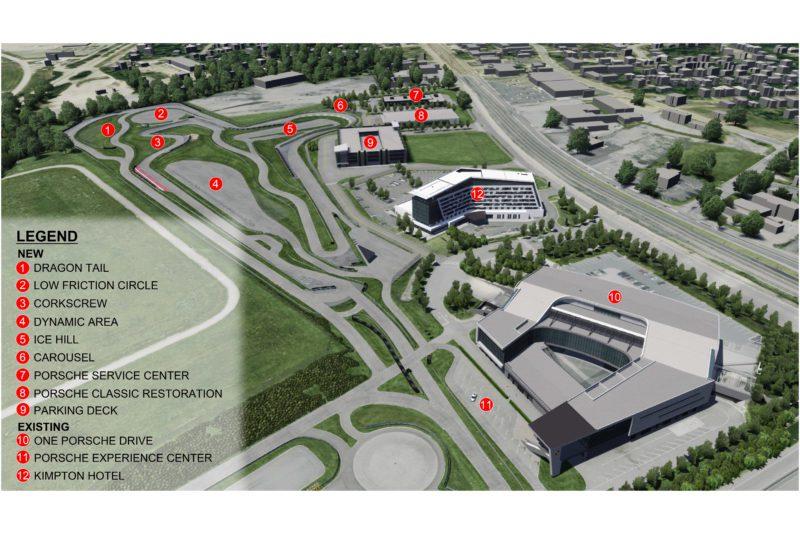 Other features of the new course include a dynamic zone for slaloms, a low friction circle, and a new ice hill. An additional parking structure is also in the works.

Porsche Cars of North America has said the new track will open in mid-2023, with the restoration building completing the expansion later in the year. 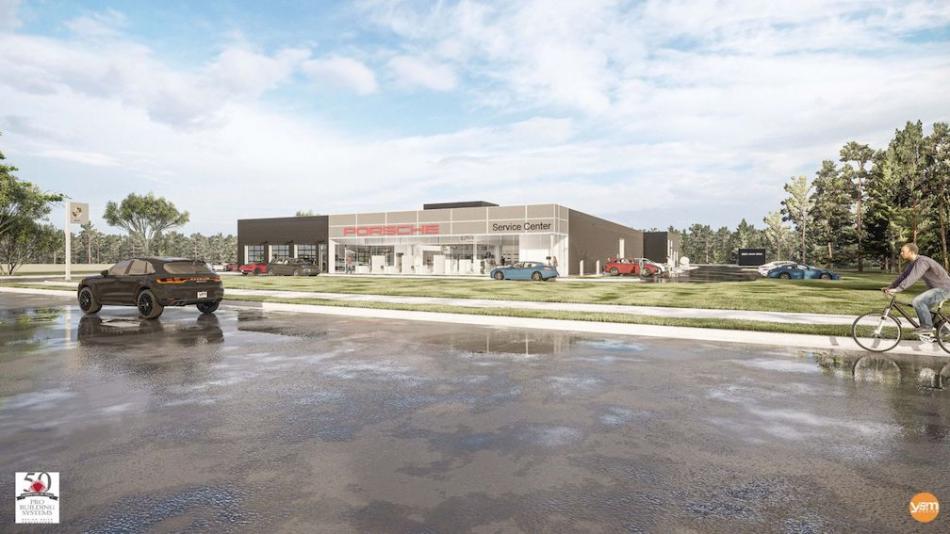 Porsche hasn’t specified what they’re investing in the expansion, beyond calling it a “multi-million dollar development.” Porsche reps have said the original facilities tallied more than a quarter-million visitors in the first five years alone. 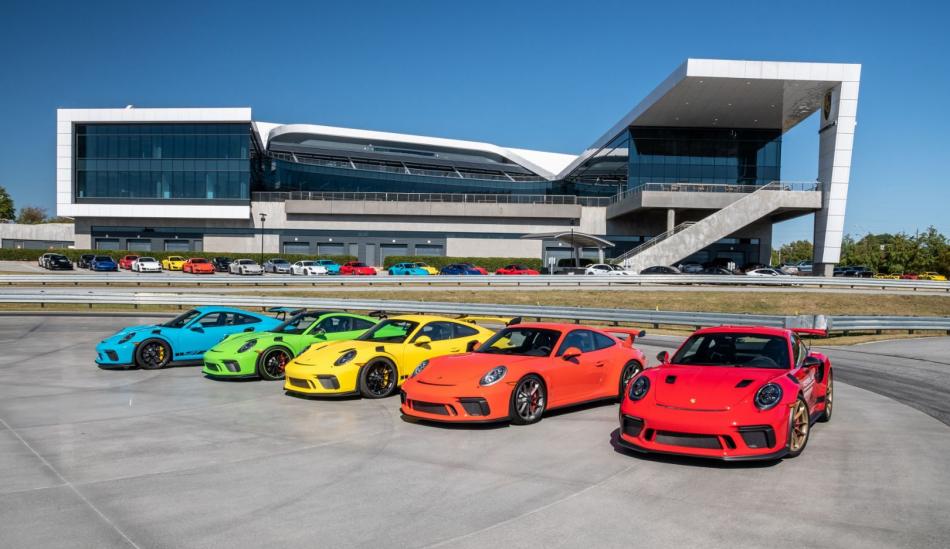 Part of the existing track and technical driving components at the Porsche Experience Center. Courtesy of Porsche Cars North America

“[Porsche] continues to drive major investment and residential development in and around Hapeville,” said Reichert.