A Reynoldstown investment concept is being floated that could take townhome living—and bougie eastside lifestyles, some might argue—to the next level.

It’s called “The Swank,” and according to marketing materials, living at these townhomes would be like having your own personal Atlanta BeltLine staycation every single day.

The 14 units would rise at the southwest corner of Memorial Drive and Stovall Street, a block from Fuqua Development’s Madison Yards and across the street from the under-construction 982 Memorial apartments.

Each deluxe townhome would stand four stories, with four bedrooms and just shy of 3,500 square feet. Elevators, of course, would be included, but the true swank would come via the in-house gyms, saunas, and unreal sky terraces with swim spas, tanning loungers, and city vistas.

“These units are very unique, modern, and unmatched,” reads the pitch to potential investors. 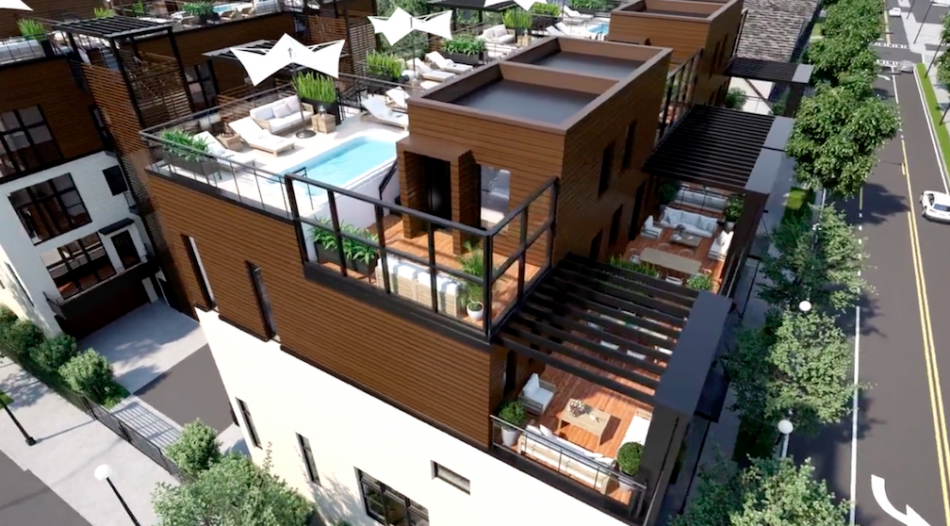 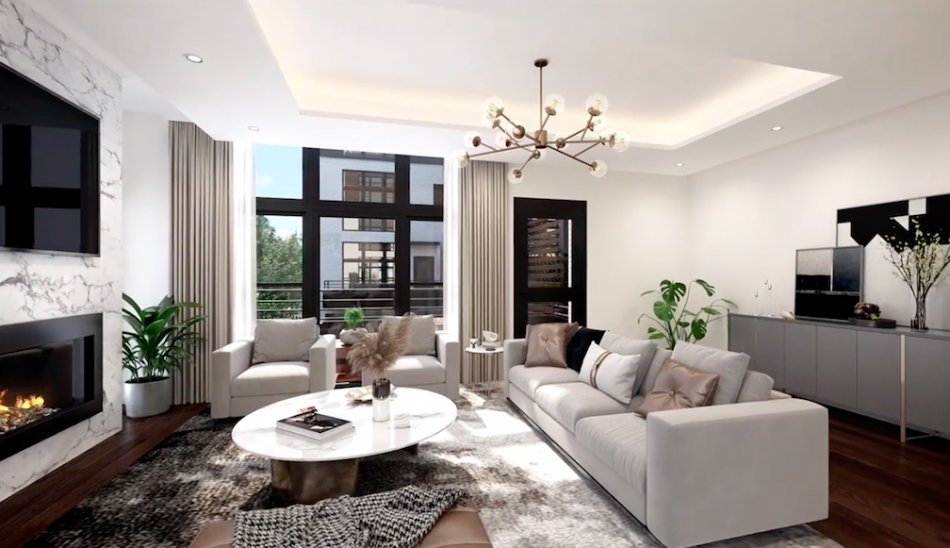 The concept is being put forward in an unconventional, crowdfunded way by an LLC called Strategic Projects Holdings.

The development team has raised $600,000 of a $12-million funding goal via EquityNet.

The .18-acre corner lot in question at 999 Memorial Drive is owned by Second Mount Vernon Baptist Church, and it’s actively for sale at $1.1 million. Permitting records show no recent activity at the site.

We’ve reached out to project leaders, seeking details on where the project stands and what townhome price ranges might be, and we’ll post any additional information that comes.

Any guesses what it might cost, should the project materialize, to say you live at The Swank?