Now visible for blocks in any direction, the Signal House project has five or six more stories to go before topping out, meaning it stands roughly 3/4ths of its total height, as a recent site visit proved. Especially for BeltLine patrons headed north toward Piedmont Park, it lends the trail a more urban, High Line-esque feel. 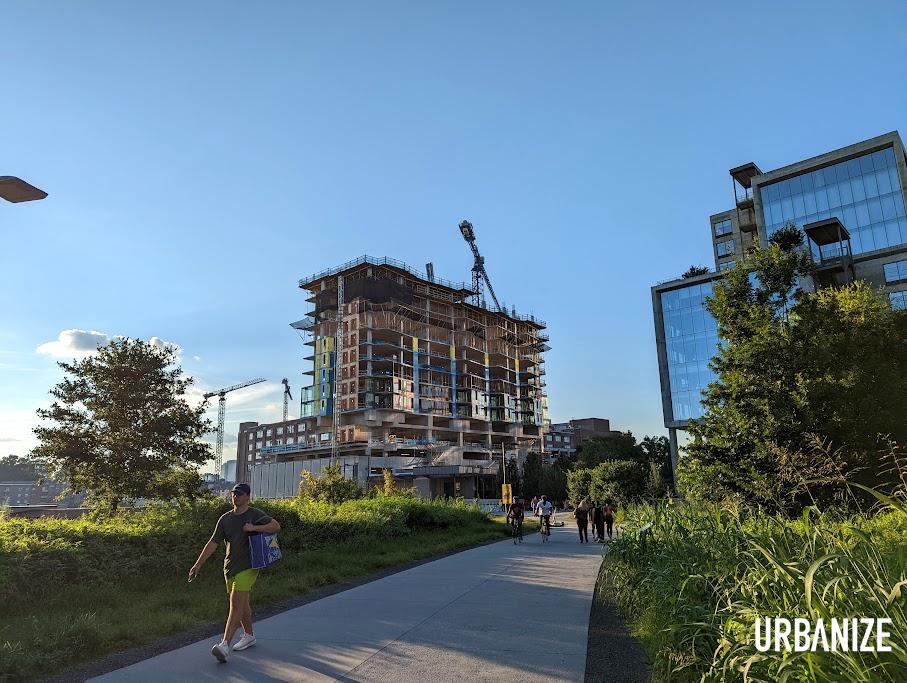 The new apartments in relation to the 725 Ponce complex with Kroger at the base across the BeltLine. Josh Green/Urbanize Atlanta

Jamestown Properties began construction last winter to build Signal House atop a longstanding parking structure created for Ponce City Market’s conversion from City Hall East almost a decade ago. Positioned where the BeltLine meets North Avenue, next to open-air events space The Shed, it will also include 3,300 square feet of retail fronting the BeltLine, project officials have said. Jamestown initially presented plans for an expansion on this section of the property, called Parcel F, back in 2017.

Jamestown revealed in April the building is being designed for active adults and the 55-plus community, with apartments ranging from one to three-bedrooms and a focus on health and wellness.

It’s too early to forecast what Signal House rents will be. But project officials have said 16 apartments will be set aside for residents making 60 percent of the area median income, or roughly $52,000 for a family of four. Another eight would rent for 120 percent of AMI.

The apartments are just one aspect of ongoing construction for Ponce City Market’s $175-million second phase, spread across the block. 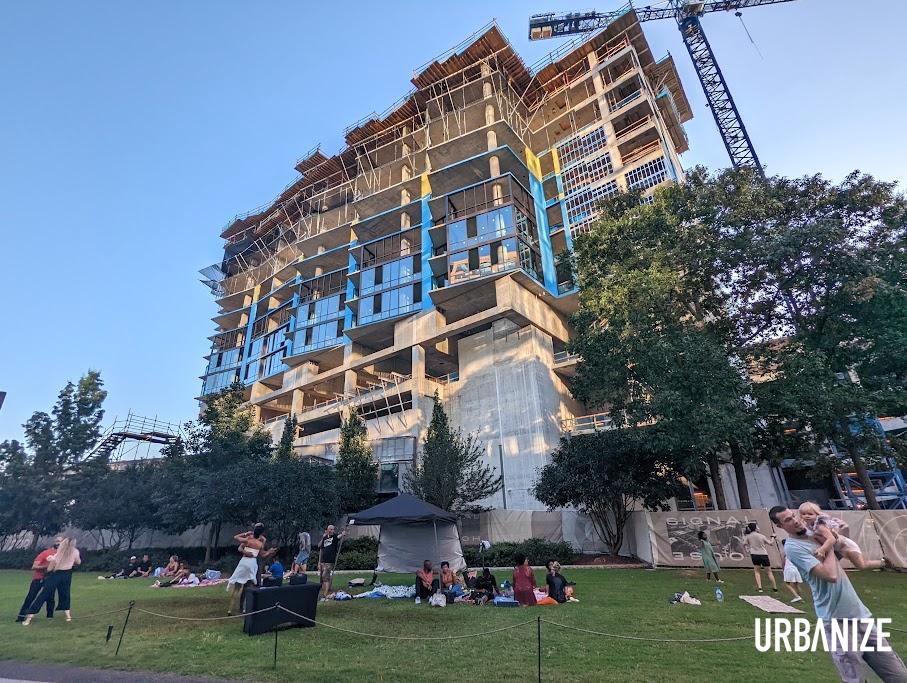 Public greenspace between the BeltLine and the new apartment building's base. Josh Green/Urbanize Atlanta

On the flipside of the former Sears, Roebuck and Co. distribution center—the northwest corner, where Ponce meets Glen Iris Drive—another 21-story building is in development that will see a flexible-stay, hospitality-living concept catered to “the global nomad” with 405 units, all fully furnished, officials have said.

The broader goal with the second phase is to activate underutilized sections of Ponce City Market’s property, creating 550 jobs, Jamestown officials have said.

Signal House is scheduled to deliver in late 2023 as the first new component to open. Head to the gallery for a photo tour showing where construction stands today.