[UPDATE: Ponce City Market developer Jamestown Properties has decided to pause its application for tax abatements with the Development Authority of Fulton County "so that we can appropriately and substantively respond to feedback from staff and board members," CEO Matt Bronfman said this afternoon, in a press statement."We look forward to continuing the dialogue with DAFC," Bronfman added, "and are optimistic we will be able to create an outcome that allows for highly sustainable development with innovative housing solutions."

Like dozens of other Atlanta developments in hot neighborhoods recently, Ponce City Market’s plans for a multi-pronged expansion around its Old Fourth Ward block are being scrutinized for requesting tax breaks.

Jamestown Properties, developer of the eastside mixed-use landmark, could receive an $8-million property tax abatement from the embattled Development Authority of Fulton County for a proposed $175-million second phase on two sides of the former Sears, Roebuck and Co. distribution center, as the AJC reports.

One outspoken critic is calling the tax gifts unnecessary in an intown district that’s been white-hot with private investment for years—while the developer points to all the positive aspects a second round of Ponce City Market growth would bring to the neighborhood.

DAFC has caught flak—and watched leaders resign—after an AJC probe found the agency had dished out more than $328 million in tax breaks to some 80 projects in the past three years, mostly to development in booming areas that likely would have been built anyway.

For its next phase, Ponce City Market could see years-old plans materialize for high-rise development directly on the BeltLine Eastside Trail, atop an existing parking structure that’s acted as a placeholder along North Avenue. That would include about 160 new apartments and 3,800 square feet of retail, topped by a roof deck, according to plans that came before the BeltLine DRC earlier this year. 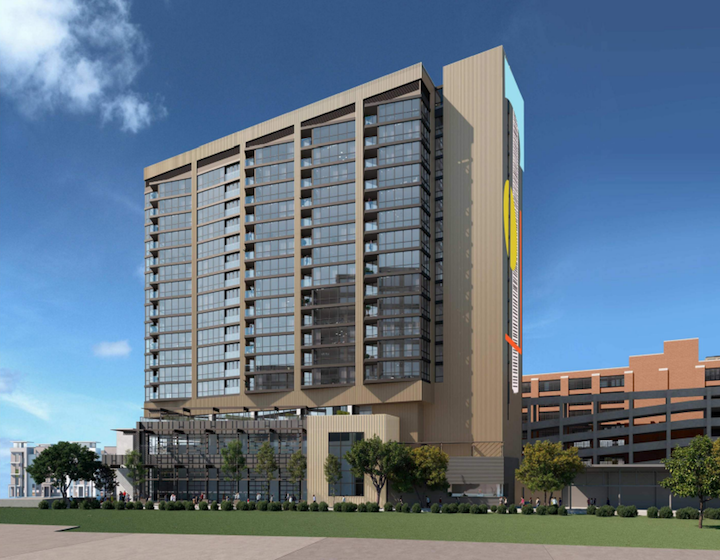 Meanwhile, on the opposite corner of the property where Ponce de Leon Avenue meets Glen Iris Drive, Jamestown plans to build a 225-foot “hospitality living” tower with 405 residences that offer hotel-like services and stays as short as one night.

At the foot of that building would be a retail component and an 85,000-square-foot, timber-built office property facing Ponce.

The proposed timber-built offices and "hospitality living" tower along Glen Iris Drive, as seen from the west. Atlanta Department of City Planning

Former Invest Atlanta member Julian Bene, a public funds watchdog and DAFC critic, had harsh words for Jamestown’s proposal. He told the AJC it’s “Exhibit A for a tax break that should be turned down,” having been proposed in “the hottest market in town,” and further proof that local government should start focusing “relief in the blighted areas that really need it.”

As justification for their request, Jamestown officials in a statement to the newspaper pointed to 550 jobs Ponce City Market’s second phase is expected to generate—alongside a net gain in tax revenue.

Neighborhood workers will be tapped to help build the second phase, and Jamestown vowed to create new female and minority-owned businesses for future tenants and employees. The company is also planning to channel $1 million into a program for retaining legacy residents and a forthcoming DAFC Trust, per the statement. 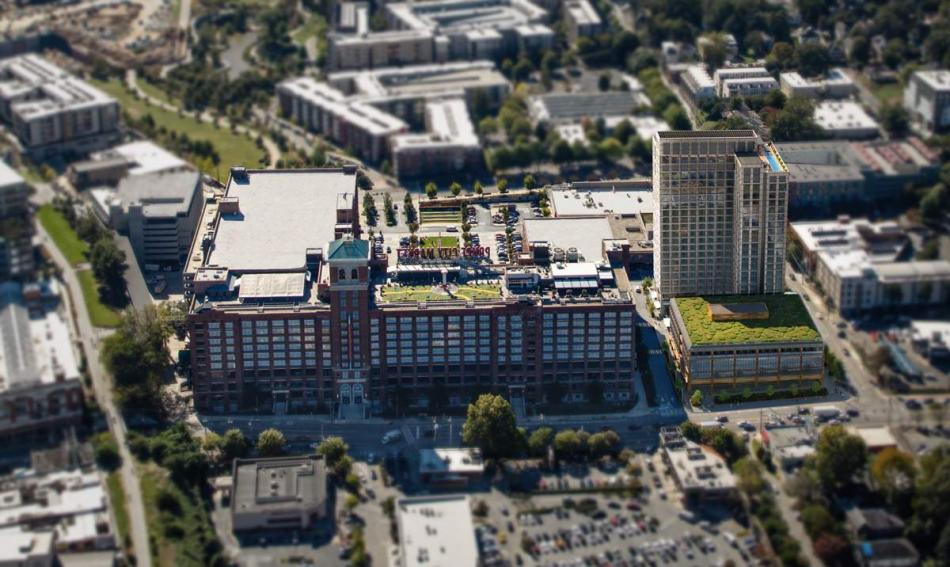 Where a 225-foot hospitality living tower and adjacent office building, at right, are also planned for the northwest corner of PCM's property.Courtesy of Jamestown Properties

In terms of relatively affordable housing, 16 apartments in phase two will be set aside for residents making 60 percent of the area median income—or roughly $52,000 for a family of four—while some units in Jamestown’s hospitality tower will be leased at 15 percent below market rate, per Jamestown.