Three years after it first came to market, a sprawling industrial site near the BeltLine’s Southside Trail has landed buyers with tall ambitions for the property. 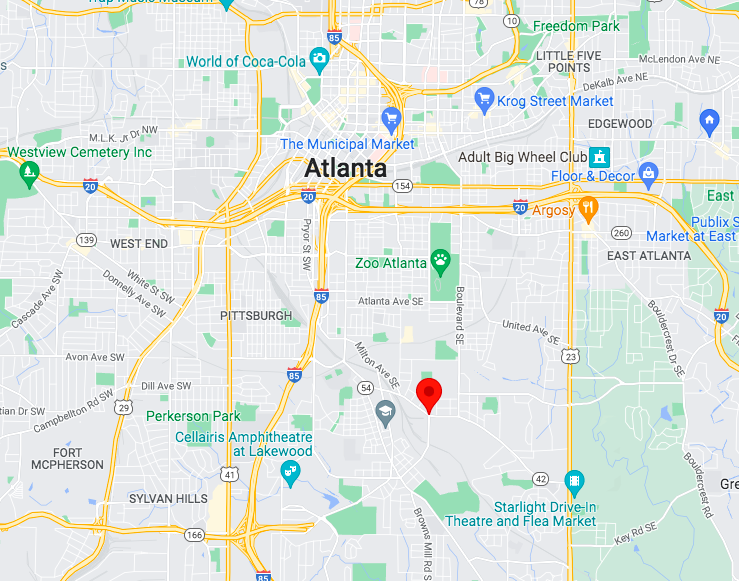 The site is located about a half-mile south of the BeltLine corridor, across the street from Atlanta's U.S. Penitentiary and just east of the downtown Connector

The property first came to market under the name “The Sawtell” three years ago, when marketers issued a call for bids from developers. Two salvageable buildings totaling 166,000 square feet stand on the property now, according to previous listings. 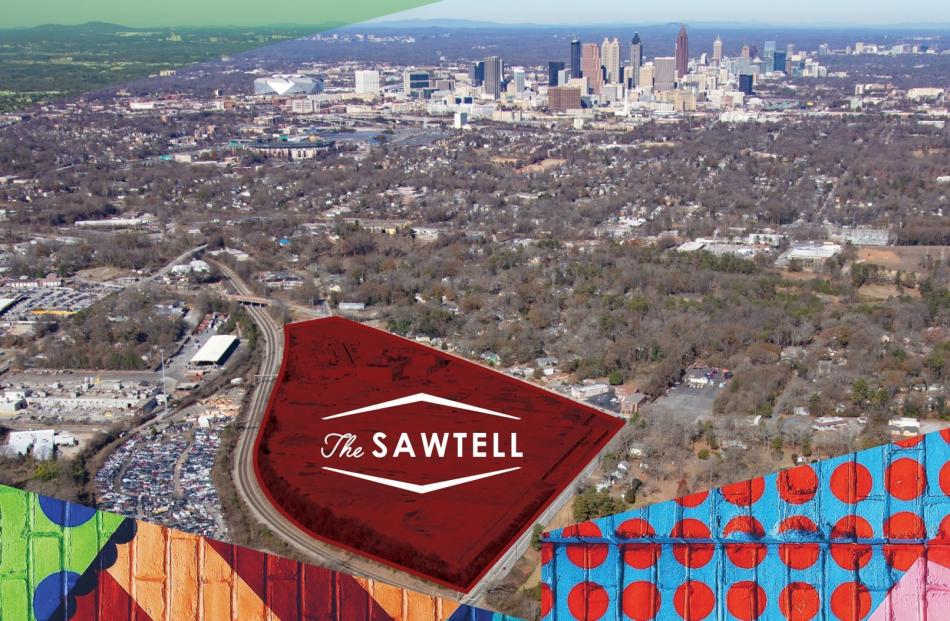 Illustration of the 40-acre site when it was marketed for sale in 2019. LoopNet

The grand plan calls for building 2,000 multifamily residences at the 500 Sawtell Avenue site, along with up to 150,000 square feet of commercial space, an adaptive-reuse “village center,” and several parks between buildings.

When asked about an affordable housing component at the Chosewood Park property, a project rep told Urbanize Atlanta that “options are being explored” at the moment but didn’t elaborate.

Beyond the residential portion, the vision calls for a mix of local eateries with outdoor seating, dedicated space for food trucks, coffee shops, coworking hubs, a wellness center, and an “innovative entertainment space,” per officials. 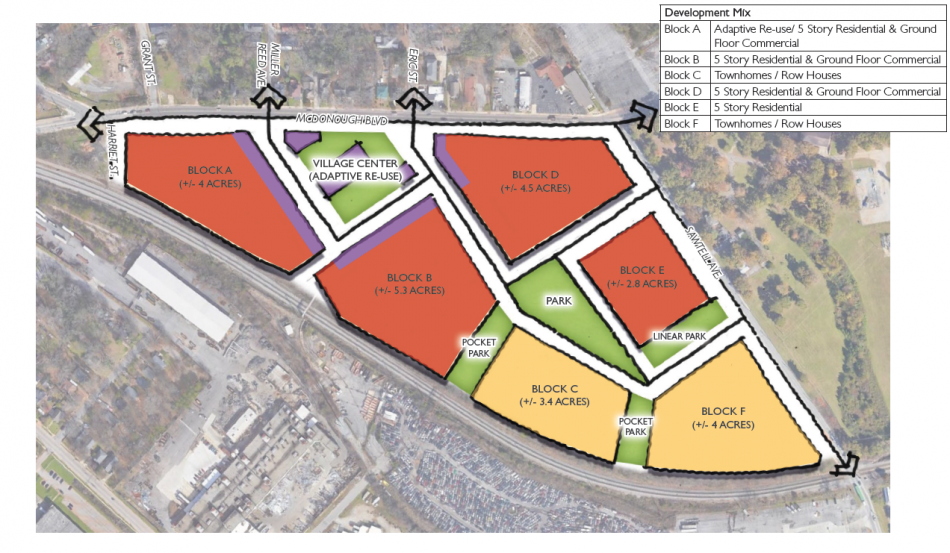 Overview of uses planned a half-mile south of the BeltLine. The Chosewood Park industrial property on Sawtell Avenue will see 2,000 homes—and much more—across 40 acres, the development team says.Courtesy of Origin Investments, Kaplan Residential

One unique aspect will be a resident-only experience called “Club Sawtell” that sounds like a blend of LA Fitness and WeWork, modeled after “leading members-only clubs with bespoke benefits throughout the country.” Developers have tapped Revel retail consultants and cofounder George Banks—whose past work includes Krog Street Market and The Interlock—to lead the commercial and adaptive-reuse sections.

Morris Kaplan, Kaplan Residential founder and president, said in a press release the goal is to bring “an unrivaled mixed-use community to an opportunity zone, thus driving significant economic growth and professional migration.” 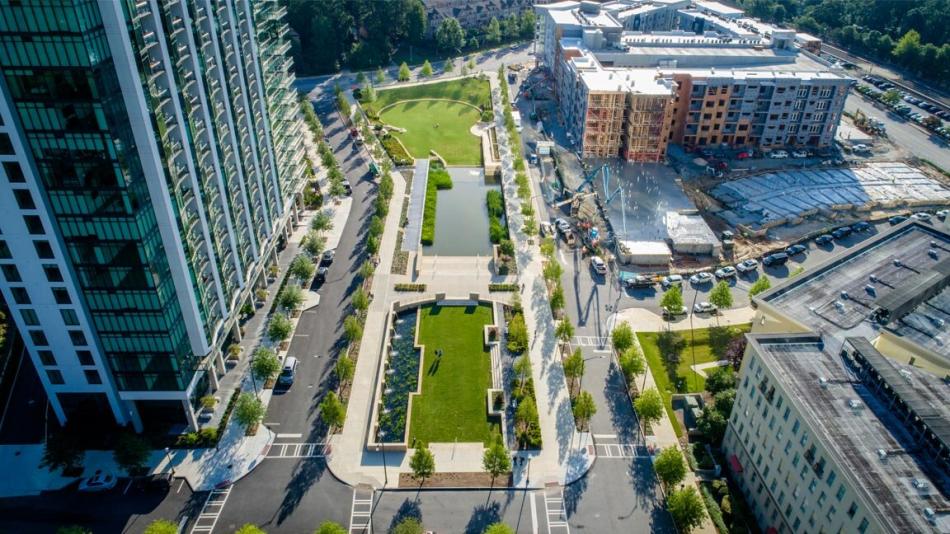 Elsewhere in the metro, Kaplan is partnering with Brock Built Homes to build more than 230 rental townhomes across 20 acres next to MARTA’s last stop on the Blue Line. The longtime Atlanta developer recently set a record for downtown multifamily building sales by offloading the 17-story Generation Atlanta complex for $126.9 million.

Origin has been involved with five multifamily projects around Atlanta over the past decade totaling more than 1,500 units, including the development of Olmsted Chamblee on the flipside of Atlanta.

The Chosewood Park development team also includes planning and landscape architecture firm HGOR and The Beck Group, which will lead design and construction of Club Sawtell.

Banks, of the Revel firm, said the commercial core of the project will be an Atlanta first, in that it calls for a “community asset designed not just for the new residents, but for the entire Chosewood Park neighborhood.”

A groundbreaking for the first phase is scheduled for the fourth quarter of this year. The initial phase alone is expected to include about 700 rental townhomes and apartments.