An alternate-transportation project that ambitiously aims to redefine connectivity around Atlanta’s airport and the south metro area has reached a significant milestone, officials announced this week.

Architecture and planning firm Pond and Company has compiled a plan for seven model-mile trail segments that could serve as a launchpad for what’s known as the AeroATL Greenway.

The concept calls for a network of multi-use trails that would echo the Atlanta BeltLine and weave together various mixed-use aspects of the broader Aerotropolis Atlanta redevelopment plan.

The AeroATL Greenway, as the thinking goes, would help connect people to nature and jobs while spurring economic development in the area, in the way the Westside BeltLine Connector already has for English Avenue. 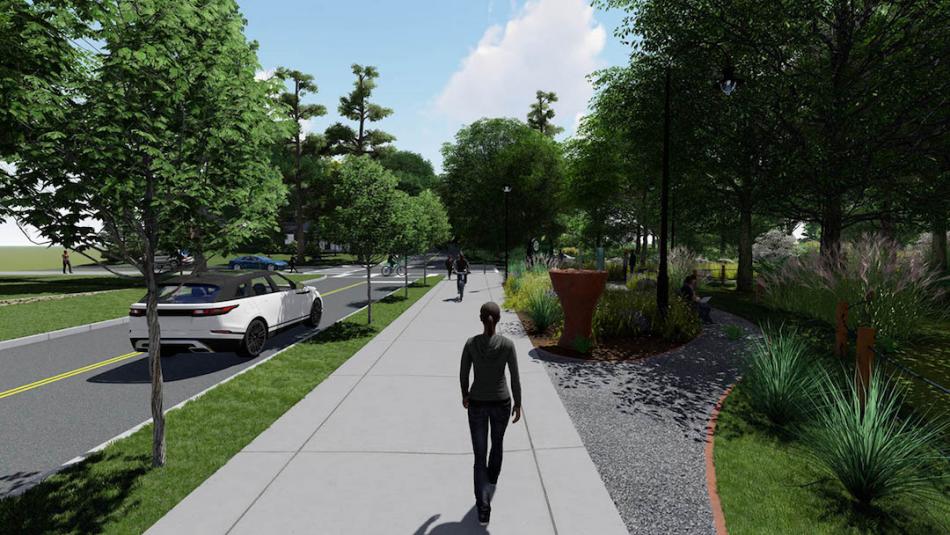 Beginning in early 2020, Pond worked with the ATL Airport Community Improvement Districts and the Aerotropolis Atlanta Alliance to hold discussions (many of them virtual) with each community, and then tailored model-mile plans to reflect feedback.

The public’s preferred routes, cost estimates, engineering constraints, and overall feasibility were all taken into consideration, per Pond officials.

“Implementing this [trail network] plan would be a gamechanger for South Atlanta, encouraging a more walkable and livable area,” Pond project manager Andrew Kohr said in a Tuesday announcement.

With the model-mile plans finalized, the AACIDs and Alliance will begin the process of seeking funding through its local government partners in hopes of designing and building the trail network soon.

Shannon James, the Alliance’s CEO and president, called the model miles “the first step towards bringing balance to metro Atlanta’s trail network” and proof that “leaders in the Aerotropolis region are dedicated to building equity and resilience into our built environment.” 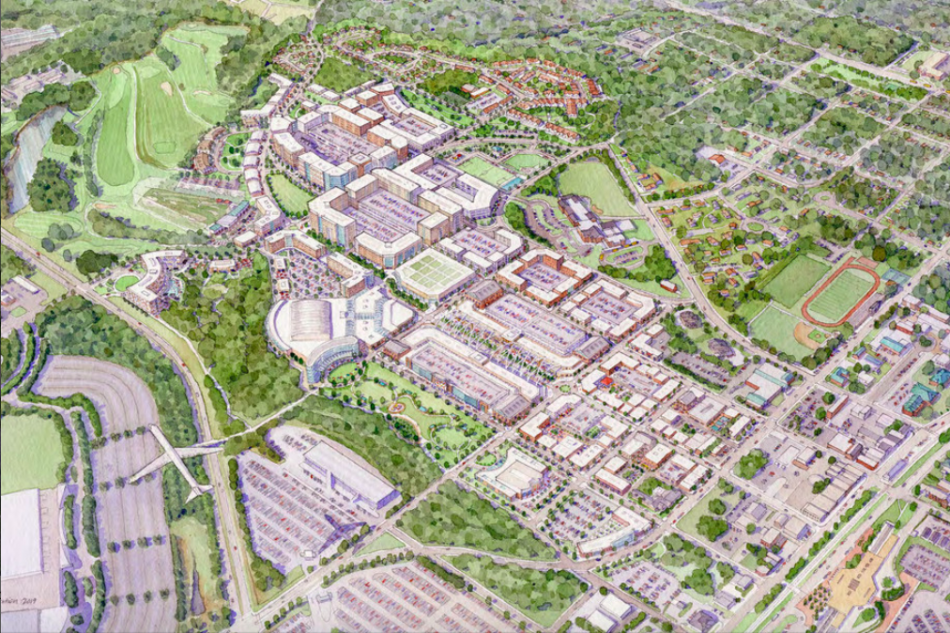 An early vision for College Park's Airport City. It would span 420 acres just west of the airport and continue the broader Aerotropolis goal of activating underutilized land. City of College Park

Back in 2015, business and political leaders formed the Alliance as a means to accelerate efforts to transform the mishmash of warehouses, restaurants serving airport workers, and hotels for travelers into somewhere patrons of Hartsfield-Jackson International Airport and locals alike would want to live, work, and play.

Porsche’s North American Headquarters complex, Hapeville’s reviving downtown district, College Park’s plans for a 420-acre mini city, and various other private investments have all been pointed to as proof the Aerotropolis concept has legs.