[UPDATE: 1 September 14, 8:32 a.m. Midtown Alliance has shared the first visuals for the adaptive-reuse 12th & Everything proposal (see above and below) across the street from a main Piedmont Park entrance, as presented to the Midtown Development Review Committee on Tuesday. Plans call for a third DAS BBQ location in Atlanta with a building conversion heavy on rooftop and street-level patio space, while the currently shuttered building next door on Piedmont Avenue would see a mix of retail and conference space—potentially Skate Escape and a coffee option, per renderings.

[UPDATE 2: The development team shares these additional details in a press release today, with another rendering included below. The full project is expected to open in mid-2023: "Made of stone and cedar, the design of the 2,315-square-foot building at 1084 Piedmont [Avenue] will draw inspiration from Piedmont Park, housing a restaurant downstairs and an 800-square-foot, upstairs dining terrace with a gable-covered bar overlooking the park. The terrace will also be available for private events. Next door, the 1094 building will be around 1,500 square feet and feature the iconic, historic skate shop Skate Escape fronted by a new coffee shop called PMA Coffee."]

Midtown’s roster of restaurant and retail offerings along the fringes of Piedmont Park could be in for a boost.

A concept called 12th & Everything is formulating plans to convert longstanding business Skate Escape and an adjacent brick structure into a business that melds outdoor dining with retail and conference spaces, according to Midtown Alliance.

The buildings in question stand at the northwest corner of 12th Street and Piedmont Avenue, across the street from a primary entrance to Piedmont Park, a new Shake Shack location, and Willy’s Mexicana Grill. 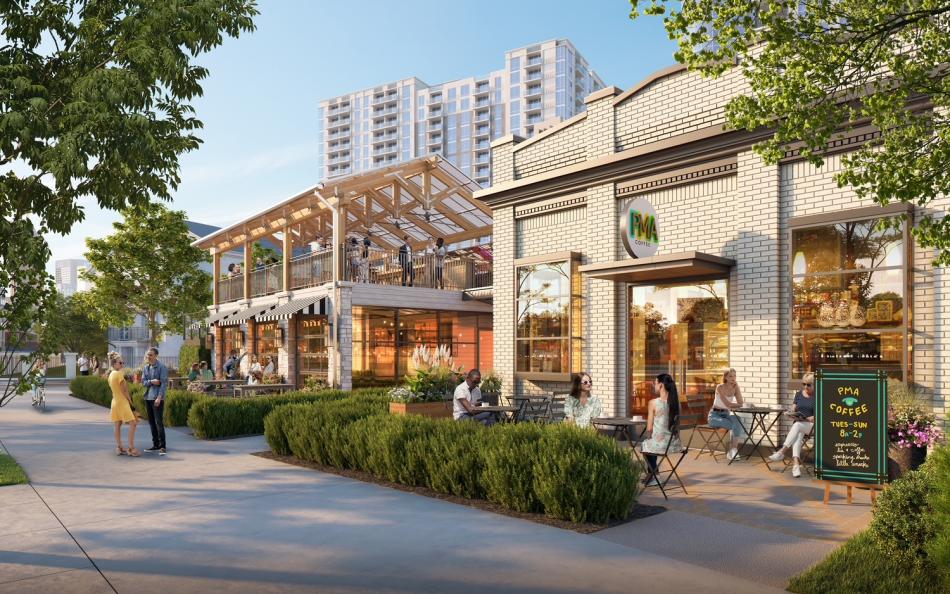 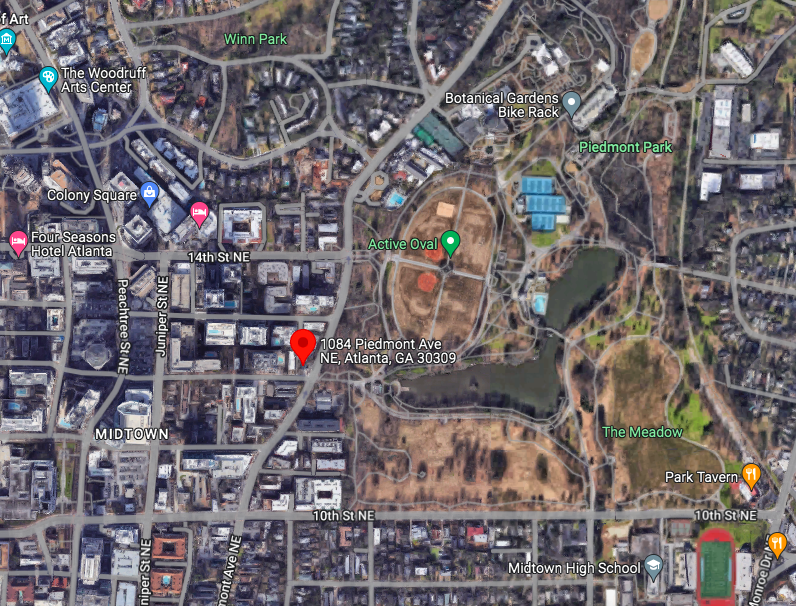 The 1084 and 1094 Piedmont Avenue building locations in relation to the western edges of the park. Google Maps 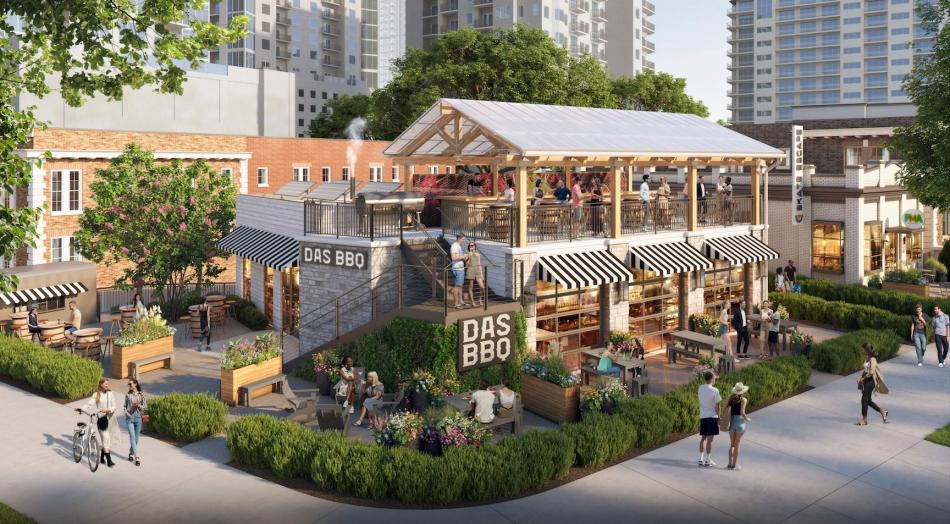 Plans presented Tuesday for the 12th & Everything adaptive-reuse project near a main Piedmont Park entrance. Smallwood/DAS BBQ, via Midtown Alliance

Skate Escape has operated on that corner since 1979 as the “oldest roller skate and skateboard shop” in Atlanta, per the business’ website, but has been offered for sale in recent years as its owners pondered retirement.

The neighboring brick structure, located immediately to the north, was once part of the skate shop business but has been shuttered for several years.

Instead of demolishing the buildings, plans call for adaptively reusing and expanding them as 12th & Everything. 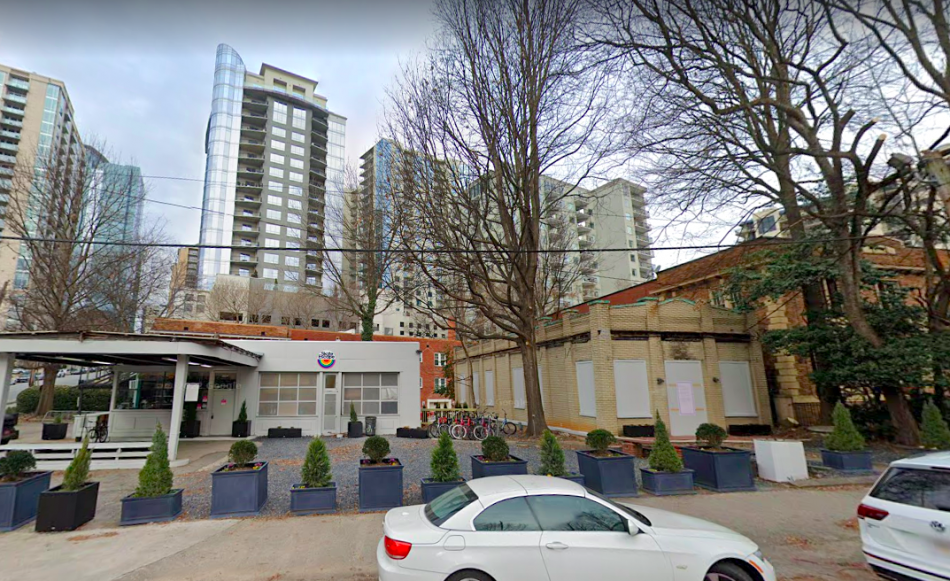 How both buildings in question front Piedmont Avenue. Google Maps

The current Skate Escape structure at 1084 Piedmont Avenue—long a hub of rental bikes—would be expanded by about 940 square feet to create a new restaurant space that spans 2,315 square feet overall.

That would include a new 800-square-foot, canopied rooftop and a patio at sidewalk level for dining, according to a Midtown Development Review Committee agenda for Tuesday’s monthly meeting.

Next door, plans call for fully renovating the 1094 Piedmont Avenue building to create 1,486 square feet of retail and conference space, per Midtown Alliance. 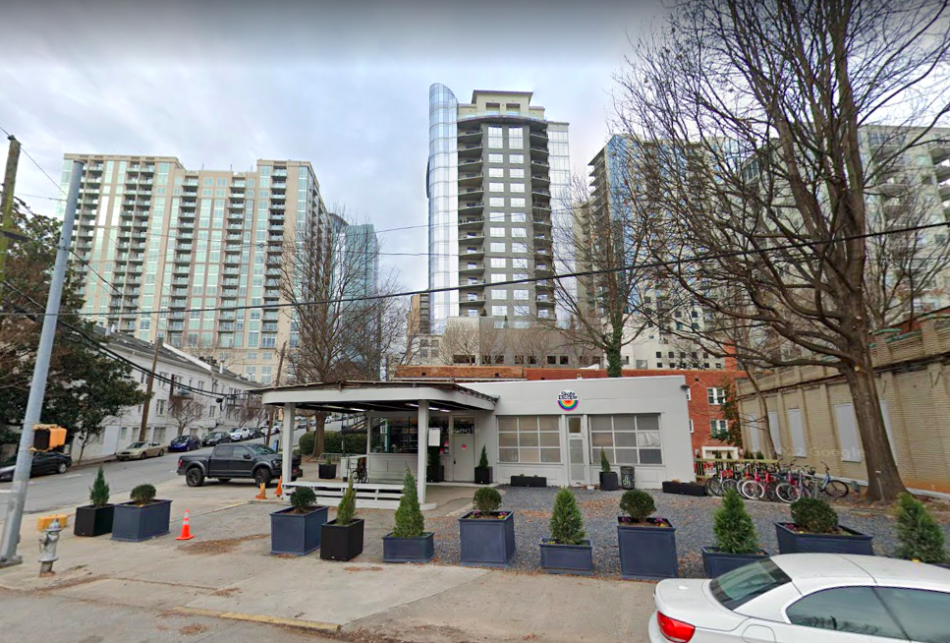 Between the buildings, a new translucent canopy would be installed, connecting to each rooftop. Below that, “significant hardscape and landscaping improvements” would serve to beautify the spaces, per the agenda. Parking would be offered nearby in what’s described as a “shared parking arrangement.”

Applicants include representatives of the Smallwood architecture firm, Genesis Engineering, and Stephen Franklin of DAS BBQ, per Midtown Alliance.