As any development wonk knows, architectural renderings are notorious for exaggerating or distorting a project’s backdrop and views, often subbing in sections of a skyline where they don’t stand, or imagining a mountain range that isn’t there.

But this could be a case where renderings actually undersold the finished product.

As reported last week, the two-building Inspire Atlanta complex by Capstone Communities has officially opened in time for Georgia Tech’s fall semester, taking land that had been public housing but was cleared before Atlanta’s Centennial Olympic Games.

Since the luxury student-housing project broke ground in 2019, the views from rooftop amenities levels promised to be special. But as the community’s leasing team shows with recent photos, these new vistas across Midtown and downtown Atlanta just might be ... inspiring?

Views span from The Benz to Buckhead and Atlantic Station, with direct sight lines into Bobby Dodd Stadium from the 12th-floor sky deck. 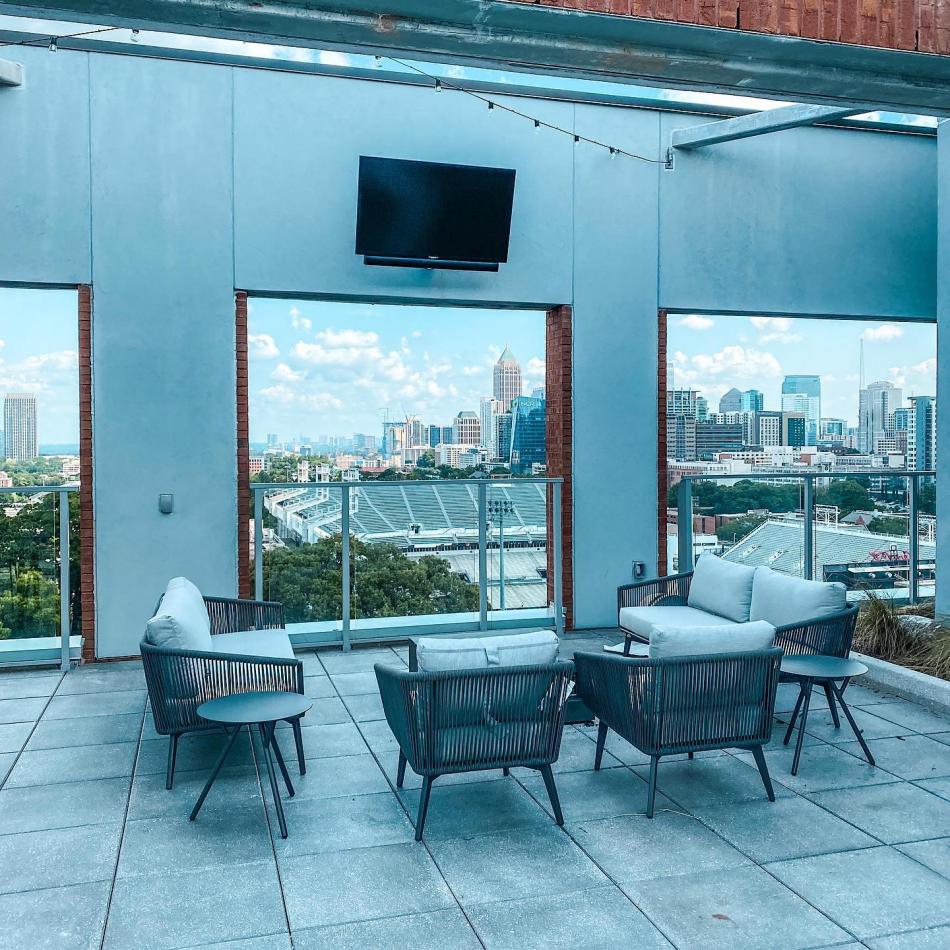 This lounge area on the tallest building's 12th-floor sky deck allows for simultaneously watching Yellow Jackets football on television and in the flesh. Inspire Atlanta/FB

Student rentals range from studios to five-bedroom flats, totaling 750 beds in buildings that stand 12 and seven stories. The taller one boasts a clubhouse, grilling areas, firepits, hammocks, and a resort-style pool on the roof, also with panoramic views.

Elsewhere is a cycle-fitness studio, computer lounge, business center, and an array of private study areas. Student rents begin at $999 for spaces in five-bedroom units, with more private studio apartments starting at $1,385 monthly. 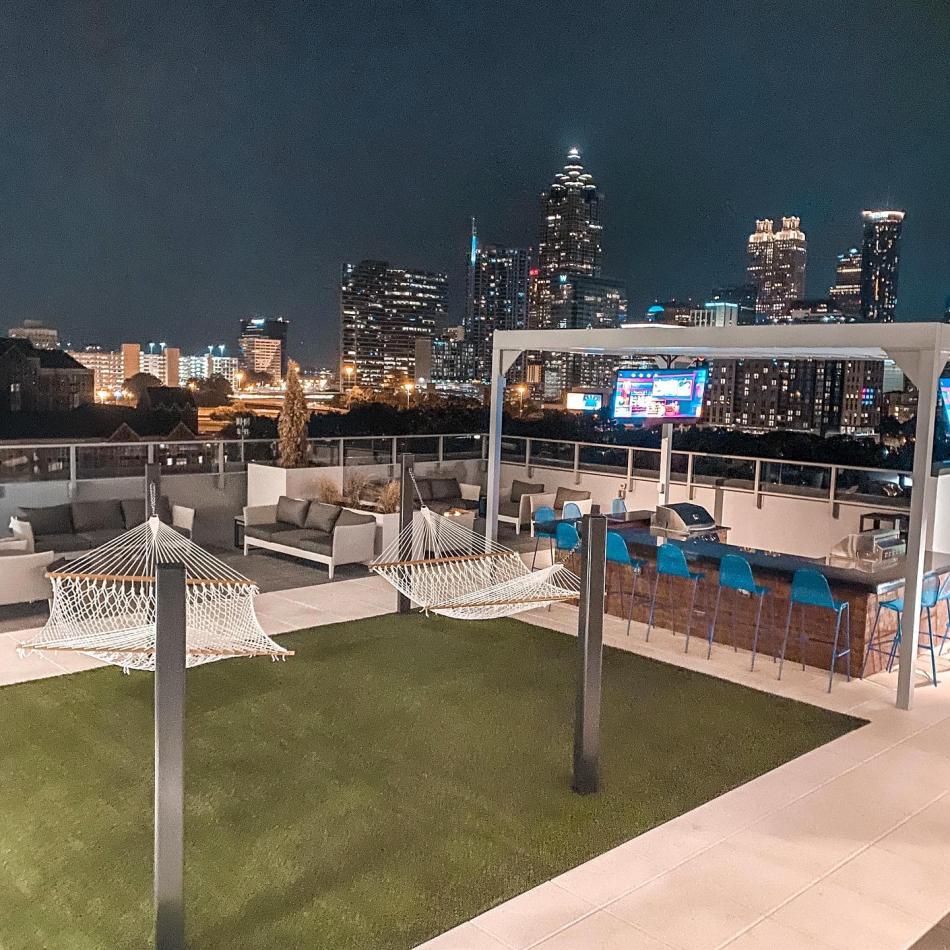 Construction heads called Inspire Atlanta “a premier, amenity-laden community” that will offer a “dynamic living experience for students in the decades to come.”

Have a look at the skyline vantage points they’ll have in the gallery above.