From a commercial real estate perspective, the antithesis of 2020’s COVID-19 lockdowns and leasing malaise could be found at the corner of 14th Street and Howell Mill Road in Atlanta, where the $450-million, mixed-use Interlock project is beginning to rumble to life like a multifaceted funplex for grownups.

With its understated industrial character, the Interlock has sprung up from surface lots that used to house heavy machinery. In recent weeks, it’s debuted a boutique hotel and nightlife hotspot with putt-putt to complement nearly 350 onsite apartments—with a half-dozen retail openings on tap this summer and three new tenant announcements expected in the next month alone. 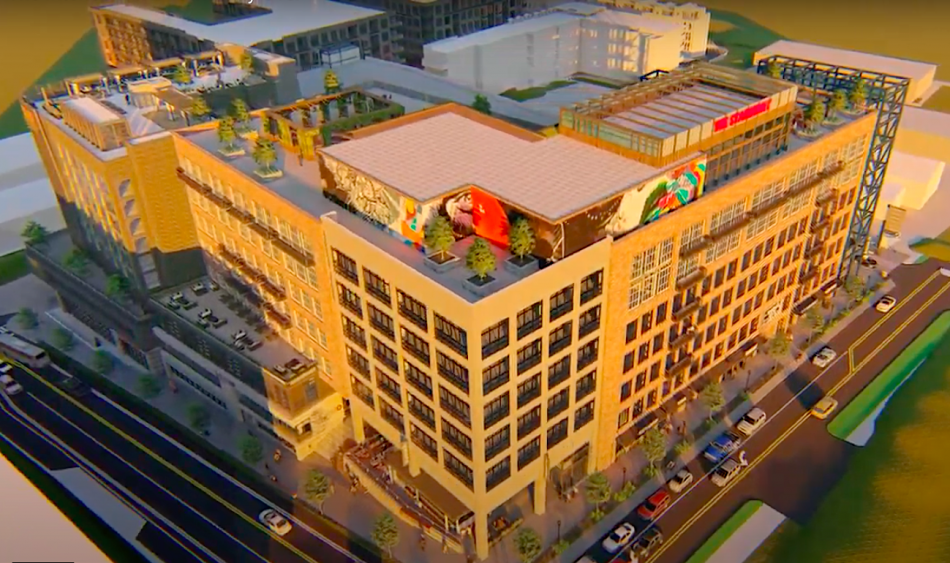 The interlocking pieces of phase one, at the corner of 14th Street and Howell Mill Road. S.J. Collins Enterprises/YouTube

“It’s interesting how much things have changed from six to nine months ago until now—just the perception,” said Justin Latone, senior vice president of leasing for Interlock developer S.J. Collins Enterprises, during a recent tour.

“Back then, the amount of people out in the market looking for space was few and far between," Latone continued. "I think people are seeing that a lot of what had happened is starting to be behind us. The amount of people looking for space right now is incredible. I mean, with some of our vacant spaces, we have two or three prospects for the same [restaurant] space that we’re talking to.”

Amid this evolving West Midtown “ecosystem,” as Latone calls it, about 8,000 square feet of retail slots remain. A large Georgia Tech incubator space and WeWork are claiming about half of phase one’s 200,000 square feet of offices.

Phase one should be fully open—crowned by a sprawling, Florida-esque, poolside restaurant and bar zone on the roof with capacity for 1,000 people—by year’s end, or roughly three years after Interlock’s groundbreaking.

Come along for a tour of Interlock as it stands now, from bottom to top, in the gallery.

• Could these be Atlanta's best condo views? The sellers think so (Urbanize Atlanta)