In the parking lot of Centennial Yards’ first finished building, a 162-unit apartment conversion, Brian McGowan pointed to Mercedes-Benz Stadium and fondly recalled attending a recent Metallica concert—and then crashing afterwards at his own development, roughly a five-minute walk away.

In a way, it was part of the on-the-ground research McGowan has been doing—“drinking from a firehouse,” as he calls it—since being named Centennial Yards Company president six months ago, tasked with captaining one of America’s largest urban redevelopments.

Formerly the CEO of both Invest Atlanta and the Atlanta BeltLine (also president), McGowan once worked for Gov. Arnold Schwarzenegger’s administration, and he says South Downtown reminds him of downtown Los Angeles 20 years ago.

“When I moved here in 2011 to run Invest Atlanta, the phone was not ringing, economy was terrible,” McGowan said. “When it did start ringing, companies were only interested in Buckhead. Midtown was not even an option. Think about in 10 years how far we’ve come. Now it’s Midtown that’s hot. And South Downtown is next. There’s no question.”

With a scope of a dozen city blocks and cost of several billion dollars, California-based developer CIM Group’s Centennial Yards is the big cheese among a surge downtown redevelopment plans. According to McGowan, CIM has intentionally kept a low-profile in line with the company’s M.O. of doing rather than talking, but he said that’s about to change as several Centennial Yards buildings break ground within roughly the next year.

First among them, per McGowan, will most likely be a 290-key hotel and an apartment building (formerly envisioned as offices) next to Castleberry Hill and the football/soccer stadium.

Also on deck, where the AJC’s former four-story printing press building stands between Fairlie and Spring streets, is a planned Class A office building of roughly 30 stories and 500,000 square fee. Tentative plans call for delivering that in late 2024, and talks with “a number of interested companies” are ongoing, said McGowan.

In the past three months, McGowan’s company has assembled five different teams of designers and architects, representing a half-dozen firms, to focus on six parcels.

“An enormous amount of things have been happening,” McGowan said. “I remind people this has been a big hole in the ground for a long time for a reason. It’s enormously complicated to figure out.” 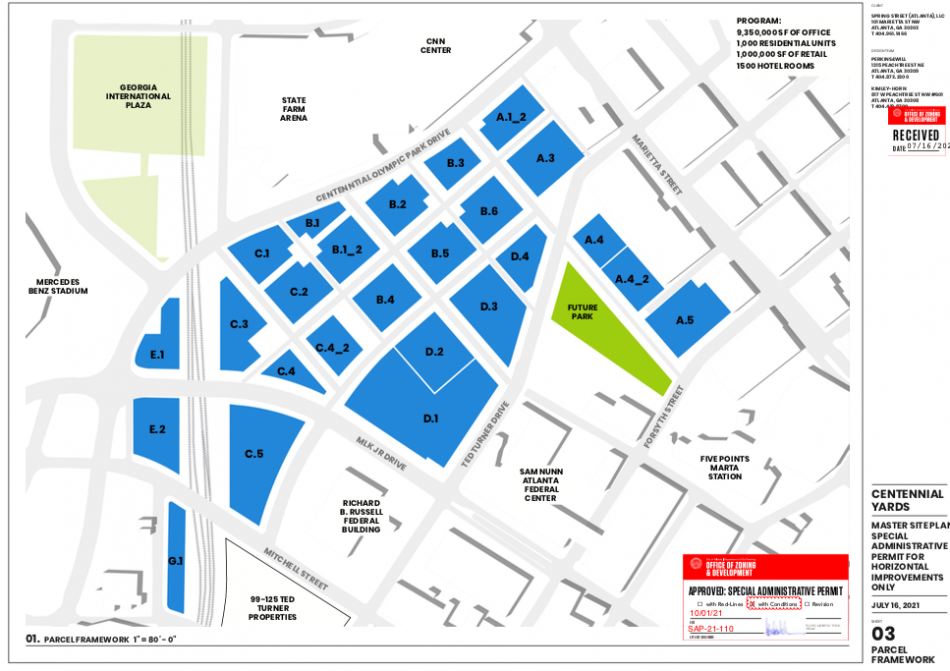 Other projects moving forward with construction or permitting now include 230 more apartments in a joint venture with Stream Realty Partners along Mitchell Street as part of Centennial Yards South; a new pedestrian bridge; and the renovation of a brick building along Ted Turner Drive that’s being turned into City of Atlanta offices as part of an asset-swap with the city. (A building neighboring the latter project, McGowan said, is structurally unsafe and will be razed for an office parking lot.)

Uses spread among them: 1,500 hotel rooms, 1 million square feet of retail space, 1,000 residences (including a flank of townhomes near Castleberry Hill), greenspaces, and more than 9 million square feet of office space. It’s all backed by a nearly $2 billion tax-incentive package—the largest in Atlanta history and subject of a lawsuit struck down by the Georgia Supreme Court last year.

The 50-acre downtown megaproject is expected to cost in the ballpark of $5 billion and take another eight years to finish, McGowan said. “We have to build the streets, bringing in power, water, sewer, and then build below-grade parking decks up to the viaduct level, in the vein of Atlantic Station,” he said. “It’s not like Midtown, where you buy a parcel and just tap into the sewer.”

Ben Reeves, Stream Realty’s senior vice president, said the most pressing objective is to create residential that keeps people on site, and then leverage the Gulch’s existing “huge assets” in State Farm Arena and Mercedes-Benz Stadium to create a purposeful place visitors want to be.

“We’ve been working with CIM for a couple of years, and now the momentum just feels stronger than it ever has,” said Reeves. “Atlanta’s growing like wildfire right now—why not do it in the place it all first started? The access to transit, the fixed grid, all that—it’s sustainable development."

Earlier this month, Reeves led Urbanize Atlanta on a tour of Centennial Yards progress to date while detailing expectations for the near future. Come along in the gallery above. 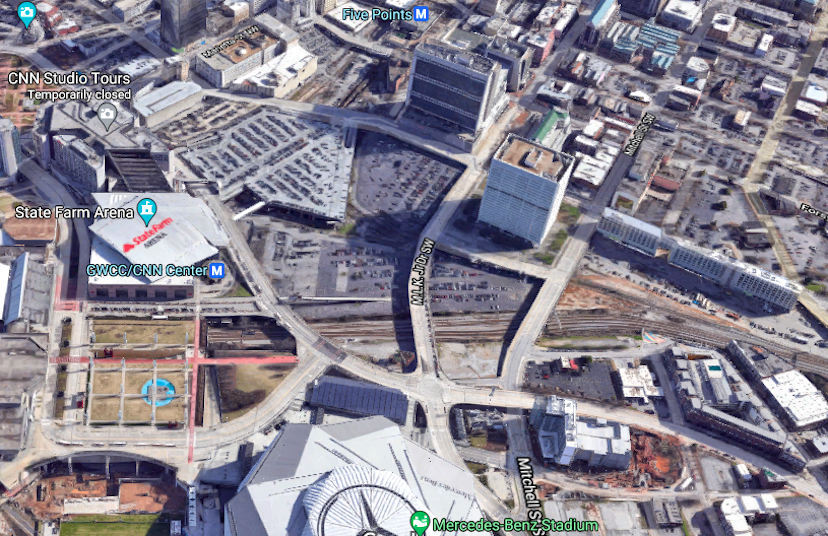 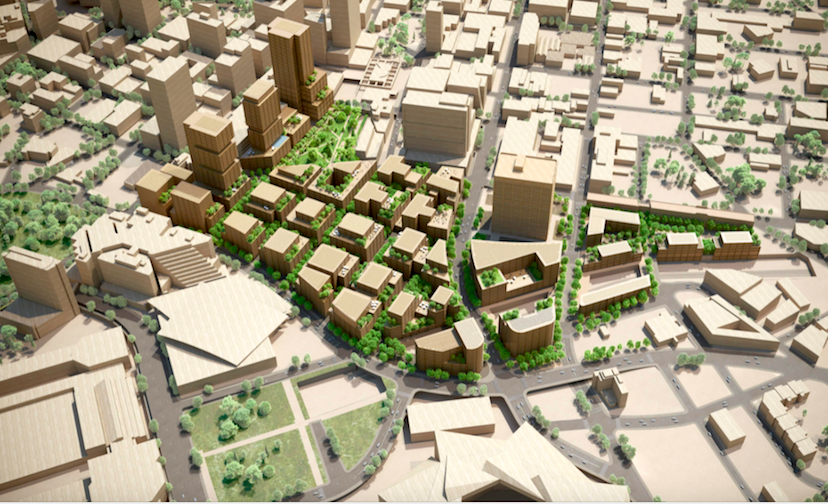