The homebase for an innovative new basketball league that bills itself as “the next generation of athlete empowerment” is making its mark on Atlantic Station.

Brooklyn-based basketball league Overtime Elite announced in May they’d selected Atlanta over seven other finalist cities for building a facility that young players could use as an alternate springboard to professional ranks.

That 103,000-square-foot, shed-like structure has topped out between 17th and 16th streets on a below-grade lot at Atlantic Station’s southern rim, peeking over sidewalks near The Atlantic condo tower. Built with recycled and reused components, it brings to mind an oversized version of Mezcalito’s Cocina & Tequila Bar’s building in Grant Park—with smaller windows. 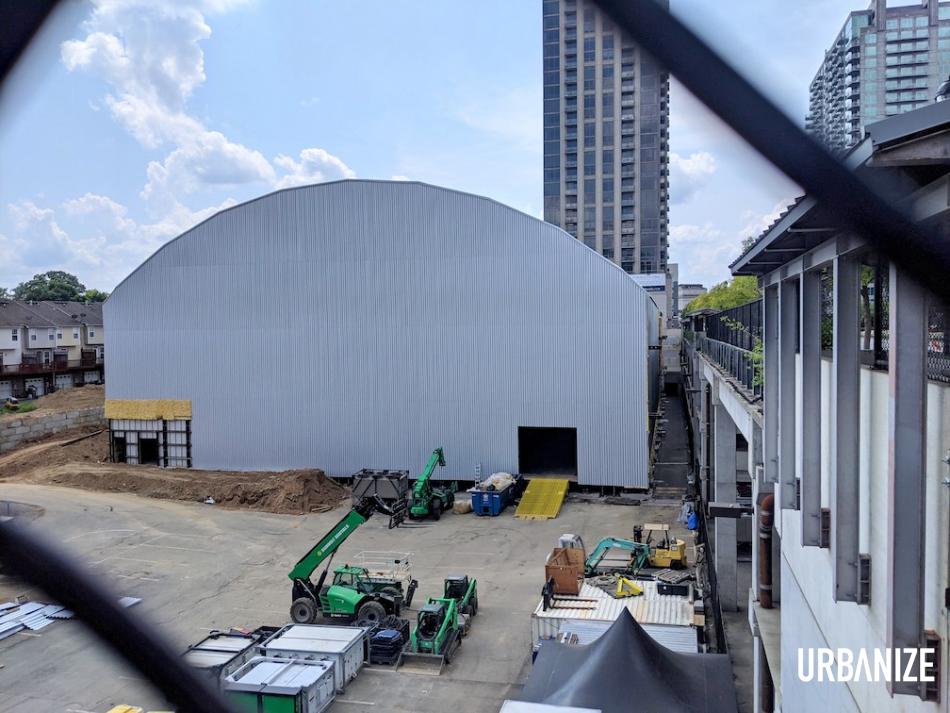 The view from Market Street as OTE's arena was under construction two months ago. Josh Green/Urbanize Atlanta

Announced in March, the pro league is expected to pay elite high school basketball players guaranteed salaries starting in the low six figures. OTE announced in April it raised $80 million, with funding coming from famous investors such as Drake and Jeff Bezos and 25 NBA players. Atlanta Hawks Trae Young, Cam Reddish, and Solomon Hill are among them.

At the Atlantic Station facility, OTE players will train, study, and compete, earning at least $100,000 salaries in the process.

League officials said in May the facility would open in September for the initial season of OTE games. We’ve asked if that’s still the case—and what the facility might offer beyond the basketball court, in terms of seating capacity, concessions, or anything else—and we’ll post any additional info that comes.

Building the OTE facility was expected to create 400 construction jobs—30 percent of them diverse hires, with preference given to City of Atlanta residents, officials said in the spring. The league also expects to hire a more permanent staff of 100, ranging from food service employees to basketball staff and educators. 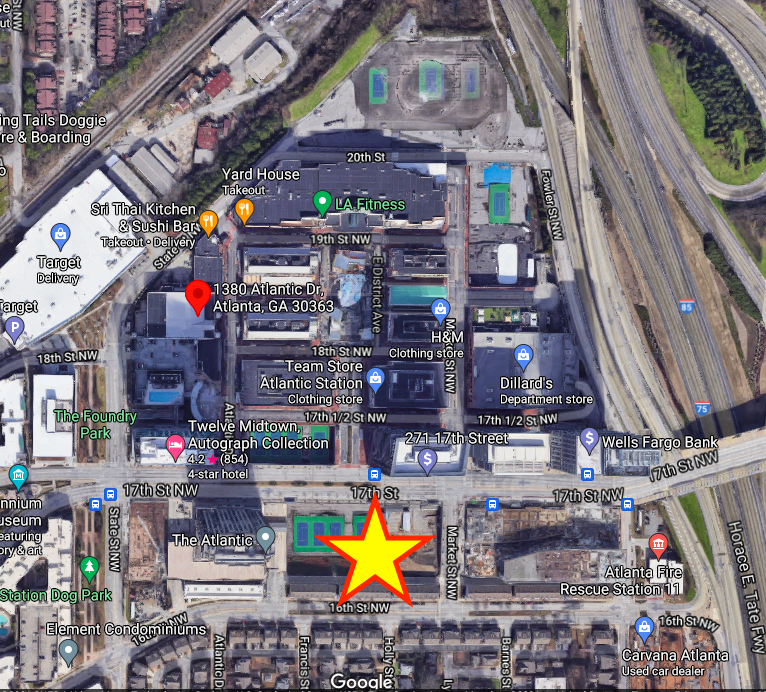 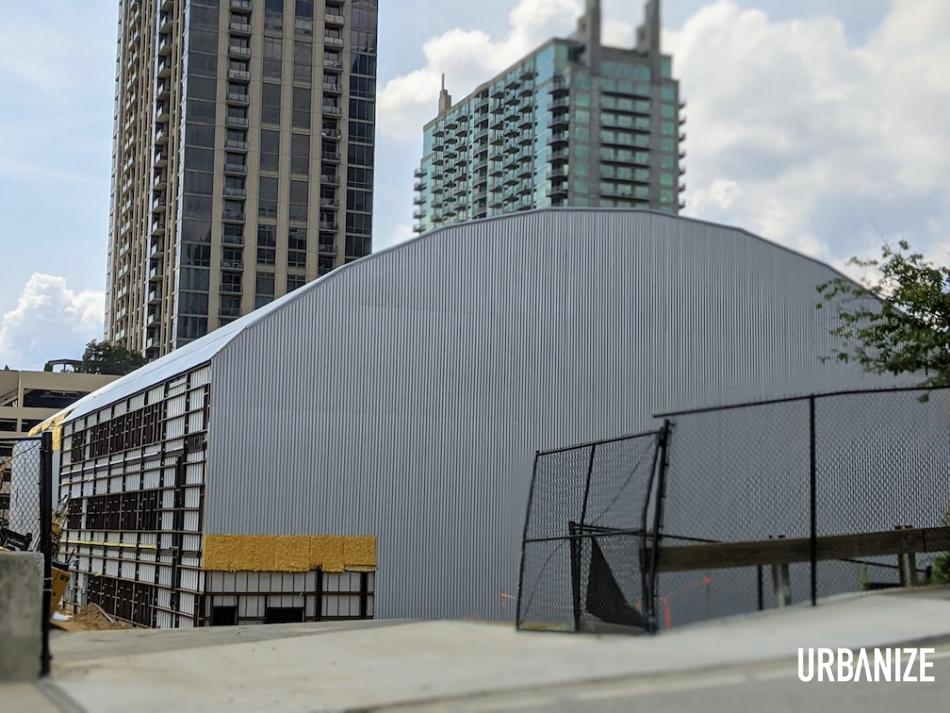 The section of the under-construction basketball facility that faces Midtown. Josh Green/Urbanize Atlanta

Players will be housed in “existing construction” nearby, as OTE reps previously told Urbanize Atlanta.

After a year-long search process for a place to build OTE’s arena, the organization’s commissioner and president Aaron Ryan called Atlanta the “perfect home” for the league, given the city’s basketball history, diversity, culture, and thriving business community.