In the shadow of Atlantic Station high-rises, a new 103,000-square-foot facility described as the ideal launchpad for elite young basketball players into the pro ranks is ready for its closeup.

Just six months after Brooklyn-based basketball league Overtime Elite announced it had chosen to operate in Atlanta over seven other finalist cities, the inaugural season has begun—albeit with slightly different rules aimed at speeding up the game—in a hangar-like complex that claimed one of Atlantic Station’s undeveloped pits along 17th Street.

Project leaders recently allowed first glimpses inside the facility. Beneath the arched roof are three NBA regulation-sized courts, including a neon-bedecked “show court arena” that can seat up to 1,300 spectators. 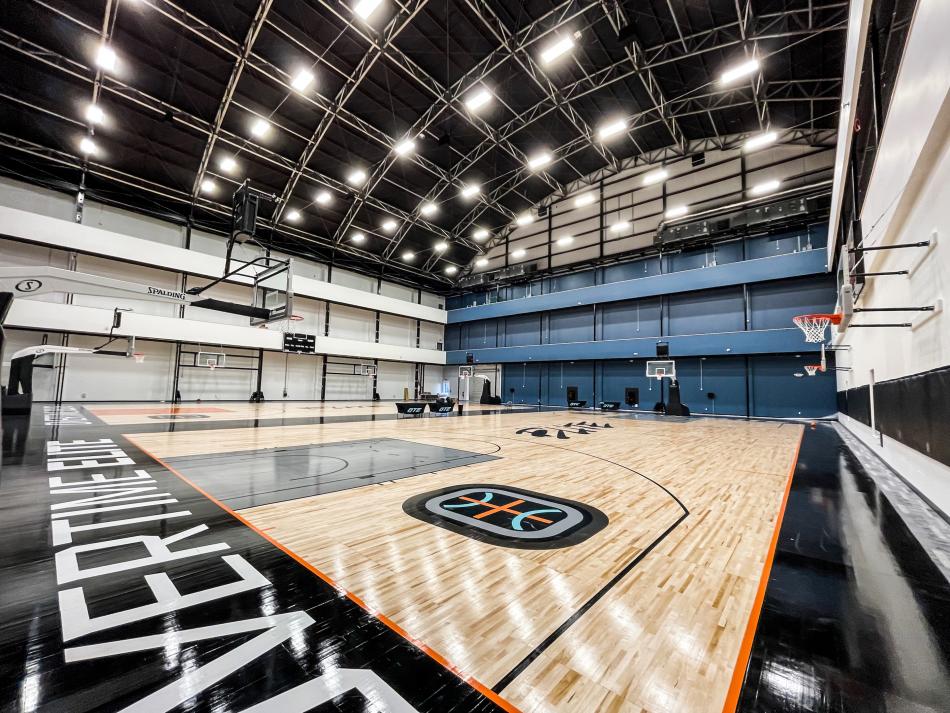 According to Transwestern Real Estate Services, a consulting firm that led site selection, the “state-of-the-art” project was delivered “soup to nuts” within about six months. Positioned between 16th and 17th streets and built with recycled and reused components, the arena now peeks over sidewalks on Atlantic Station’s southern rim.

The league is expected to pay elite high school basketball players guaranteed salaries starting in the low six figures. OTE said in April it had raised $80 million, with funding coming from famous investors such as Drake and Jeff Bezos and 25 NBA players. Atlanta Hawks Trae Young, Cam Reddish, and Solomon Hill are among them. 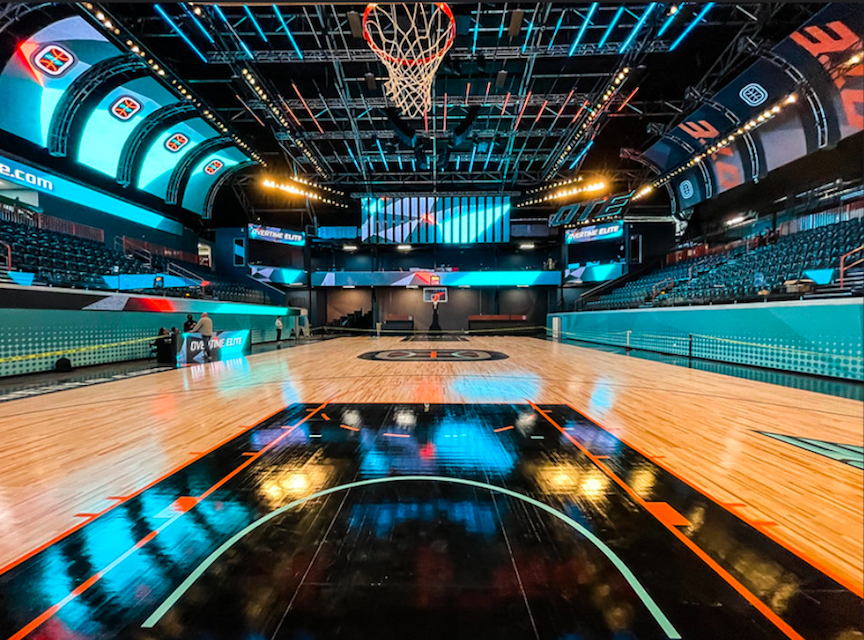 At the Atlantic Station facility, OTE players will train, study, and compete, earning at least $100,000 salaries in the process. The league also expects to hire a staff of 100, ranging from food service employees to basketball staff and educators.

According to Transwestern, players and staff are living at The Flats at Atlantic Station, an apartment complex just a quarter-mile from OTE’s new facilities 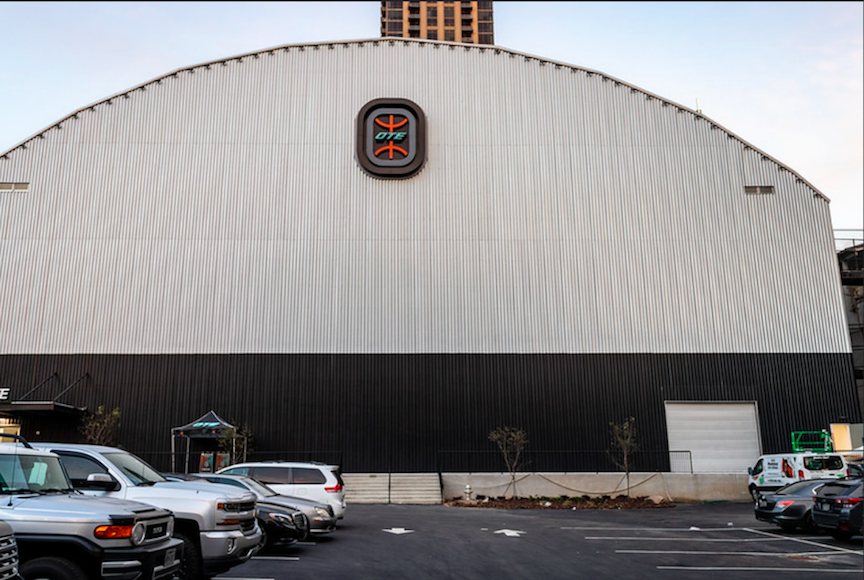