As of today, Macon’s historic downtown is officially in the boutique hotel business.

Hotel Forty Five, a historic preservation project, has opened about an hour and 20 minutes south of downtown Atlanta at 401 Cotton Avenue, marking the Macon Historic Central Business District’s only lodge.

The hotel name is a nod to the property’s unique, 45-degree angle formed by Cotton Avenue’s diagonal trajectory through downtown. 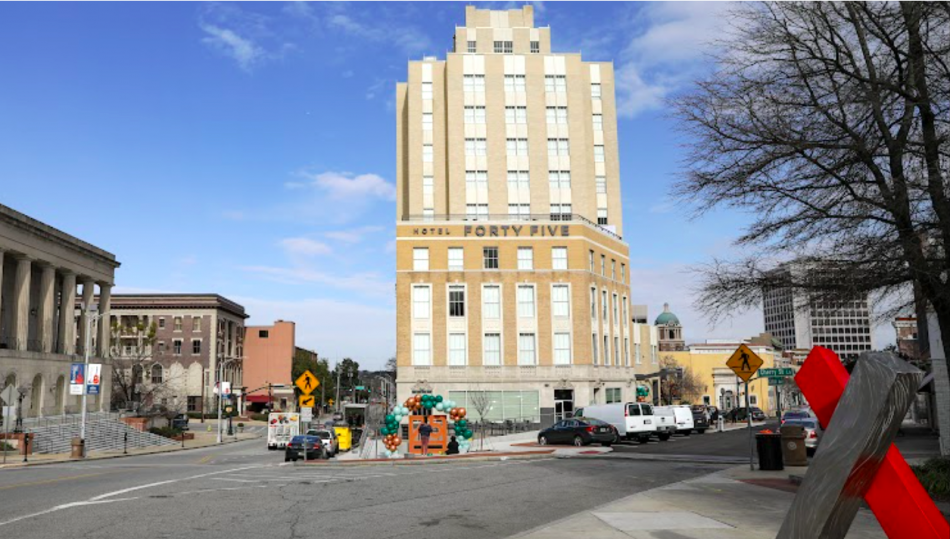 Hotel officials say the “emblematic wedge” was originally designed to allow for the transportation of cotton barges to and from the Ocmulgee River a few blocks away. Dunwody/Beeland Architects, working in conjunction with BRPH Interior Design, preserved and incorporated key architectural finishes, furnishings, and other elements to create what’s described as “a modern twist on Southern history.”

Aspects of the décor nod to the city’s textile and rich musical history (concert hotspot Macon City Auditorium is fittingly across the street), while the property features three dining concepts open to locals and travelers. A sixth-floor rooftop bar, Hightales, is a whimsical take on highball cocktails, with views across Georgia’s fourth largest city. 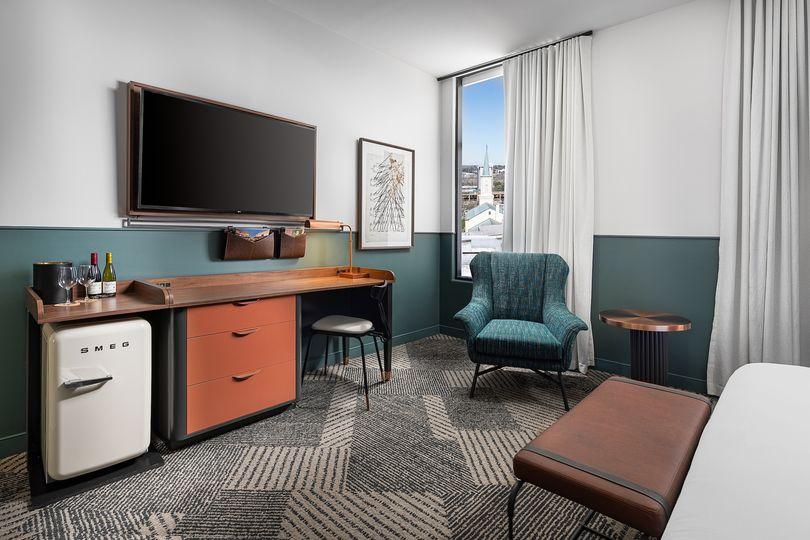 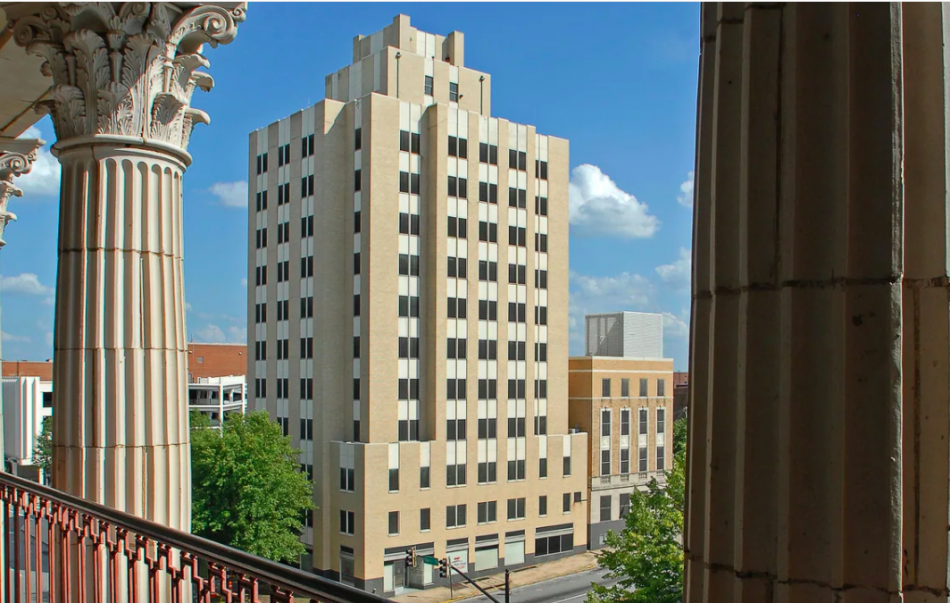 One facade of the 11-story, 1941 building, as seen from across the street. Hotel Forty Five/Marriott Bonvoy Portfolio

The other food and beverage options are Loom (described as a “Southern Revival with equal parts… tradition and innovation” by chef Steven Brockman) and Reckon Coffee and Wine Bar, which offers a rotating seasonal menu in the morning and evening.

Hotel Forty Five room rates for this evening, for instance, begin at $189 for a single king. Have a closer look around the revived building in the gallery above.