As Atlanta food halls go, Politan Row at Colony Square is elegantly modern but still meant to inspire communal, convivial gatherings at the heart of the $400-million redevelopment project.

The Bell-Butler-designed concept is being curated and operated by Politan Group. It’s the New Orleans company’s seventh and largest food hall, and it strives to create an old-school, neighborhood vibe.

An official ribbon-cutting was held last week for Politan Row, with no shortage of recognizable dignitaries in attendance. Below we’ve compiled a few facts you might appreciate knowing before revisiting Midtown’s original mixed-use development, now more than 50 years old: 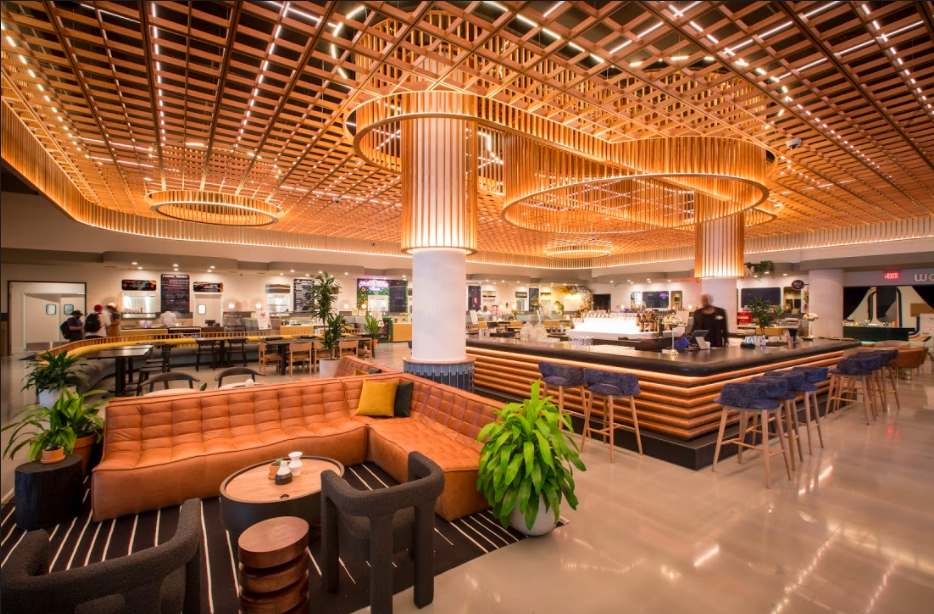 • Two more concepts will round out the Politan Row roster. They’re in the works and will be announced soon, according to project reps.

• More than half of Politan Row’s square footage is outdoor dining. A 24-foot glass wall can open to help bring the outdoors in.

• Outdoor spaces are broken down into three zones: The Plaza will host more than 200 events annually at Colony Square. The Patio features the covered outdoor seating (plus shuffleboard) and fronts a stage. The Grove, which opened a couple of years ago, has tree-shaded seating and what’s described as the “grand Spanish staircase” that leads up into the food hall.

• Bar Politan seats 40 at the center of the food hall, while the Chef’s Table can seat up to 12 with prices starting at $30 per diner.

• A “secret” section, the Blue Room is a private event space within the facility with 40-foot ceilings, a private bar, and an immense, retractable curtain of blue velvet. It can seat 70.

• The food hall is now open daily (until 11 p.m. on Fridays and Saturdays), and guests get two hours of validated parking.

Head to the gallery for a detailed look around and scenes from last week’s ribbon-cutting gala.