Buildouts will continue throughout the year for some restaurant spaces. But otherwise Hoar Construction is finished with a redevelopment that included 940,000 square feet of Class A office space—both new and refurbished—and 160,000 square feet for retail, restaurants, and entertainment, officials announced today.

Colony Square’s revival required the removal of 700 tons of recycled materials. More than 2,550 tons of new steel and 5,000 cubic yards of concrete were brought in. 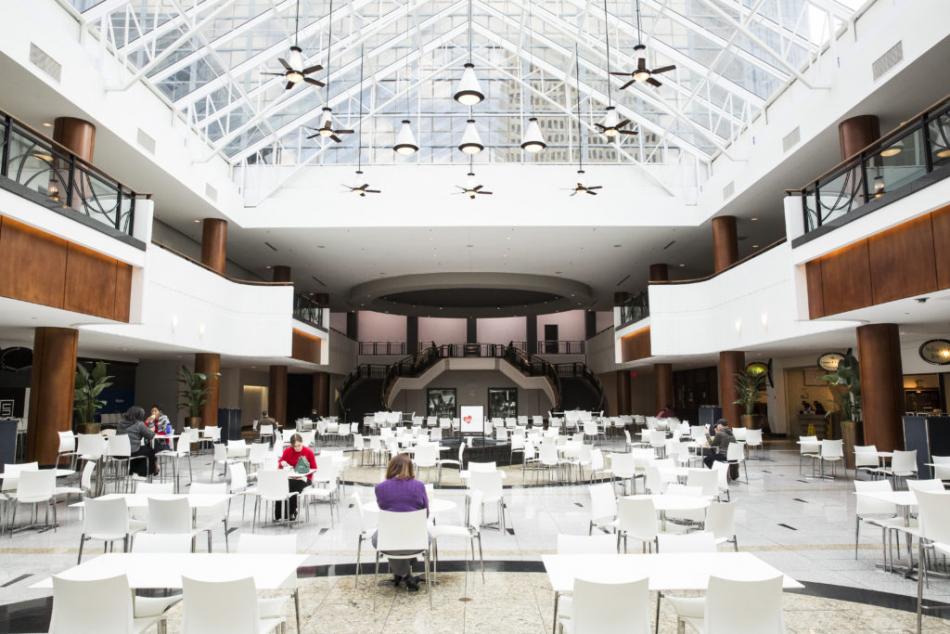 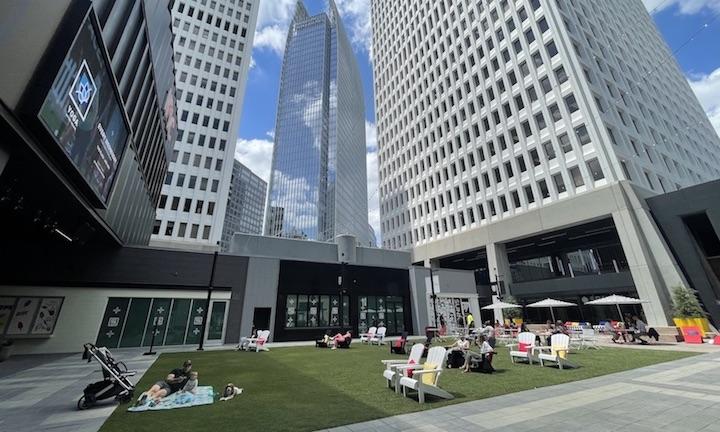 Communal seating beneath a large screen, and in front of a stage, at the main plaza today. Courtesy of Hoar Construction/Colony Square

Some 240,000 square feet of enclosed mall space was extracted, but otherwise all surrounding businesses remained open during construction at one of Atlanta’s busiest intersections, the corner of 14th and Peachtree streets, as Hoar officials noted.

Two others were constructed from the ground up: Building 200, with Georgia’s first IPIC Theater and the recently opened Politan Row food hall; plus Building 500 at 15th Street, which was claimed by law firm Jones Day. 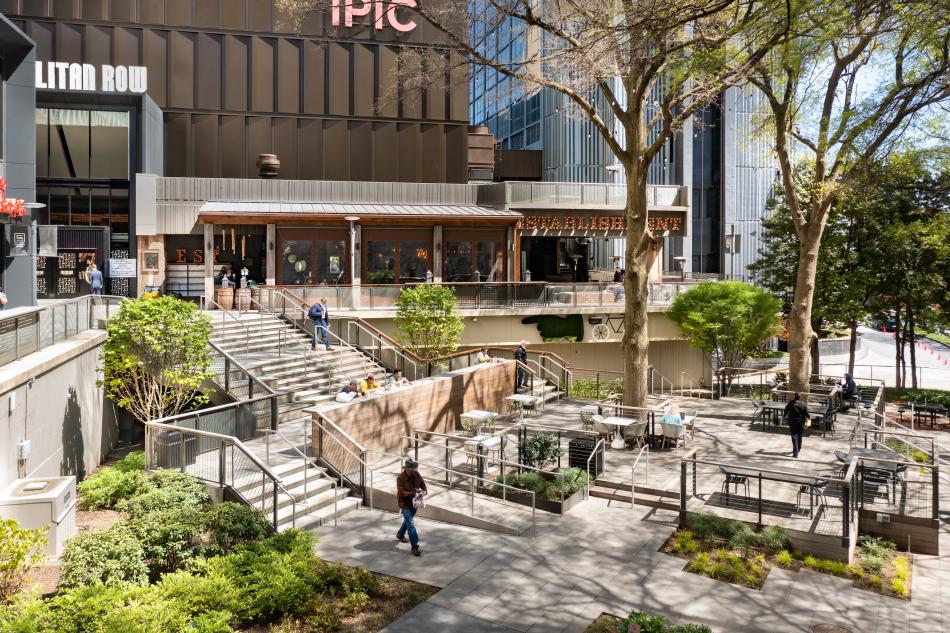 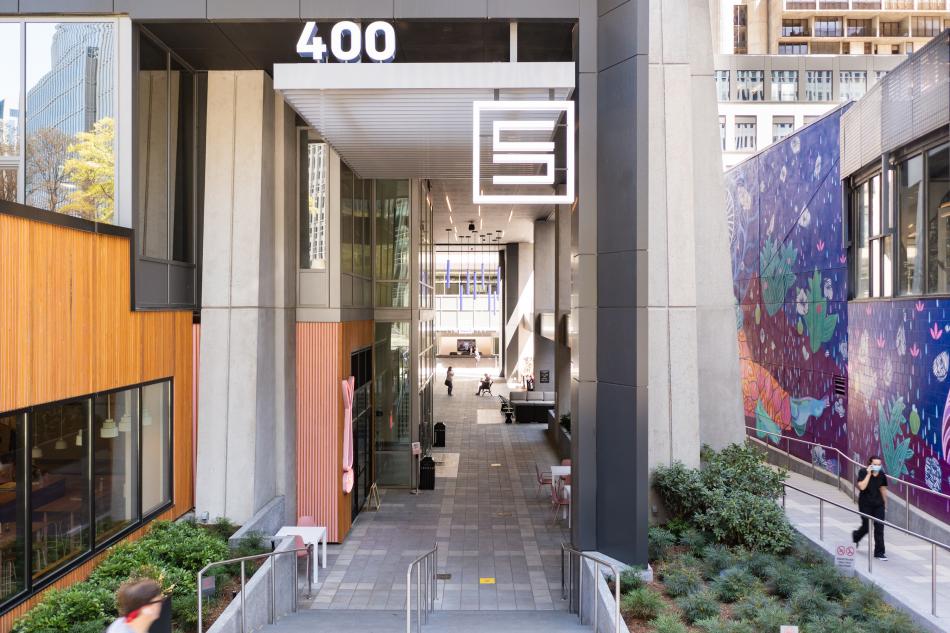 A lighted logo and towering murals by local artists at the renovated Building 400. Courtesy of Hoar Construction/Colony Square

Come December 4, NAP expects to celebrate the project’s finished redevelopment with a new Midtown tradition: “The Lighting of Colony Square” (and its Christmas tree).