On a sweltering weekday in late July, Zeek Cheney led a tour of Ascent Peachtree, a new downtown apartment tower built atop a parking garage, and he marveled at new perspectives on so many downtown landmark buildings and recognizable works of public art.

Cheney, the building’s assistant property manager and an Atlanta native, confessed to rarely having an inclination to visit downtown while growing up. But he says that’s changing for him and others, as evidenced by three dozen rentals the building had pre-leased six weeks before its scheduled completion in early September.

“We do have some [renters who are] new to Atlanta,” said Cheney, donning a hard hat and skirting workers painting walls around the 345-unit project. “Some are coming from the Midtown and Buckhead area, who just never really thought to come downtown, but they see how the transition is going to be.”

The 29-story Greystar venture was designed to maximize its city surroundings—and many balconies and patios lend views on downtown like apartment dwellers have never seen. 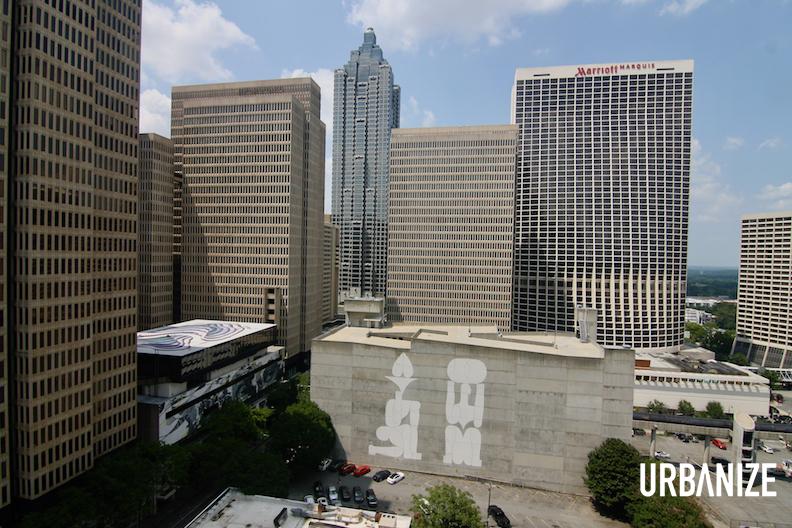 Combine the views with two levels of plush amenities and other perks (concierge services, one-Gig Wi-Fi, and hammock cabanas are included), and rents that begin at $1,560 for studios make more sense.

The $125-million building is also unique for Atlanta in that it offers a level of deluxe two-story townhomes, where the patios are nearly as large as rents that climb as high as $6,500 monthly. (Seventy units—or about 20 percent of the building—are being reserved as “workforce housing” for residents earning 80 percent of the area median income or less, meaning they’d pay around $1,200 monthly.)

Banyan Street Capital, which owns the revamped Peachtree Center food and shopping hub across the street, will operate the parking deck. It was designed to be the base of an early 2000s office tower, but the Great Recession squashed those plans, project officials told Urbanize Atlanta.