An online petition to keep a longstanding Cabbagetown business’ parking lot off-limits to most vehicles has gathered thousands of signatures in a day.

The Change.org petition concerns the huge patio that extends off the back of Estoria, a restaurant and dive bar located across the street from the Atlanta BeltLine’s popular Eastside Trail.

Estoria’s management converted the space off Wylie Avenue—formerly a surface parking lot—to accommodate social distancing and dining as COVID-19 ravaged the restaurant industry. They installed numerous tables, benches, fire pits, and string party lights to make the lot accommodating for people outdoors. Aside from the occasional Dumpster whiff, the space is surprisingly charming, and it’s clearly been a hit with patrons attracted to wide-open spaces, cold beer, and meals that cost no more than $10.

But that makeshift patio is being threatened by the enforcement of what Estoria calls “antiquated codes” requiring “establishments to have overzealous parking accommodations per square footing.” The patio portion of the business has been cited for violating those codes, and Estoria’s management feels it’s being scapegoated, according to the petition.

“It’s been a tough battle,” reads the petition, “and right now we’ve hit a standstill and are not legally allowed to have a patio that extends into our parking lot.”

The petition was started Wednesday. As of press time this afternoon, it had tallied 2,825 signatures. 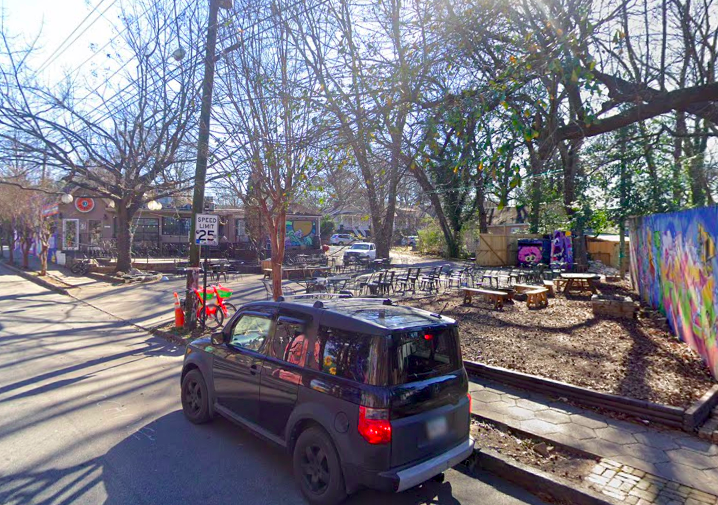 The full scope of Estoria's pandemic-appropriate patio, as seen one morning in February. Google Maps

Estoria’s management is hopeful the signatures can help prove the newfangled layout of the business is widely supported, and that a variance should be granted that accommodates “the influx of foot and bike traffic from the BeltLine” and continued social distancing.

“The landscape of Atlanta is changing,” notes the petition, “and blueprints are calling for spaces that prioritize people over parking, and other means of transportation aside from personal vehicles.” 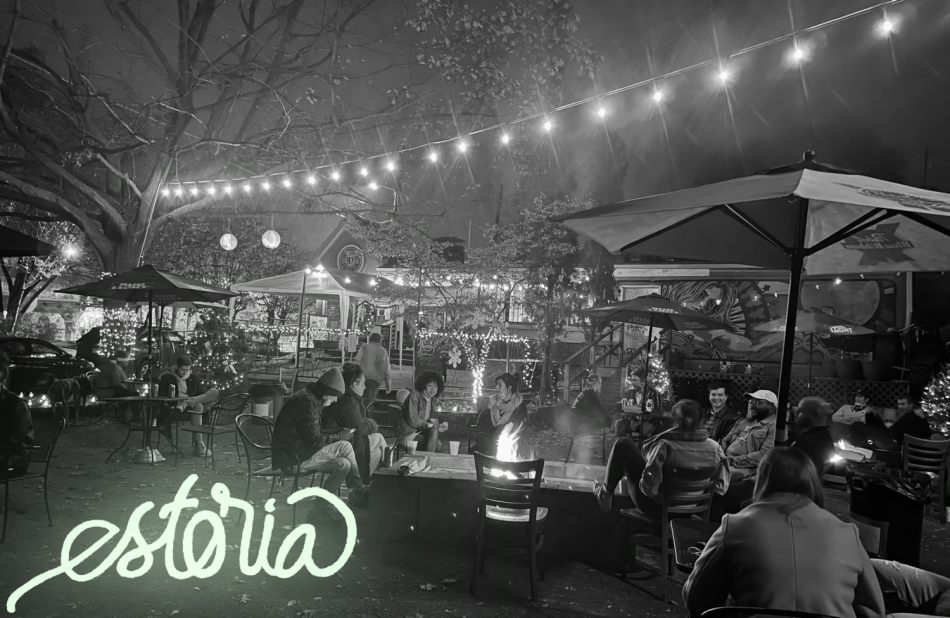 • Cabbagetown loft like no other in Atlanta targets $789K (Urbanize Atlanta)