JLL and CTO Realty Growth are partnering to redevelop the suburban-style node at 4500 Olde Perimeter Way into a 269,000-square-foot retail and dining hub called Ashford Lane.

A food hall component is underway, but this week JLL and CTO began building Ashford Lane’s phase one, which will be highlighted by a communal greenspace called The Lawn. That 70,000-square-foot section will be surrounded by restaurants and large patios, officials said. 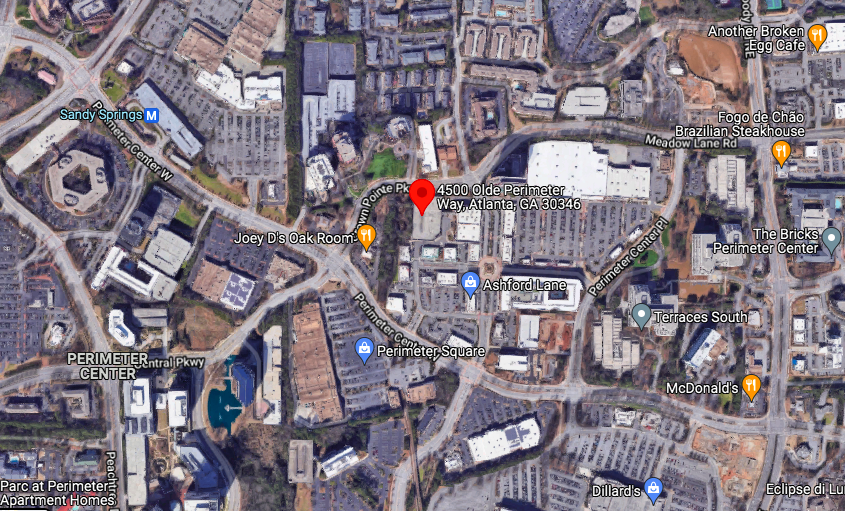 As with growing mixed-use districts from The Battery to Alpharetta and now Avondale Estates, the City of Dunwoody has granted the Ashford Lane project an open-container permit, which officials believe will “significantly [enhance] the pedestrian experience throughout the property,” according to today’s announcement. 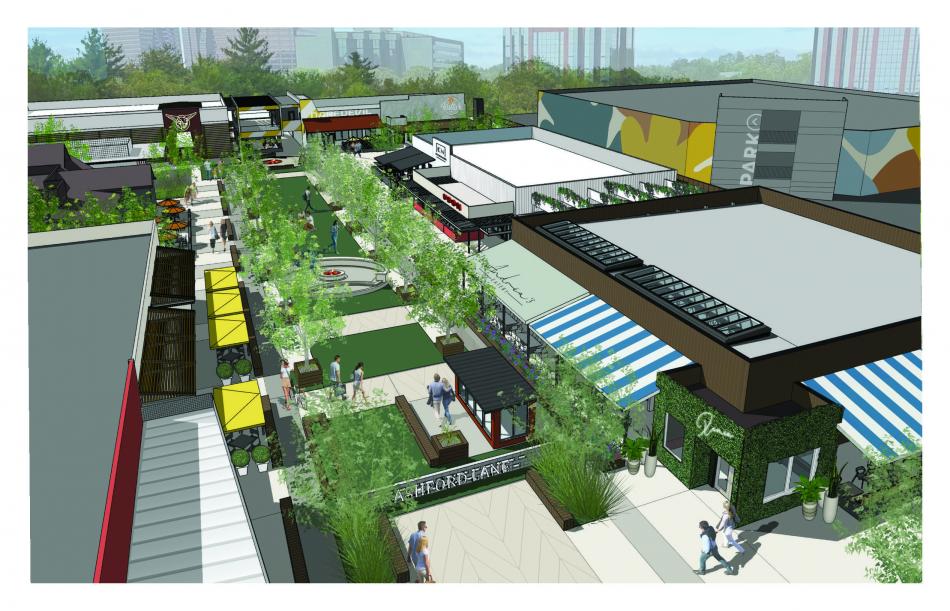 Project leaders describe Central Perimeter as Atlanta’s fastest-growing office submarket, where other major ventures such as GID Development Group’s High Street (where an open-container policy will also apply) are rumbling to life.

Ashford Lane is roughly a 10-minute walk from Sandy Springs MARTA station, across the street from Perimeter Mall, and adjacent to the recently opened AC Hotel Atlanta Perimeter.

Phase one of the redevelopment—with The Lawn and several restaurants, including an outpost of Ford Fry’s Tex-Mex hit Superica—is scheduled to fully open in June. 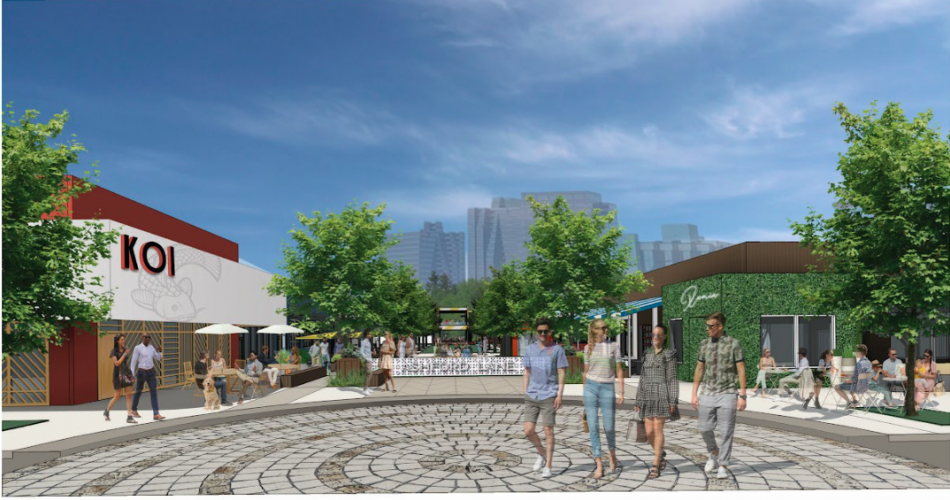 In addition to food stalls, the Vigor Group project will see three bars and two private dining areas—one of them with a Topgolf simulator, officials said.