One of Atlanta’s more popular destinations for wedding photos, Insta posts, The Walking Dead tourism, and anything else involving skyline photography could look significantly different soon.

That’s the word from City of Atlanta planning officials, who tell Urbanize Atlanta that a long-planned, people-friendly overhaul of Jackson Street Bridge isn’t just viable—it’s expected to finish this year. The idea for redoing the Old Fourth Ward selfie mecca was initially floated in 2014 and has been refined with neighborhood input over the years since. In 2019, Colorado-based advocacy group PeopleForBikes awarded Atlanta a $10,000 grant to help make the miniature park—or “parklet”—happen on the bridge, all dotted with shrubs, trees, and seating.

Now, the Department of City Planning’s Placemaking Program calls for the reconfiguration of traffic and bike lanes along Jackson Street to increase safety and vibrancy.

Atop the bridge, a wide pedestrian area calls for “interesting seating,” ADA access, an array of plantings in raised planters, and possibly bike racks.

According to city officials, the project is in final permitting right now with both Atlanta’s and Georgia’s Departments of Transportation. Renew Atlanta funds are expected to foot most of the bill.

“We’re working with a contractor to get final pricing so we can line this up with the funding sources available,” a project rep wrote via email. “We remain hopeful that installation will happen this year.”

Have a look at the project’s evolution in the above gallery, and before/after glimpses of what’s now planned below, beginning just south of the bridge at Cain Street: 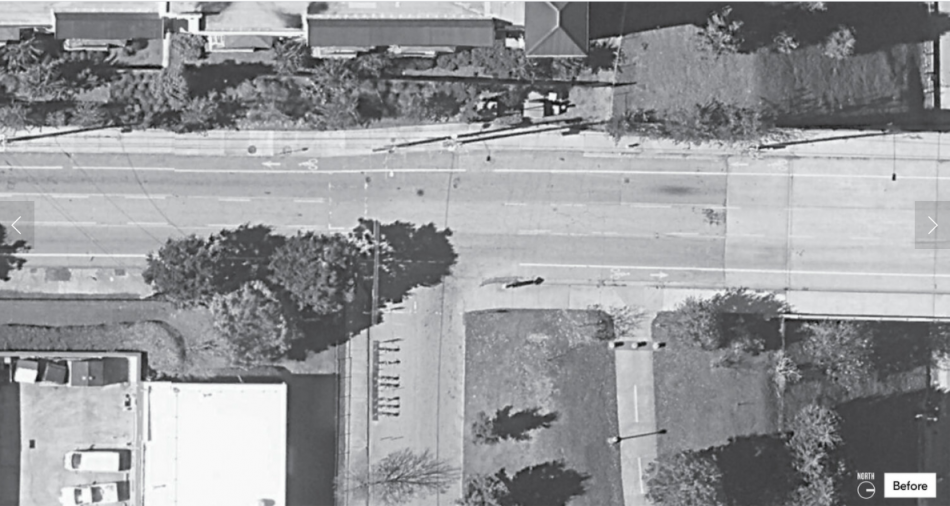 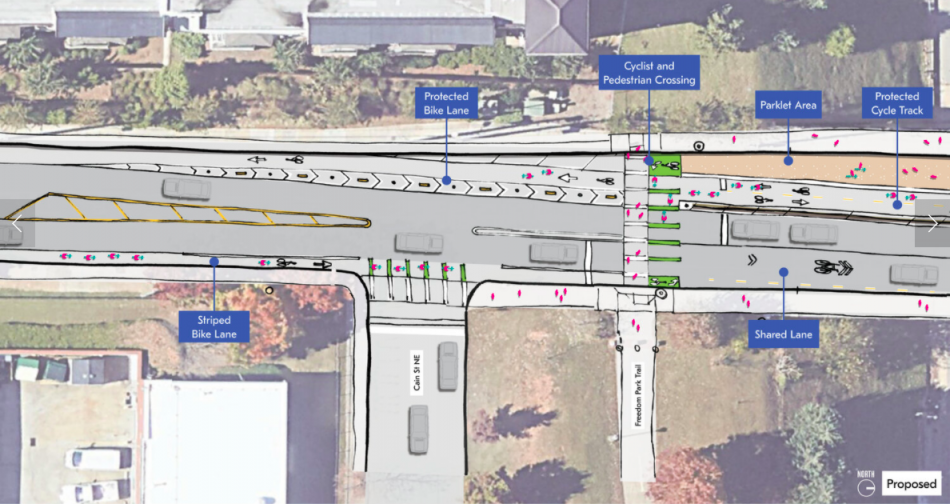 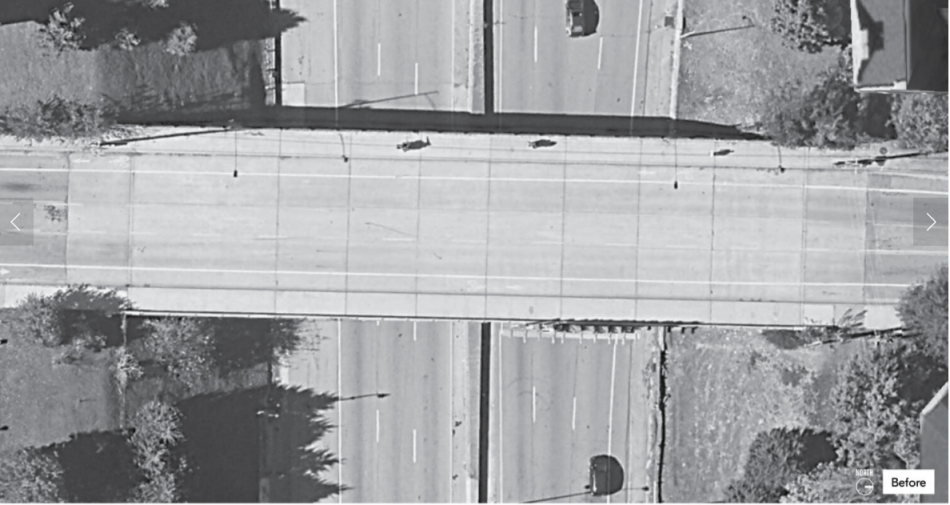 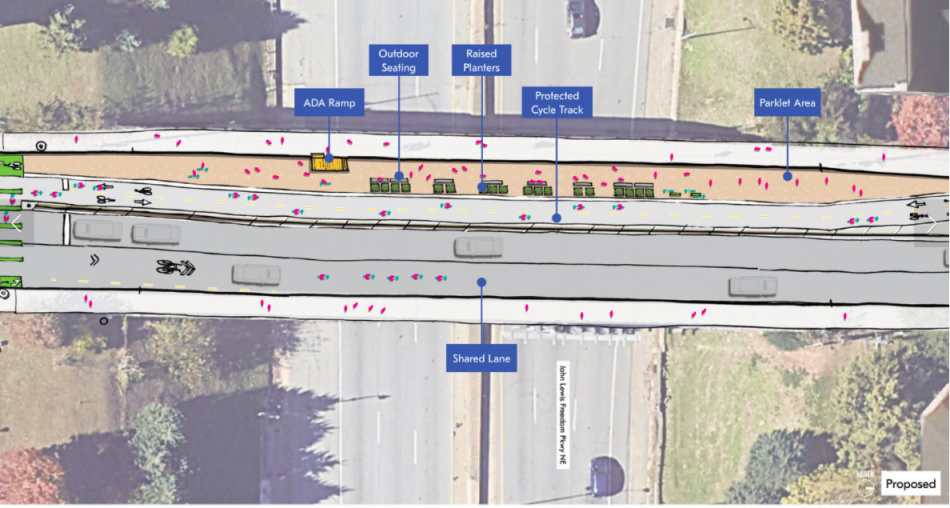 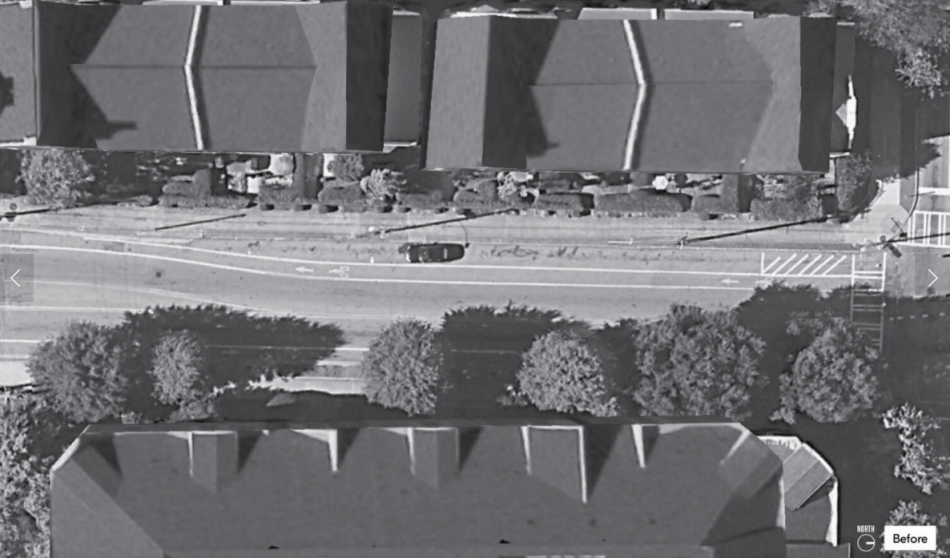 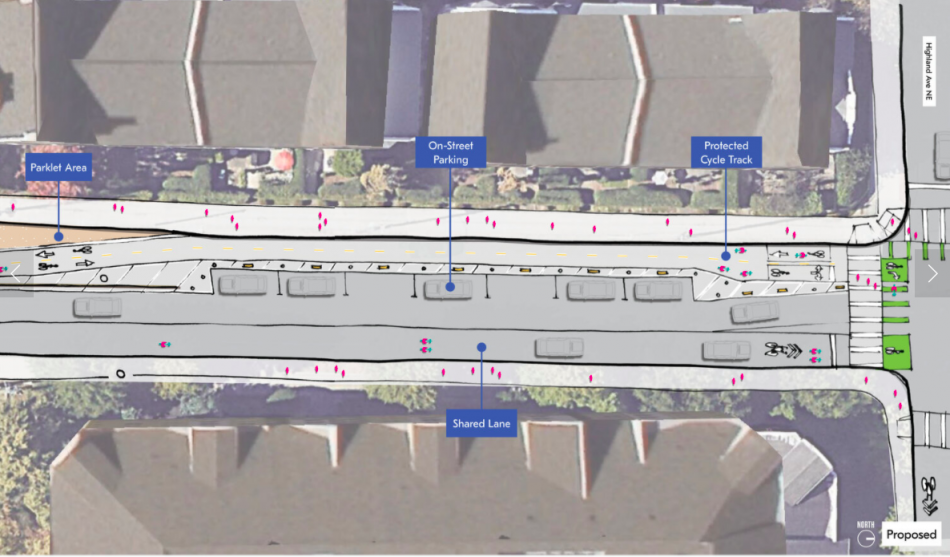