Patrons of the BeltLine’s Eastside Trail in Reynoldstown may have spotted a site with single-family home construction recently and figured another intown McMansion or two was on the way.

Instead, the Kenyon Street construction sites, located just east of the Krog Street Tunnel and north of Memorial Drive, will see two duplexes constructed by Abode. The design-build firm has been active in Reynoldstown for years, completing projects such as Rtown Lane and Mattie Branch alongside numerous standalone homes, most with a restrained modern look that leans Scandinavian.

The duplex project is replacing two long-empty lots without sidewalks on Kenyon Street. 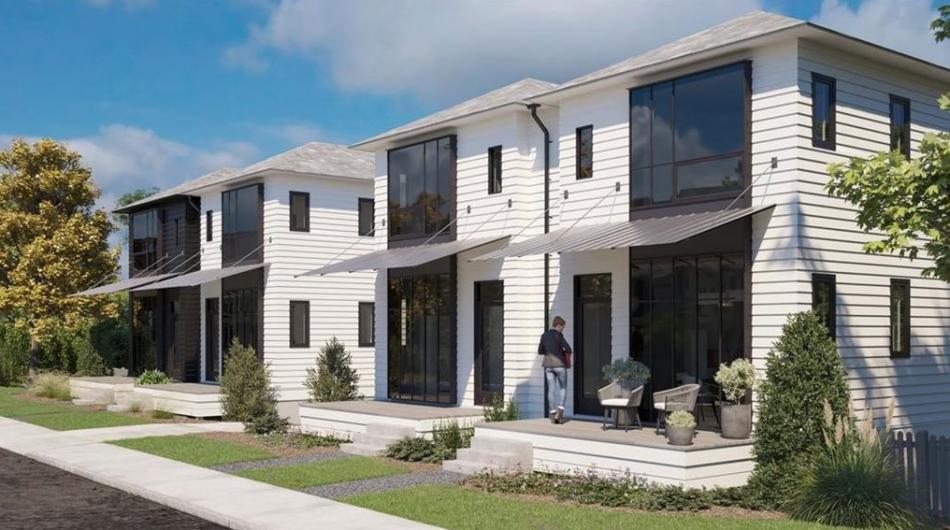 The first of the three-level units came to market this week with a $650,000 price tag, which buys two bedrooms and three bathrooms in 1,500 square feet. Each home will have two elevated patios overlooking the BeltLine, where homeowners can people-watch so many joggers and tipsy, babbling e-scooter riders.

Anna Kilinski, a Realtor with Keller Williams Realty Intown Atlanta, says the remaining homes will have similar sizes and prices. She calls the designs “special” and “super smart,” with features that include induction ovens, frameless showers, and systems designed to be efficient. 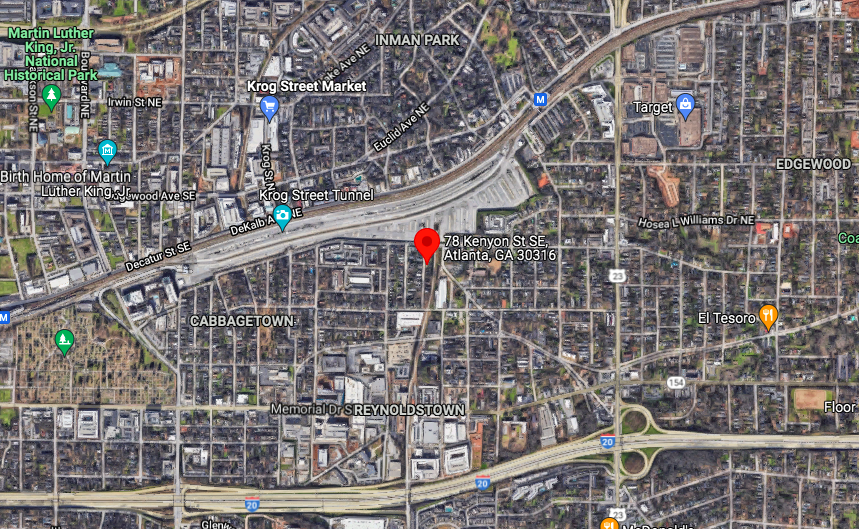 Expect tandem parking in two-car garages at the base level, facing the Eastside Trail, and small porches on the street. A privacy fence will wall off the BeltLine from the small backyard and parking areas, according to marketing materials.

Property records indicate the developer bought the lots in June from Stein Steel—the longstanding steel manufacturer that recently departed the neighborhood—for $375,000 each.

The properties’ R5 multifamily zoning dictates that buildings can cover no more than 55 percent of the lots. 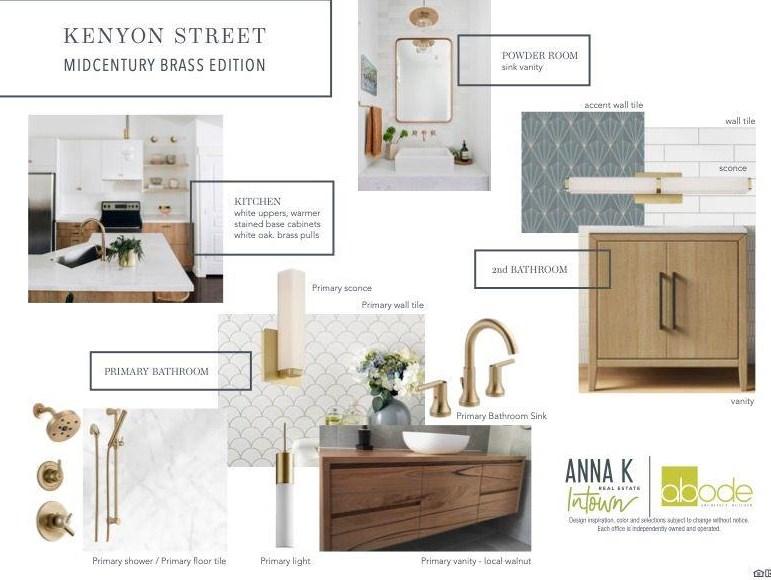 The project continues a trend of semi-detached living options with two bedrooms spotted all across Atlanta—from East Atlanta to Lindridge-Martin Manor and Pittsburgh—as developers aim to maximize townhome density on available land.

The Reynoldstown duplex project is expected to finish construction this fall. For more context and a glimpse of the near future, head up to the gallery.