Despite a fancy pedestrian bridge in the area that cost the City of Atlanta tens of millions of dollars, people have been opting to dart across Northside Drive traffic lanes on foot outside Mercedes-Benz Stadium at a dangerously high rate, according to state transportation officials.

To help remedy the situation, the Georgia Department of Transportation recently approved a concept that’s expected to create a more people-friendly makeover of a state route in the city, beginning this year.

The scope of the project is roughly a three-block section of Northside Drive between Martin Luther King Jr. Drive and Rhodes Street near the Vine City MARTA station, running the length of Mercedes-Benz Stadium’s property. 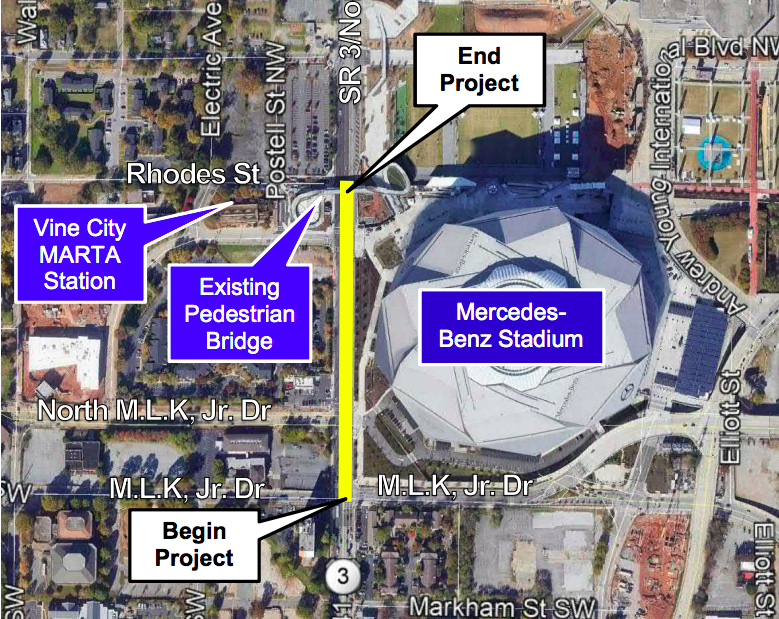 The section of Northside Drive (or Georgia State Route 3) where GDOT has documented an abnormally high number of pedestrian crossings. Georgia Department of Transportation

GDOT has identified that stretch of the six-lane road as having a high rate of pedestrian crossings—and an abnormally high rate of vehicle crashes in recent years.

According to Central Atlanta Progress, sidewalks along Northside Drive will be widened for safer connectivity between the stadium, the nearby MARTA station, and Georgia World Congress Center facilities. 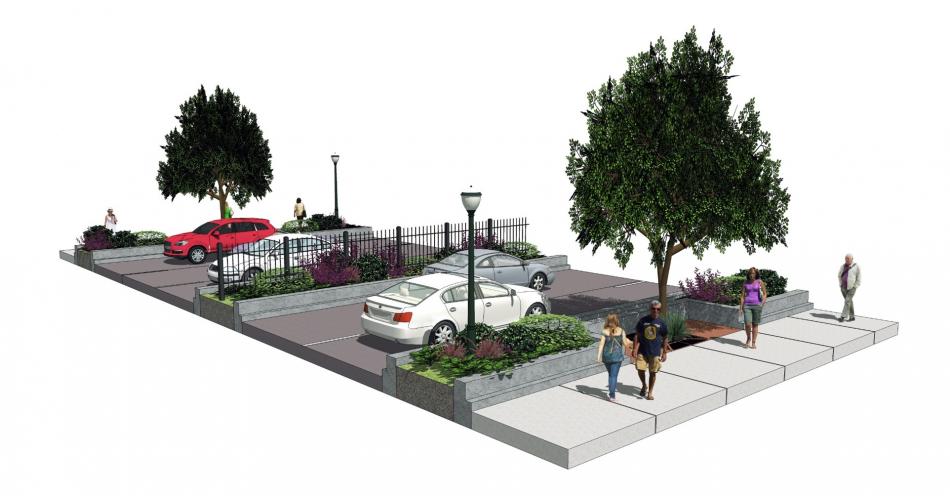 Plans for wider sidewalks and raised planters that act as buffers—and obstacles to keep pedestrians from darting across the road. GDOT/CAP

Elsewhere, plans call for installing pedestrian “curtains”—a means to deter jaywalking with obstacles in the roadway. Those will include a raised center median, planter beds, and according to project renderings, a fence running down the center of Northside Drive.

As of now, construction is scheduled to begin sometime this year.

In addition to GDOT funds, federal cash provided through the Atlanta Regional Commission is covering the cost of right-of-way acquisition, utility relocation, and construction. 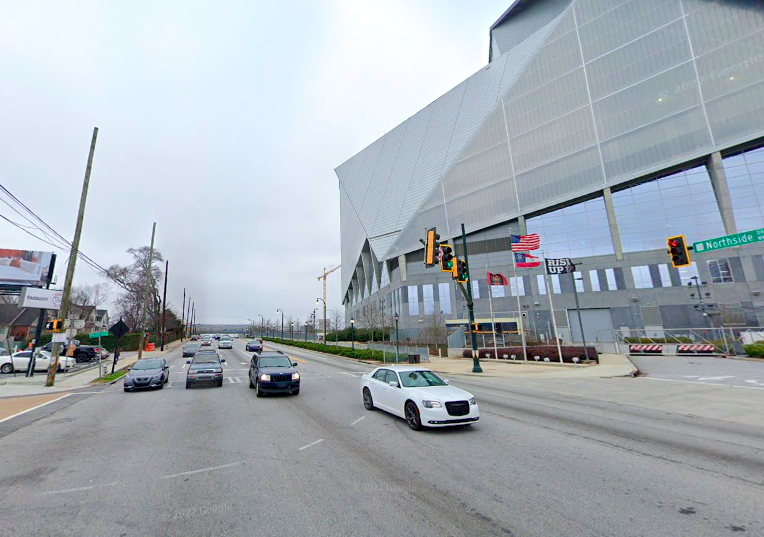 The stretch of Northside Drive in question, as seen last month. Google Maps

We’ll update this story with information regarding construction beginning—and when a revised Northside Drive might open—should that come from GDOT. [UPDATE, 8:34 a.m., March 16: According to a project summary provided by GDOT, the Northside Drive project will cost roughly $3.2 million with right-of-way authorization expected in August and construction TBD. Additional “improvements” include ADA and curb ramp upgrades and new pedestrian lighting, per GDOT.]

According to a GDOT memo obtained by Urbanize Atlanta, studies showed that 371 vehicles crashes and pedestrian collisions (including 82 with injury) occurred on the section of Northside Drive in question between 2014 and 2018—higher than average for primary arterial roads in urban areas across the state.

In 2017 and 2018, the crash rate was five times higher than average, GDOT analysts found.

Mercedes-Benz Stadium, the primary magnet for traffic in the area, didn’t open until the latter half of 2017.

According to Central Atlanta Progress, funding to upgrade additional sections of Northside Drive as part of broader safety upgrades in the area has not yet been secured.

GDOT’s report noted that areas of the roadway north and south of The Benz haven’t experienced the same problems with vehicle crashes and collisions.