In terms of walkability, a vital connection between Castleberry Hill and Mercedes-Benz Stadium to the redeveloping blocks of South Downtown is officially moving forward this week.

That’s the word today from Centennial Yards Company president Brian McGowan, who took to Twitter to announce that construction has started on the new Nelson Street bridge.

The bridge will branch off Ted Turner Drive and continue between the Centennial Lofts buildings, which are part of the 50-acre Centennial Yards megaproject, before terminating with landscaping and seating at the eastern edge of Castleberry Hill, near Elliott Street Deli & Pub. 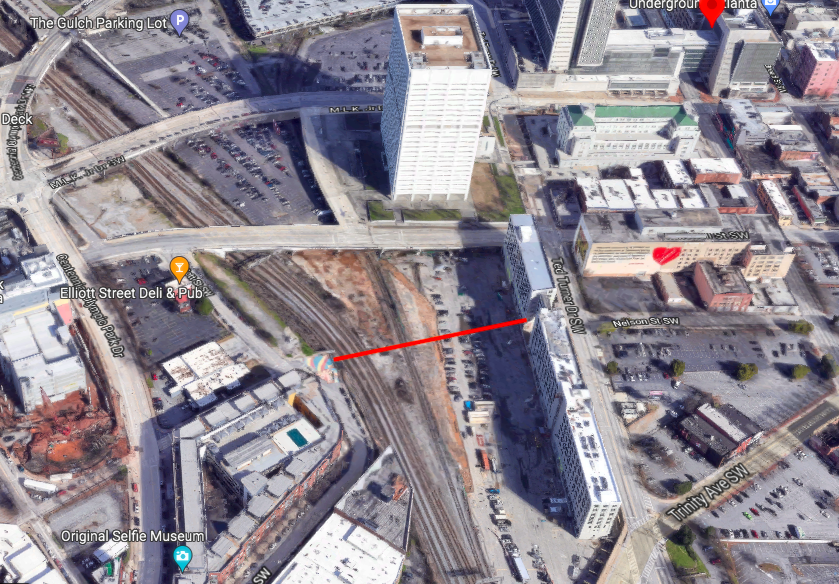 Illustration of where the failing bridge was removed in recent years. Google Maps

The work comes almost five years after the bridge was closed following inspections by City of Atlanta engineers, who cited dangerous levels of deterioration. As McGowan noted, Centennial Yards developer CIM Group tore the bridge down and is now rebuilding it.

Site plans and drawings obtained by Urbanize Atlanta show the bridge lined with public seating and landscaping but no space for vehicles, unlike its previous use as a two-lane street. The project was approved by the city for construction in June.

The Steven & Wilkinson firm is listed as the project’s architect, with Perkins + Will serving as landscape architect.

Eventually, Centennial Yards is expected to repurpose or create at least a dozen city blocks in the shadows of State Farm Arena and Mercedes-Benz Stadium, costing upwards of $5 billion. It’ll be backed by a nearly $2 billion tax-incentive package—the largest in Atlanta history and subject of a previous lawsuit.

The master plan was changed this year to make Centennial Yards more of an extension of surrounding city blocks by continuing the style and scale of existing buildings, while adding what project officials call increased walkability and access. 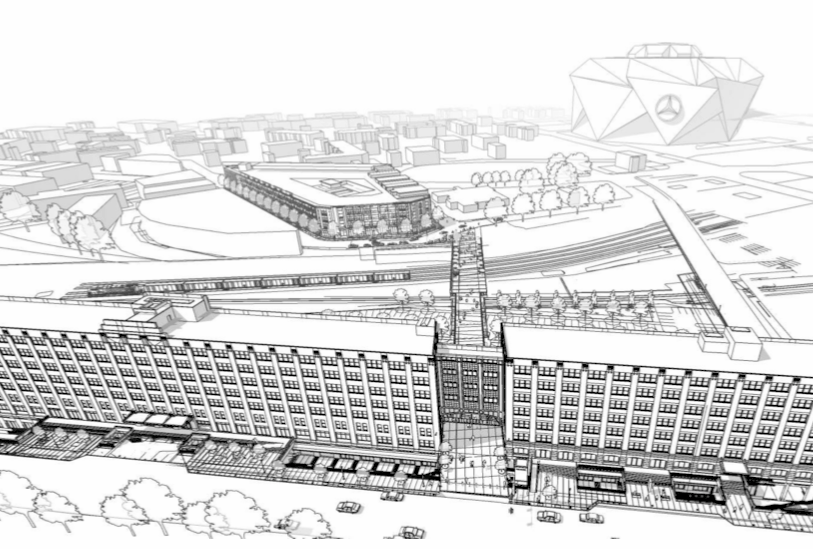 Overview of the pedestrian bridge into Castleberry Hill. Stevens & Wilkinson