The snaking strip of concrete might be small, but the impact is already mighty, according to those who built it.

Atlanta Mayor Andre Dickens is expected to lead the official ribbon-cutting Saturday for a PATH Foundation project called the Northside Underpass in Buckhead.

Although PATH has been building trails around Atlanta and the Southeast for more than 30 years, longtime PATH project manager Pete Pellegrini called the Northside Underpass “probably one of the most impactful projects” the agency has ever done.

“It’s small, but it’s got a big punch,” Pellegrini said in a PATH announcement, “and the big punch is that we’re linking two major greenspaces that people on a regular basis tap into." 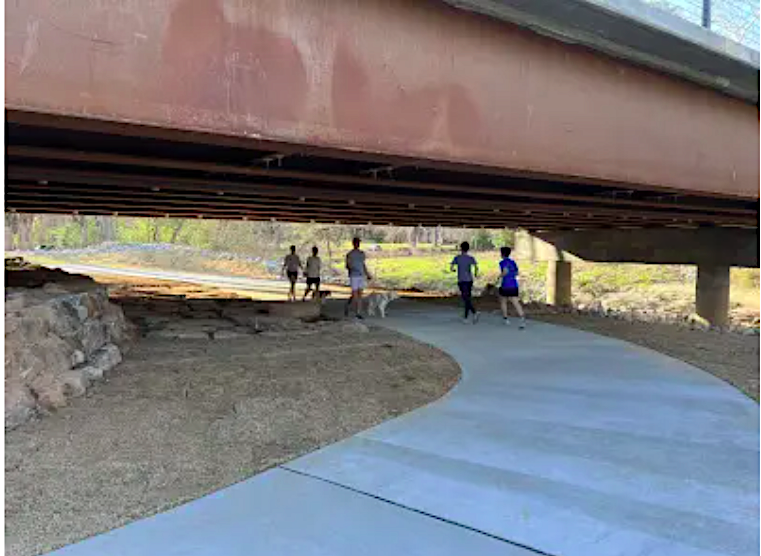 PATH has identified and advocated for $28 million that would go toward 11 trail projects—roughly 10 miles, collectively—included on the Moving Atlanta Forward project list, to be decided during next week’s primary election.

Greta deMayo, PATH’s executive director, recently told Urbanize Atlanta that if voters approve the bond and TSPLOST funding, her agency will work alongside ATLDOT to implement each of them over the next five years, while continuing to raise philanthropic support.