A wide range of new employers, robust leasing activity, and a surprisingly youthful population is positioning Dunwoody for a strong rebound from the global pandemic, according to city leaders.

The City of Dunwoody is taking stock of recent office leasing successes as workers begin making their way back to physical workplaces en masse.

In the past year and 1/2, five new businesses and corporations have leased large blocks of existing buildings in the Central Perimeter city—most of that during the COVID-19 pandemic—while a national staffing company has claimed the entirety of the new MARTA-connected Twelve24 office tower.

The result is that Dunwoody office vacancy rates have dropped to 20 percent, which city leaders say underscores the attraction of Class A office options, available talent, and the city’s growing retail and dining options.

That’s slightly lower than metro Atlanta’s 22.2-percent office vacancy rate as of Q1 this year, according to Cushman & Wakefield. The metro’s vacancy rate has climbed incrementally each quarter since the onset of the coronavirus pandemic in 2020, the company's analysts have found.

Office vacancies for the Central Perimeter area overall were closer to 25 percent, according to Cushman & Wakefield.

“It’s encouraging to watch our office space fill up as the area continues to grow,” Michael Starling, Dunwoody’s economic development director, said in a prepared statement. “Organizations [are] identifying Dunwoody as a home base for their employees to come together and collaborate after a year-plus of working from home.” 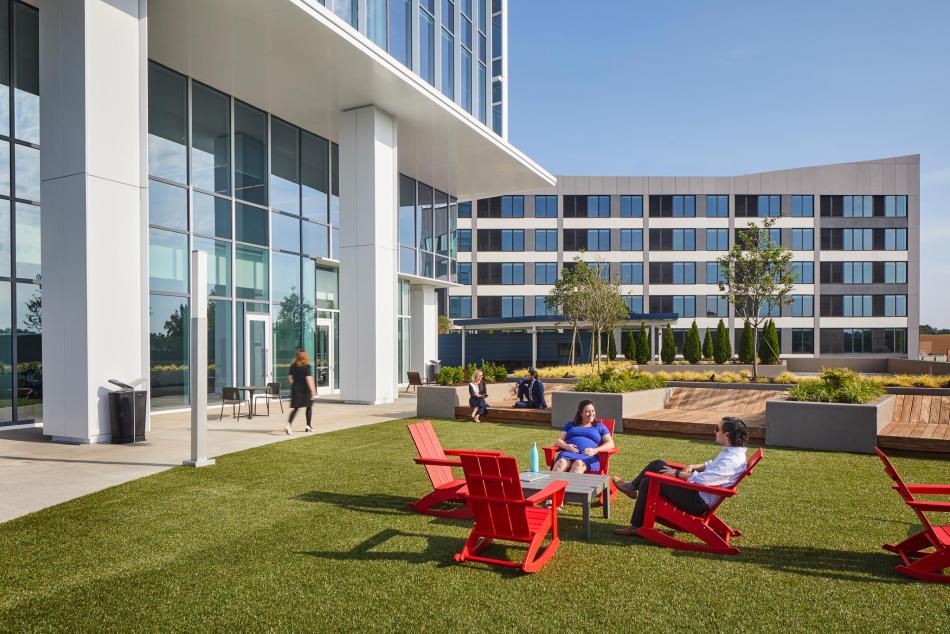 An amenities level at Dunwoody's new Twelve24 building, which is connected via a skybridge to the city's MARTA station. Courtesy of Twelve24/Trammell Crow Company

That building is connected via a skybridge to the Dunwoody MARTA station, with Iron Hill Brewery & Restaurant signed on to take part of 11,000 square feet of retail at street level.

As Starling and company noted, the businesses are expected to supply jobs for Dunwoody’s growing population, which is now comprised of more than 50 percent Millennials and Generation Z. 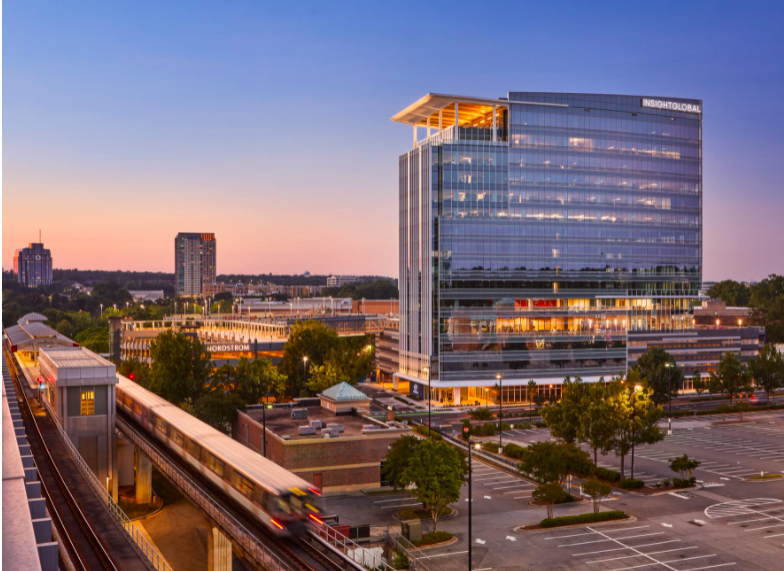