Maybe you’re heard the former auto garage is becoming a pizzeria operated by purveyors of a popular Atlanta bagel shop—a rumor that’s made its way up to neighborhood governing boards.

Neither of those scenarios is happening, according to the new owner of a Whitefoord Avenue corner property in a buzzy location that armchair urban planners have likened to Edgewood’s “downtown.”

The site in question, now cleared of inoperable automobiles, is located just north of Whitefoord Avenue’s intersection with Arkwright Place. The Eastside Trolley Trail—a forthcoming PATH Foundation connection between the BeltLine and an existing trail system that runs through Kirkwood—is expected to begin construction through the crossroads soon. 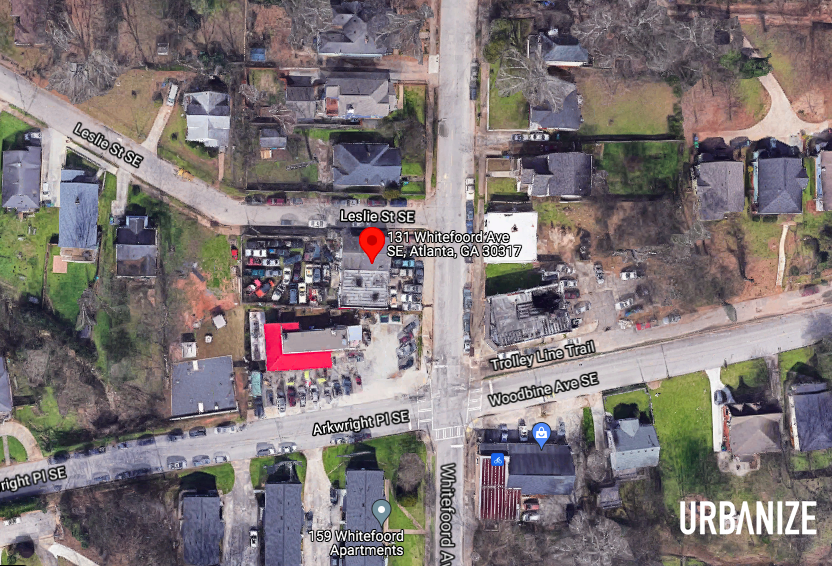 The Edgewood intersection in question, prior to the auto business being cleared out and the next-door taqueria's many side-yard expansions. Google Maps

Next door, the taqueria has swelled to almost 10 times the size of its original 14-chair seating capacity two years ago. It now counts a 7,000-square-foot patio with enough spaced-out seating for 135, plus fire pits.

Back in the 1950s, an entrepreneur built the property’s lone cinderblock building as a three-bay auto repair garage, and for roughly the past two decades, it operated as Rudy’s Auto. 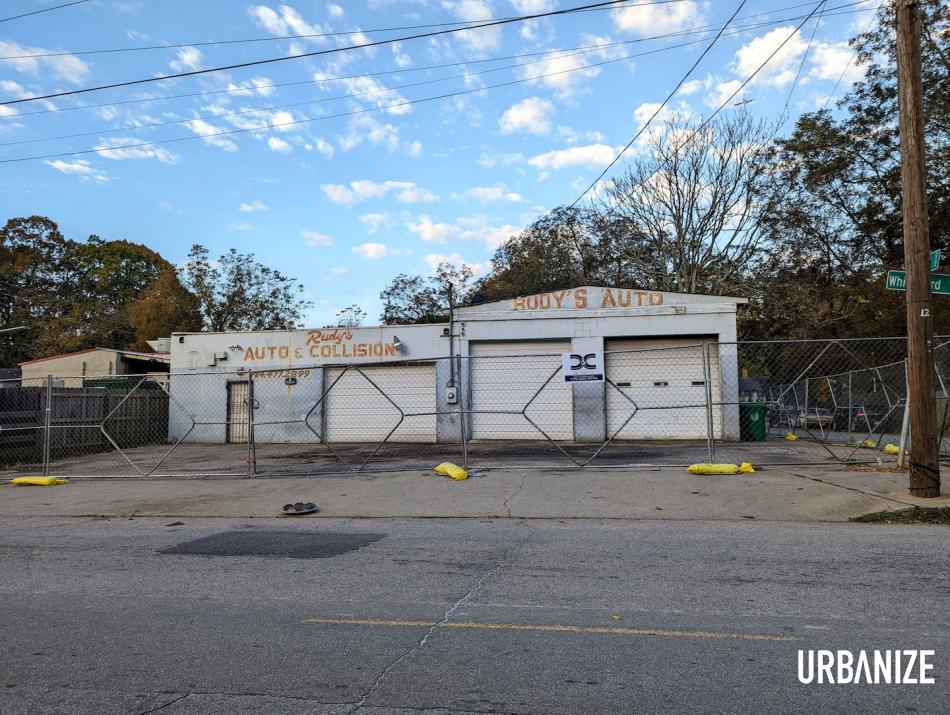 “Rudy had been leasing from a couple,” Weinstein wrote to Urbanize Atlanta via email. “I’ve known [him] for about 17 years and wish him well, wherever he lands.”

Weinstein said lingering, pandemic-related impediments in the construction industry mean that renovations to the property won’t happen overnight, but he expects to know more by early next year. A 10-foot alleyway to the west of, or behind, the site’s building will be incorporated into plans, he noted.

Parking in the area has been a source of neighborhood and business concerns.

“We just closed the purchase of the property,” said Weinstein, “and though we have an idea of the direction we’re going, we don't yet have enough set in stone to share.” 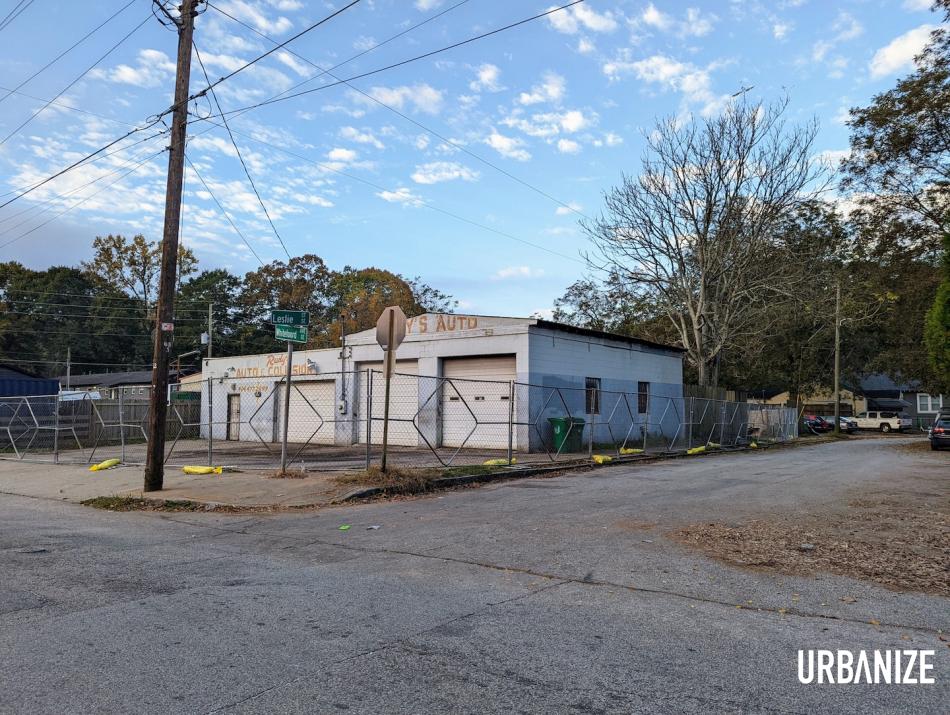 Promises of more retail and restaurant options have cropped up lately beyond Edgewood’s normal locations for such uses: Memorial Drive, Moreland Avenue, and the Edgewood Retail District.

A restaurant from the team behind East Atlanta Village’s Banshee and a wine bar/shop concept were recently announced for Edgewood’s mixed-use redo of MARTA station parking lots.

And a massive, 700-home proposal by Toll Brothers, located just east of the MARTA hub, would also see a retail component, per the most recent plans.