First, the good news for Atlanta greenspace enthusiasts: After four years of construction, setbacks, delays, and fencing around the perimeter, Vine City’s centerpiece park has an official opening date:

That morning will see Atlanta Mayor Keisha Lance Bottoms and other dignitaries cut the proverbial ribbon on Rodney Cook Sr. Park, according to The Trust for Public Land officials. The 16-acre greenspace will provide needed Westside parkland and eliminate chronic flooding issues that had plagued Vine City for decades. 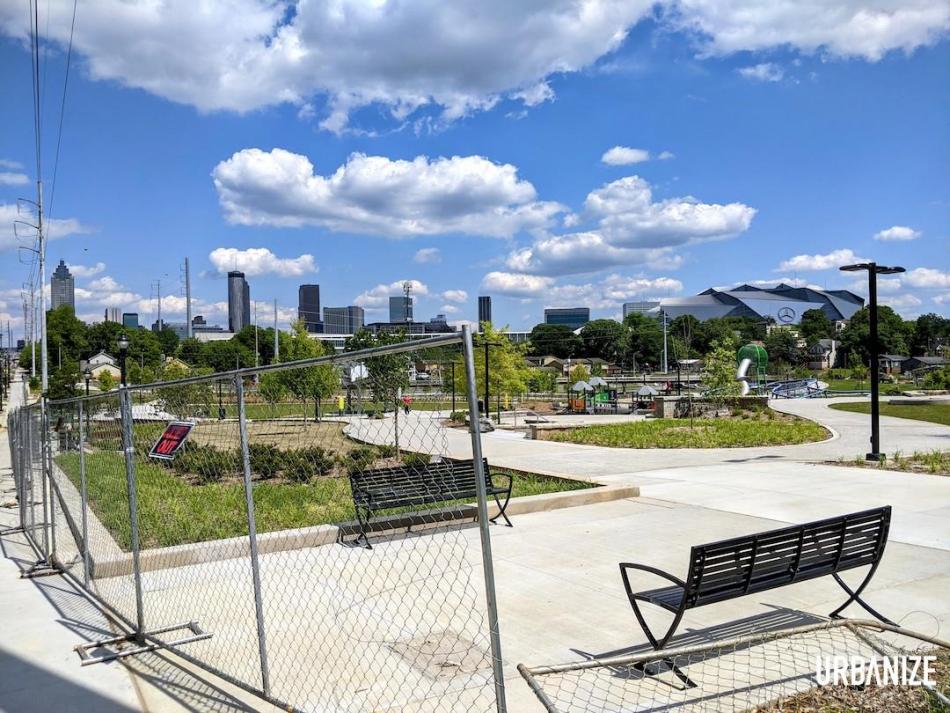 Meanwhile, about two miles away, the outlook’s a bit foggier for an even bigger deal in terms of intown recreation.

The first phase of what’s set to become Atlanta’s largest greenspace—now simply called Westside Park—has been expected to officially open in late spring or early summer this year, per city and parks department leaders. As of this past Sunday, it’s technically summer, but Westside Park remains closed.

“We don’t have an official opening date at this time,” Julian J. Hills, deputy press secretary with the mayor’s office, wrote to Urbanize Atlanta in an email today. “Hopefully we’ll be able to provide you an update in the near future.”

Efforts to create a BeltLine-connected park around the water reservoir that used to be Bellwood Quarry date back some 15 years, through three mayoral administrations. 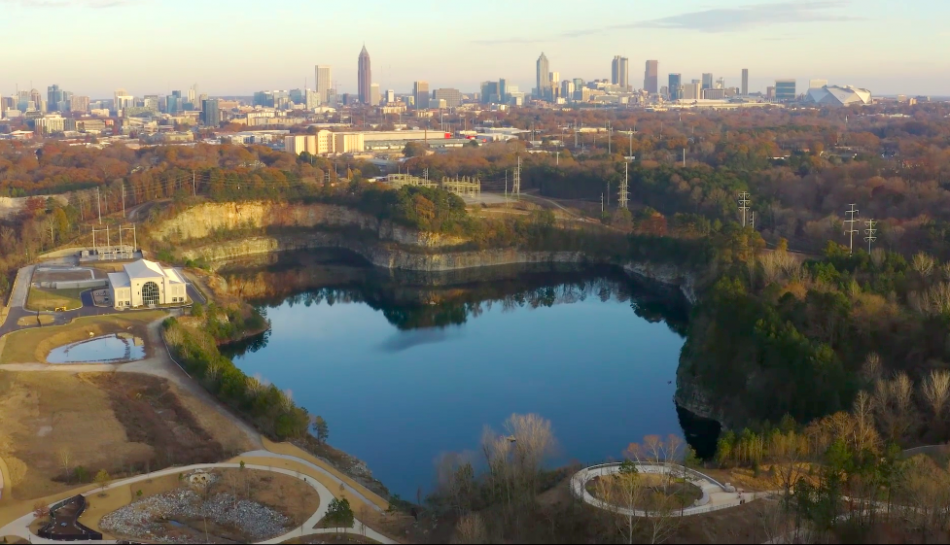 Ground broke in 2018, but the pandemic delayed opening plans and changed the scope.

An expanded phase one will now see $44 million worth of work when the gates open. Expect large sculptures, a playground and open fields, plus two and ½ miles of ADA-accessible bike and walking trails linked to the marquee attraction: the “grand overlook” on the high cliffs of the former quarry.

Eventually, Westside Park is slated to expand across 280 acres, dwarfing Piedmont Park by nearly 100 acres as the largest in Atlanta.

Back in Vine City, patrons next week can expect a more expansive version of Historic Fourth Ward Park on the flipside of downtown.

The park’s 10-million-gallon retention pond is designed to solve the area’s flooding issues. Amenities include a rock-climbing structure, splashpad, restroom building topped with a skyline overlook, dynamic playgrounds, wide sidewalks built to accommodate farmers markets and festivals, multi-use sports courts, a great lawn, and a terraced bank of seating for picnicking with views of the city.

The most impressive feature, however, could be a 650-foot steel bridge that swoops over the water.

Cook Park was originally expected to open in spring 2018. Parks officials over the years have blamed delays on surprises with unsuitable soils, issues with underground utilities, exceptionally rainy seasons, and more recently the pandemic.

In April, the National Monuments Foundation and city officials installed a statue of late Congressman John Lewis, created by sculptor Gregory Johnson, in the heart of the new park.

Overall, the $35-million greenspace investment was funded by the city’s departments of Watershed Management and Parks and Recreation, and the Trust for Public Land. The park’s name pays homage to Rodney Cook Sr., the late city leader and Georgia state representative known for championing civil rights.