The largest new development along the Atlanta BeltLine to date is preparing to make its public debut soon.

That’s the word from New City Properties, which is readying plazas, a grand staircase with water features, and other public spaces designed to capture foot traffic from the BeltLine’s most popular segment in Old Fourth Ward.

Jim Irwin, New City president, told Urbanize Atlanta in an interview last month the fences could come down at Fourth Ward project as soon as January—or as late as March, but definitely in the first quarter of 2023.

The variable, at the time, was ongoing negations with a potential community pop-up retailer that would temporarily occupy a marquee retail space off the BeltLine and better activate a plaza. Preparing that space would take some time and potentially bump back the removal of fences, Irwin said.

“We’re about to make a bunch of big retail announcements in the next several weeks,” Irwin teased in November. 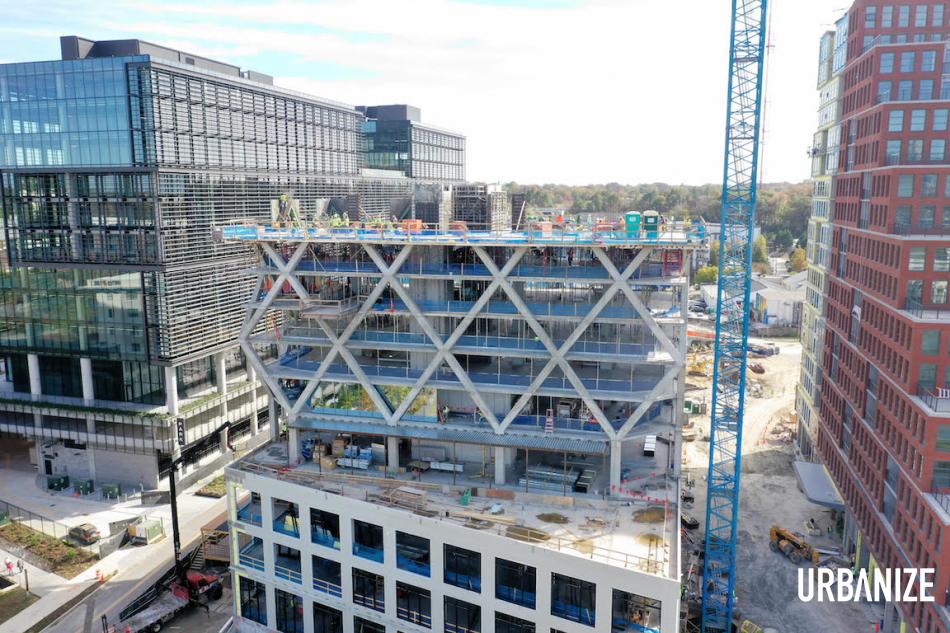 Designed by New York City-based Morris Adjmi, the 75-key boutique hotel property will operate under its own brand and include a fitness and social club with an outdoor pool and elevated amenity spaces.

Elsewhere around the potentially $1-billion, multiphase venture, the new brick-clad apartment building that fronts Historic Fourth Ward Park is expected to start leasing in February, with first move-ins in April. Mailchimp is scheduled to start moving into its new 335,000-square-foot headquarters late next summer in the first two office buildings, where roughly 70,000 square feet of space remains available, Irwin said.

Construction of a third, taller office tower along the BeltLine has been delayed by a couple of months by logistical concerns, said Irwin. New City still expects that component to deliver in 2024, like the rising boutique hotel building also on site.

“Like everything in life, [the third office tower] is just taking a little longer than I’d hoped,” Irwin said. “We’re staging for construction to begin. While a lot of projects are being put on the shelf, this is not.”

The first three buildings in phase one are being constructed over a 1,250-space, subterranean parking deck that will be shared by all uses. Future phases of the project will include approximately 1.2 million square feet of additional density, Irwin has said.

For this latest installment of Renderings vs. Reality, find a before/after comparison below, and head up to the gallery to see how the multifaceted Fourth Ward project is stacking up against its plans. 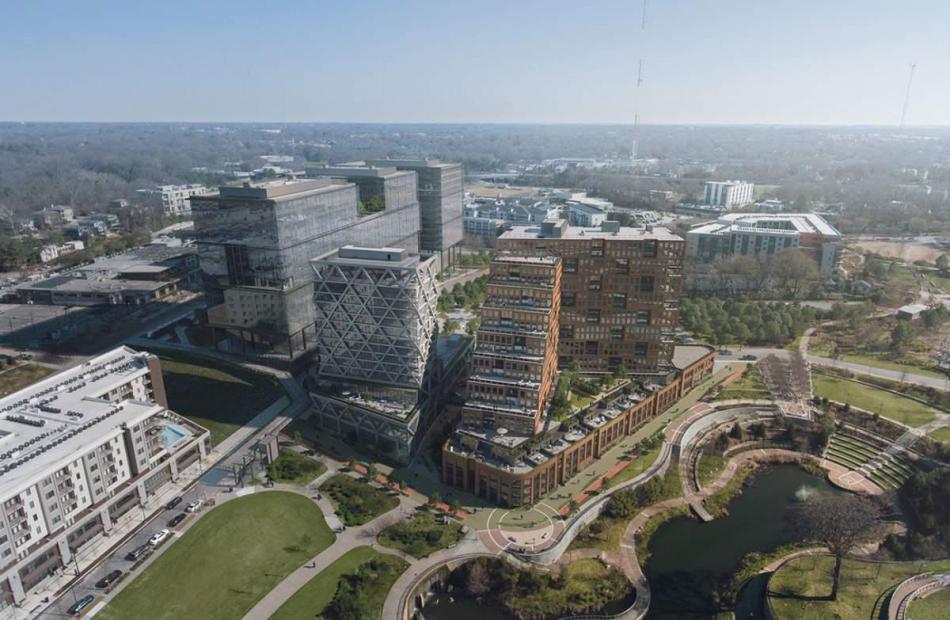 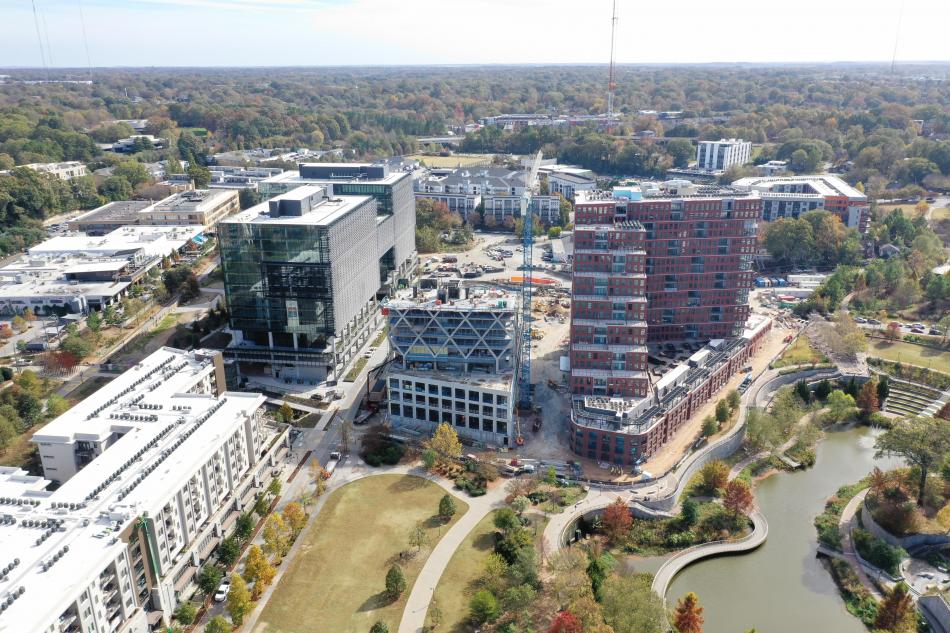